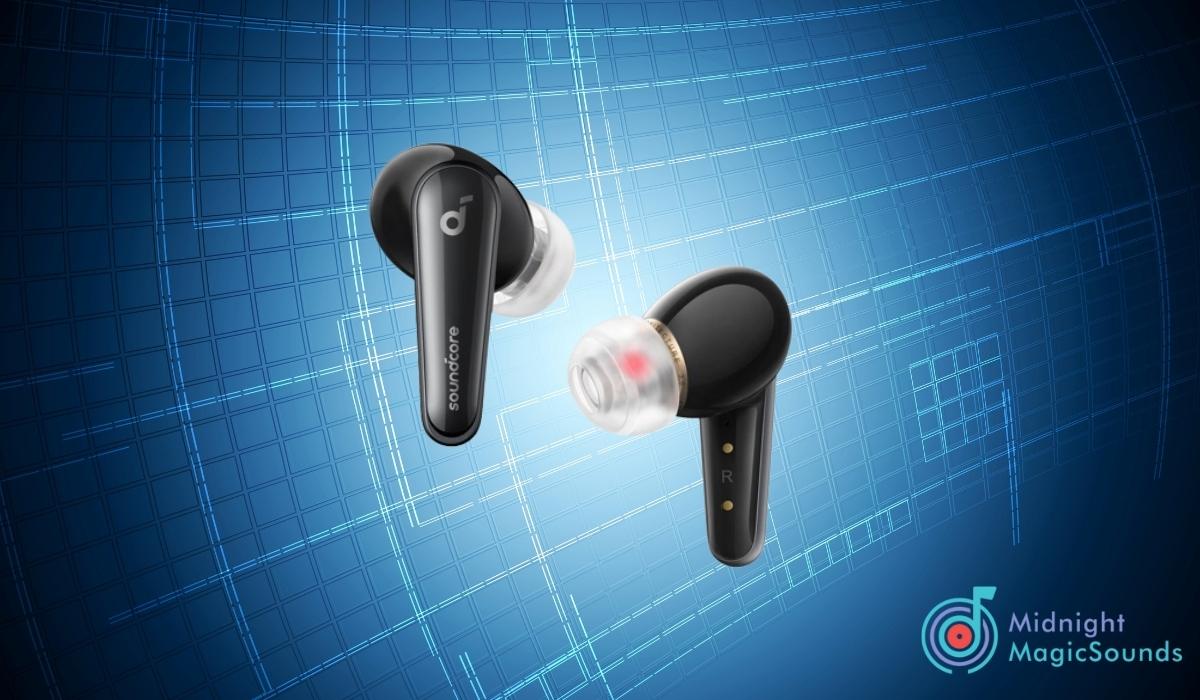 Anker’s brand-new flagship set of earphones is loaded with so many functionalities that they might very well compete with Apple’s AirPods Pro 2 – and they offer something that even Apple’s best earbuds don’t have the capability of doing.

These earbuds belong to Anker’s Soundcore line of audio products and are known as Liberty 4. They will be equipped with some of the same capabilities as the AirPods Pro 2, such as active noise cancellation through the use of HearID ANC and spatial audio. 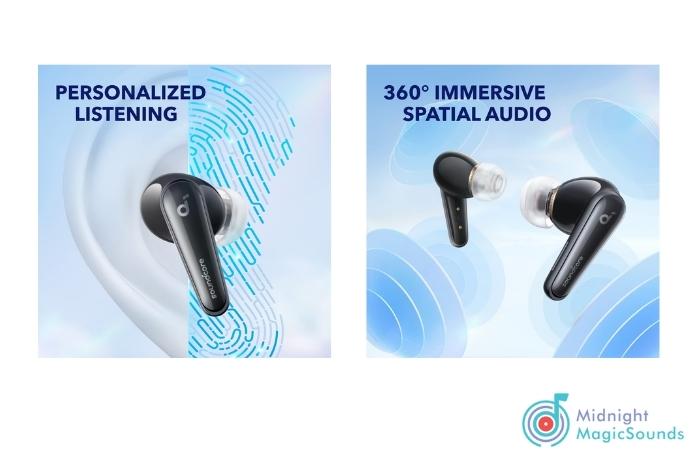 It’s not the first time that Anker’s products are listed on MidnightMagicSounds. Our author Raymond, a musician, and journalist with over 13 years of experience, has compiled a list of the 7 Best Anker Wireless Earbuds in 2022.

Does this sound familiar? An AirPods Pro-beating temperature sensor was also scheduled to be in the outstanding Honor Earbuds 3 Pro. Still, the USP was scrapped after Honor failed to win regulatory approval for the feature in crucial European regions.

At least Anker appears to have mastered the art of monitoring your ticker, though! According to the instructions on the brand-new Liberty 4, you have to activate the heart rate sensor through the Soundcore app before using it; no additional equipment is required.

Soundcore asserts that the sensor is able to determine the amounts of oxygen in the blood and that it does so by activating a little red light. The manufacturer mentioned that the function was designed more for general health and fitness use rather than as a piece of proper medical equipment; thus, it is possible that it is not the most accurate.

The Liberty 4’s spatial audio, which builds on the functionality of the other elements, is designed to give customers the impression that the sound of music completely engulfs them.

Because of this, the sound quality will not change, no matter which way you turn your head. Built-in gyroscopes, which allow for dynamic head tracking, are another helpful addition to this capability.

According to Soundcore, HearID ANC  (Adaptive Noise Canceling) is different from other noise canceling capabilities since it changes itself about the environment in which it is being used. HearID ANC will be more noticeable in loud contexts, such as public transportation, and less in quiet places.

Additionally, with the help of HearID, you are able to generate individualized equalization settings for various kinds of audio using the official app. Additionally, there are Music Modes and Movie Modes, which, just as their names imply, are specialized audio setups for their respective types of entertainment (music and movies, respectively).

On a single charge, the playtime is predicted to last for nine hours, but when combined with the wireless charging case, it can last for up to 28 hours. However, the amount of battery life lost is proportional to the features that are now being used.

When using HeadID ANC, the playtime is reduced to seven hours, and when spatial audio is added on top of that, it is reduced to five hours, as stated by Soundcore.

More info about the product

The Liberty 4 seems to have a lot going for it at first glance, but we still have some questions about it.

To begin, there is not a great deal of information provided about the presenters. It is known that each bud contains “two dynamic drivers,” which, according to Soundcore, are capable of producing “crisp sound” with “deep bass.”

And suppose you have a look at the product page. In that case, there is a certification for LDAC, which is an audio codec developed by Sony (opens in a new tab) that guarantees a high-quality sound feed via a wireless connection.

However, the IPX rating, which indicates how resistant a product is to water, is entirely absent. Even while the earbuds aren’t technically considered to be fitness devices, it’s not hard to picture someone putting them in their ears before going for a run.

It would be helpful to get some information about how well the Liberty 4 earbuds hold up in wet conditions. If Soundcore responds to our inquiry, we will adjust this article appropriately.

Having said all of that, a set of Liberty 4 earbuds can be purchased for the price of $149.99, which is $100 less than the price of the AirPod Pro 2. Midnight Black is the only color that is currently in stock, but Cloud White should start shipping out sometime before October 20.

If the Liberty 4 earbuds grabbed your attention, you might also be interested in MidnightMagicSounds’s picks for the best earbuds for the small ears of 2022. We have compiled a list that consists of both the highest-performing models and the more cost-effective alternatives. 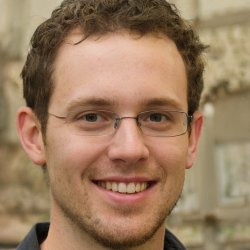