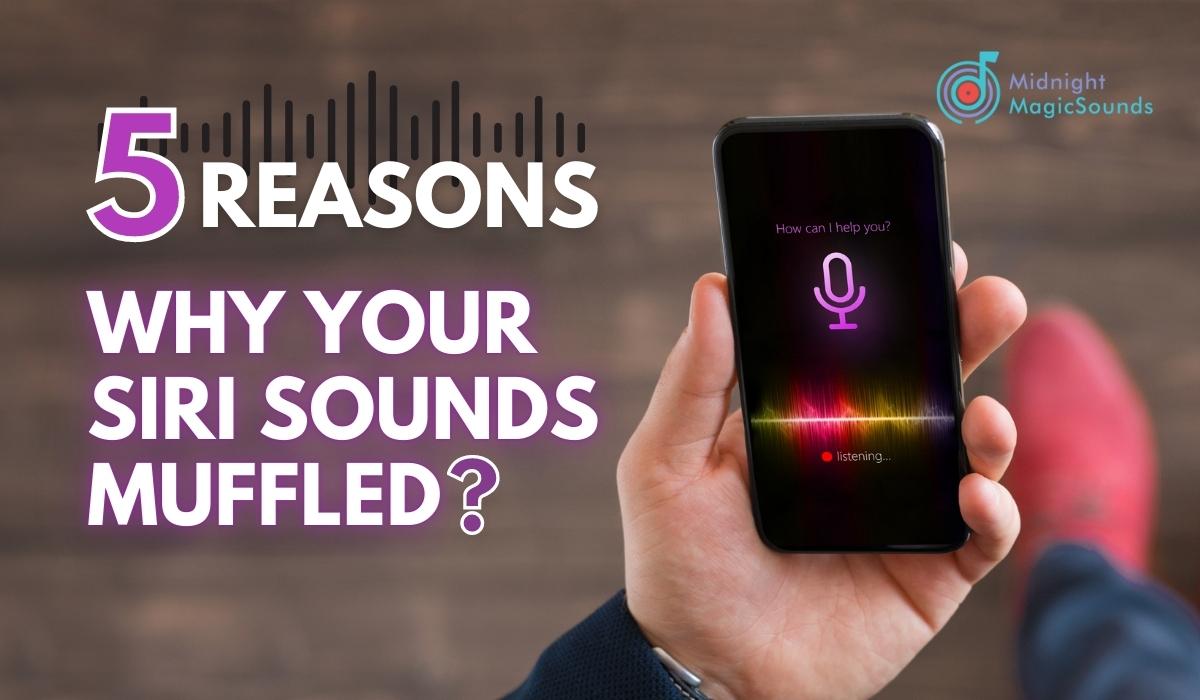 As you can see, conversations with Siri can get very… interesting. Let’s be honest–it’s a bit creepy that you have this creature constantly with you, listening to every word you say. And as a cherry on top, this AI doesn’t appear completely… hinged.

Now, imagine all that weirdness, spying, and miscommunication, but the voice that answers back sounds muffled or obviously robotic. And your name just happens to be Dave? Yeah, not fun.

Though, something that’s more frightening than Hal throwing a tantrum? Siri sounds weird. More likely because your first thought is “something is wrong with my phone”, not “machines are taking over”.

Long story short, there’s a range of reasons this could be happening. So, let’s see why does Siri sounds muffled and what can you do to fix it.

5 Reasons Why Your Siri Sounds Muffled?

Is your phone running out of juice? Is it set on the low power mode? If you’ve answered yes, problem solved.

But this never happened before, I hear you say. Well, if your phone is over 6 months old, your battery is probably aging less like fine wine and more like that can of sardines you’ve opened last month than forgot about. Welcome to the joys of the tech industry.

Switch from low to normal power mode, and keep your phone charged. That should do the trick unless it’s a bigger issue.

If you ever wondered why Siri sounds muffled when you’re using AirPods, it’s because they are dirty. You may not notice this when listening to a human voice, but it becomes jarring when Siri speaks.

Keep the pods clean by cleaning them regularly with alcohol wipes. They are the safest tool for the job since alcohol evaporates quickly and won’t damage your electronics.

Recommended: Why Does My Audio Interface Crackle? [Solved]

Issues after an update.

It seems like everyone had this problem when they updated to iOS 15.1. Overnight, everyone was complaining and googling how to fix this problem. To quote one poster, “I thought Evil Siri was taking over.”

There was another update less than a week later that solved this issue. In the meantime, some users found Siri sounds normal after switching from low to normal power mode.

If the update is the cause, you can’t do much but wait. And make some noise on the interwebz.

Have you tried turning it off and on again?

You should reboot your iPhone and/or iPad at least once a week. Yup, that’s correct. A lot of minor issues disappear on their own after a restart.

Turn off the device and leave it off for at least 5 minutes. It’s fine if it’s charging but disconnect all other peripherals. Turn off the Bluetooth as well, especially if your phone or tablet is connected to a lot of things. Then, just let the magic happen by itself.

Recommended: How to Stop Mic from Picking Up Keyboard Noise

Do you have a lot of third-party apps on your device? They could bug down your iPhone or iPad.

The best thing to do is to choose minimalism. Take your time and remove all apps that you’ve downloaded on a whim and rarely use. In the future, download nothing from untrustworthy sources, no matter how fun it looks.

Your browser can also be a problem. All those cookies slow your device down and can impact the way your device operates. Use a VPN and an ad and tracker blockers, or switch to a private browser like Brave, Avast, or Onion.

If nothing listed above works, it could be time for a hard factory reset or an appointment with one of the Geeks. They will know the best reason why Siri sounds muffled and if it’s a symptom of a bigger issue.

Usually, it’s not one problem that you can solve on your own, but many issues that are way above your pay grade.

Yes, you can reset the device yourself, but I recommend against it. At the very least, a Geek will know if the reset is needed in the first place or if it is completely unnecessary. In the end, you can also wait. Sometimes the issue is temporary and will clear by itself. 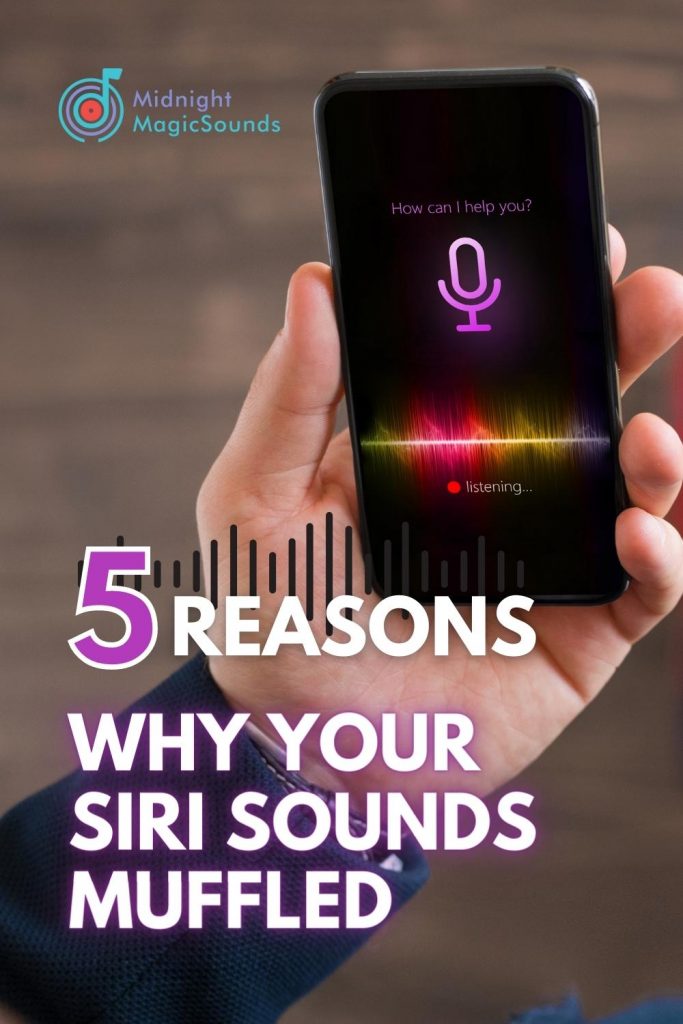