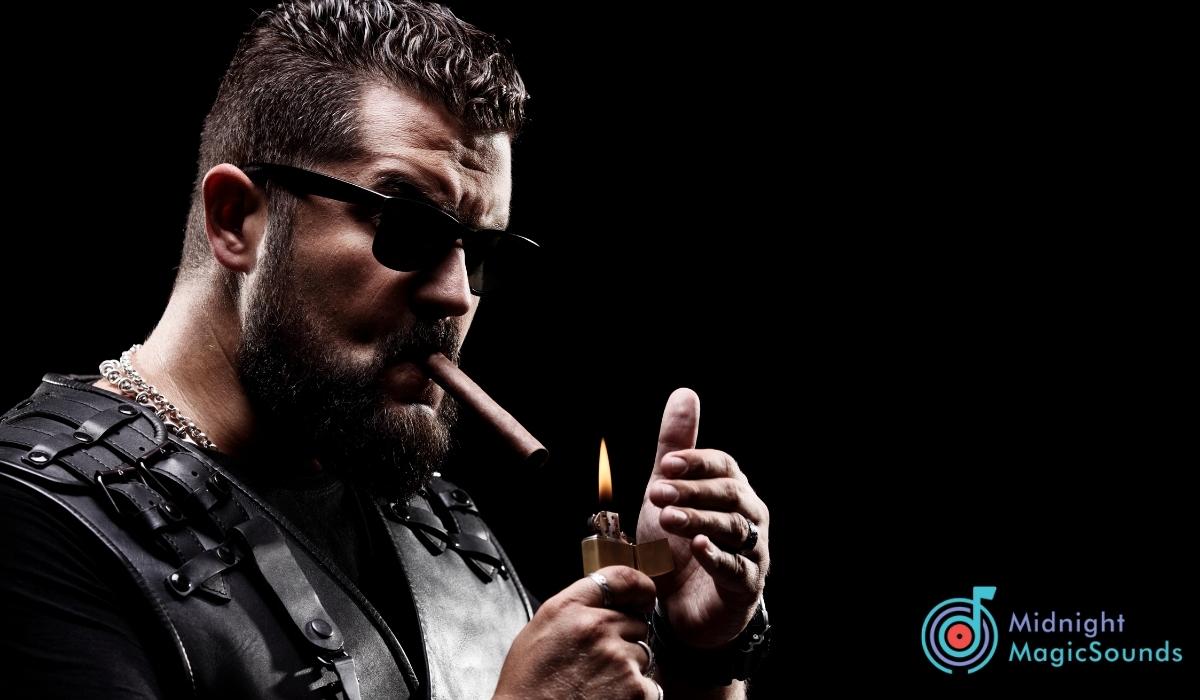 Listening to songs that make you feel like a badass can make you feel like you are invincible, awesome, and strong. We all need that adrenaline to push us most of the time, and a peculiar pace that we can get that boost of confidence and courage to deal with life is by listening to music.

Music in the badass category cuts across all genres, and the message is quite similar from all composers despite them telling different stories. Perseverance and pushing yourself will make you achieve any set goals.

You are more badass than you realize; you need to listen to this compilation I created of some of my favorite songs to empower you. The more confident you are in life, the easier it is to walk through the valley of the shadow of death as the legendary badass artist Coolio.

21 Best Songs That Make You Feel Like a Badass

Here is a compilation of songs that always makes me feel like a badass whenever I listen to them.

You can’t have a list of songs that make you feel like a badass, and the track misses out. Gangsta’s Paradise has over a billion views on YouTube, and the song has been used as a soundtrack in many action movie films.

The song is about the gangster life that many young men strive to live. It was released in 1995 and has topped many charts throughout the years. Unfortunately, Coolio recently passed away.

This is one of the popular songs that make you feel like a badass that you are already jamming to. The song never gets old every time I listen to it.

Will I Am incorporated various artists, and it’s amazing how all artists made an effort to make this song become a hit. From the rap flows, hook and chorus, the song is a gem.

I just discovered this song recently, and it’s quite sad to know that the featured artist Juice WRLD passed. Out of all artists that Eminem featured in his songs, this was the one that stood out.

He compares himself to Godzilla for two reasons: first because he goes hard and second because just like Godzilla, Eminem also spits fire as a rapper.

50 Cents has numerous songs that make you feel like a badass, but this piece stands out from the rest. After an attempted assassination that left him near death, he survived and came out stronger.

“Many Men” accounts for the rapper’s incident that led to him being shot nine times, surviving and recovering. The song gives hope and triumph over challenging situations that you may be facing.

After an ongoing musical beef between East Coast and West Coast hip-hop artists, this piece from 2Pac featuring Outlawz was a nail in the coffin.

“Hit Em Up” is undoubtedly the greatest diss track ever recorded and ended the series of back-and-forth tracks from the two groups. The only thing that stopped the artist was getting shot, but his music continues to live forever.

There is nothing that shows courage and being a badass by manifesting courage towards whatever tribulation you are facing.

This song by Eminem sends the message to us not to be afraid to take a step to walk a path that seems complex. For the artist, it was about his ability to face his challenge of drug abuse and seeking help to get better.

This piece has one of the best hooks and chorus by Rihanna. From the title, you already know it is one of the songs that make you feel like a badass.

The song is perfect in all aspects, making it a valuable piece to listen to regularly for entertainment and physical training. The artists on the song have the best rap rhythms that complement each other.

Released over 2 decades ago, this piece has aged gracefully to become one of the most popular songs on the planet.

With billions of streams across various platforms, the song solidifies the mogul status of one of the best music producers, Dr. Dre. The song opens up with one of the most popular piano melodies that is recognizable in the rap genre.

9. Can’t Tell Me Nothing – Kanye West

Can’t Tell Me Nothing is, according to Kanye West himself, one of his favorite songs. In the track, he raps his haters and critics, and calls them out.

The backing vocals are very iconic in my opinion. The song was slept on at the time, as his other single from the same album(“Graduation”), “Stronger” had stolen the show.

The song is kind of dark; even the beat will give you chills while listening to it. The bass at the beginning of the song is quite memorable. It is quite amazing how an artist created a song surrounding the character of Dracula and became popular.

The song was released on Tyler’s album titled “Goblin”. The only thing lacking in this piece is a music video to match its level of badass.

Wu-Tang is not only a rap group but also a movement that changed the hip-hop genre, making them highly respected.

Most Wu-tang songs that make you feel like a badass don’t match this piece, as it has the authentic hip-hop that is only prevalent to artists from the 90s. The beat and rap flow will go straight to ya neck, so you better protect it.

A true masterpiece, this song became an instant success as it topped the US Billboard Hot 100.

The song’s video pays tribute Japanese action movie “Lady Snowblood” by incorporating choreographed sword fighting scenes that are entertaining. If you want to feel like a rockstar, just like the artists, have a listen.

It almost seems like Ciara, the badass sensei, teaches us to have the best versions of ourselves. You can feel the energy when listening to the song and the effort the dancers and the artist put in.

This piece is my favorite workout song to get the motivation and encouragement I need when pushing myself at the gym.

The beat and the melodies from this piece are one of a kind, playful and entertaining. It samples the song “Our Neighbour” by famous soviet/russian singer Edita Piekha. No matter how many times I listen to this piece, I end up putting it on replay.

Danny Brown has the craziest rap flows and voice ever. His ability to switch from high pitch to aggressive is incredible, and only a few artists can master it.

In this piece, the artist raps about his history with drug experimentation and how it’s gonna lead him to his death. He compares himself to many other famous people who have died from an overdose, experimenting with various drugs.

If you could describe this whole song in one word, it would be “braggadocious.” Bruno Mars incorporated 80’s style music in this piece showing appreciation of the classical era of music.

This badass song won 7 Grammy awards including Record of the Year, and the artist received numerous awards and recognition.

After putting their minor differences aside, Meek Mill and Drake came together and composed this masterpiece that became an anthem.

It is the best beef ending song of all time, setting up great examples for young brothers to make peace to become great together. The artists brag about their growth and wealth throughout the song showing how badass they are.

18. Started From The Bottom – Drake

There is no more amazing feeling than persevering through setbacks and seeing progress in your life. I never get tired of listening to the piece because of the encouragement and hope that comes from it.

At the moment, Drake is in his prime, showing how great he is in creating music and his various business ventures.

The title “Feeling Myself” is common in songs that make you feel like a badass. As fans of the artists, we were graced by a song by two queens and up to this moment am in disbelief how the badass album that had the song lacked a Grammy award.

The song’s music video matches the audio’s quality but can be found on Tidal, a pay-per-view platform.

The song has been out for over a decade and is still as popular as the day it was released. The song became popular because of Busta Rhymes’s verse which stands out.

The verse became a challenge to most music lovers to master every word and be able to sing along to it. The song always gives me nostalgia for an era of great music.

Listening to this song reminds me of the simpler, fun times I used to have back then. Some would argue that this is the era where drake could rap before switching to other genres.

My opinion on his art is that he is a badass to be versatile and conquer every genre the artist composes music.

For me, music is the ultimate psychologist, as it can fire me up or calm me down. Listening to songs that make you feel like a badass can create a fire in your stomach that gives you the inspiration and courage you never knew you had.

From genre to genre, various artists have made some of the best songs that can inspire you and push you when you are emotionally and psychologically drained. Most of these pieces from various artists use lyrics that show triumph and courage.