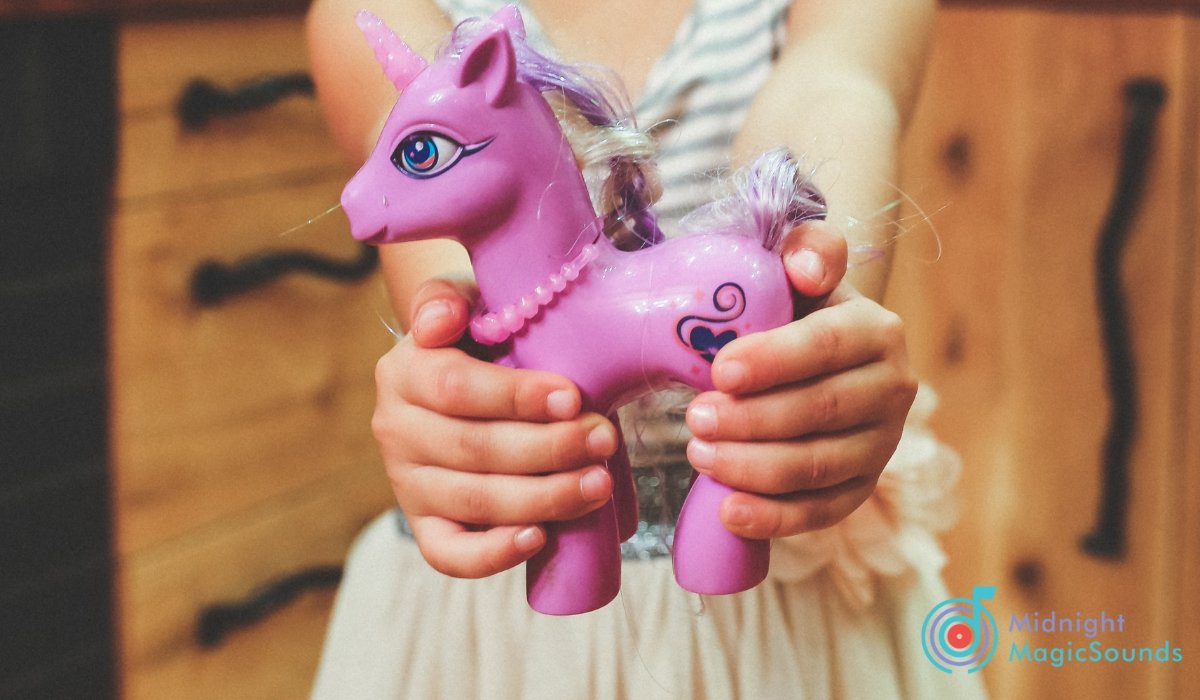 Although it is uncommon for famous composers to produce songs about toys, they can be a fun experience to listen to.

These songs remind us of our childhood and upbringing, and the nostalgia that most of us get from listening to them again is worth sharing with the next generation so that our children can experience it too.

The compilation I created consists of songs that primarily talk about toys and are mainly not limited to playthings. It is pretty evident that some composers use the word as a metaphor to insinuate a different meaning in their songs.

So take a break from your stressful day, and let me take you back to the good old day of your childhood when simple things like toys made you happy. These songs can be a gateway to unlocking old childhood memories and dreams you had.

The songs in this playlist consist of some great tunes.

The first song in this list is Barbie Girl, a true classic that will always stay in style. So far, the song has managed to gain over a billion views on YouTube, and they are steadily growing as time goes by.

Recommended: 21 Most Popular Songs About Insomnia.

2. The Man With All The Toys – The Beach Boys

If you are a fan of classic songs, then this piece and the entire Christmas album of The Beach Boys will entertain you. It consists of very entertaining songs.

“The Man with All the Toys” lyrics show that the season of Christmas is for gift-giving, and Santa has all the toys in the world to give.

The Teddy bear song was initially composed by Don Earl and Nick Nixon in 1972. There have been numerous renditions of the song since its release, but Barbara Fairchild was the one that made it popular.

It’s about an abusive or toxic relationship that the singer is in, and she wishes she was a Teddy Bear so she wouldn’t have to go through the suffering that she did.

Old Toy trains will be perfect if you want songs about toys for the festive season. This track is one of Roger Miller’s Christmas songs.

The song was a gift to Roger’s son, who was two years old at the time. Listening to this song always takes me back to old memories that I will live to cherish.

Come and Buy My Toys is one of the simplest compositions by David Bowie that is different from his usual style of music. The song presents a picture of childhood and happiness and then transition into adulthood.

It was released in Bowie’s debut album, so he was very new to the scene.

Recorded for the soundtrack of Elvis Presley’s second feature film, Loving You, the song showed the side of the king of rock and roll that was sweeter rather than people thought.

Because of this piece, thousands of fans would send a teddy bear to Elvis as a birthday gift.

In this song, Ed Sheeran uses Legos, a popular toy for building structures, as a metaphor for a relationship. The song is from his debut album and his first piece to reach number one in any music charts.

To celebrate the achievement and a significant milestone in his music, Ed bought a bunch of logos to build a toy spaceship to celebrate with his friends.

“Give The Jew Girl Toys” is probably the most controversial song about toys. The song was composed by Sarah Silverman, and she aimed to poke fun and create humor through controversy in her program.

The song addresses social issues such as religion, celebrations of festivities, and how children from the Jewish faith don’t get toys during Christmas.

Sonny Bonny originally wrote the song for his wife, Cher. In the song, the lyrics show the main character reminiscing on her past childhood memories while playing with her boyfriend with toys and later growing up to be married.

Things take a turn as he eventually leaves her and she becomes devastated. It is Lady Gaga’s vocal prowess that makes this rendition stand in the same class as the original piece.

While Melanie was known for passionate antiwar songs, she was afraid of releasing this silly song as most of her fans would never take her seriously after that.

To her surprise, the song managed to top the charts in the United States, thus becoming one of her most successful songs. It’s about her crush on a boy who turned out to have a girlfriend.

This song is from the band’s third studio album, and Steven Tyler and Joe Perry wrote it. The song is about losing your mind and going insane.

The song’s simplicity and rock instrumental contributed to it being among the top tracks of 1975.

Misfit Toys is part of the Arcane League of Legends soundtrack, a popular game turned animated show. The artists in this piece perfectly encapsulate the dangers of looking down on certain people in society; they will always push back.

The people in the society in this show that stir up revolution identify themselves as misfit toys, and their determination leads to the downfall of the upper class.

This carries a different message because most of the tracks in this compilation of songs about toys encourage children to embrace the play objects.

It has subtle hints of what society has become, and probably the band is trying to warn us to wake up. It warns about the materialism promoted and loved by the population.

This is a famous song that Julie Andrews sang in the popular musical Mary Poppins. It was released in the 1960s, and there have been remakes of the movies due to popular demand.

Views grow as we grow older, as we learn to appreciate the magic that happened in our childhoods.

The song by Martika has a fascinating combination of visuals and sound. Though the song might outwardly seem like a jam to rock while playing with a friend, it is sadly a melancholic ode about battling addiction.

The song’s lyrics put into perspective that the drug problem can ruin us, similar to how toy soldiers fall down. The artist composed this piece after witnessing a friend get hooked on cocaine.

Recommended: 21 Most Depressing Songs Of All Time.

After being involved in many rap battles, Eminem had enough of hip-hop artists dissing each other rather than embracing each other. He used the chorus of one of his favorite childhood songs, the previous song in our list, to show rappers that they are controlled by a third party.

The lyrics point out several artists who had ongoing beef and the visuals showed the consequences.

Though it might seem that it has a silly title, this piece is a sophisticated classical song set in 6/8 time. The song is regarded as one of the best songs of the 1930s, and the clarity of the orchestra recording is quite astonishing.

Since its release, the song has contributed to fond memories between children and their parents from generation to generation.

The next track in this compilation of songs about toys is Rupert the Bear, which was a popular children’s show in the 1990s. It originates in Britain where Mary Tourtel created the character that first appeared in 1920.

It is a well-known and loved children’s toy.

19. Puppet On A String – Elvis Presley

Though puppets are considered playthings that can be controlled, Elvis decided to use the toy to describe what he is willing to be for the person he loves.

This romantic ballad is one of the best songs by Elvis as we are introduced to a softer side of the legendary icon.

This song enjoyed massive success right after it was recorded for the first time. It sold over 2.5 million copies and hit number one on the music charts of 1958, remaining there for about a month.

The characters were created by Ross Bagdasarian and have been a major part of many people’s childhood memories over the years.

The last song in this compilation is a romantic song that uses a toy as a tool in the declaration of love by the singers. The vocals of the composers are on point, and you will not get tired of listening to it if it is part of your playlist.

The track has a muscle shoal sound on its tune as one can hear the funky instrumentation marked by cranked-up bass and drum, creating a nice groove.

The playlist contains some of the greatest songs about toys ever recorded, and it is evident that the word has numerous interpretations by different artists.

While some concentrate on making music about toys to suit the younger audience and create memories that last for a lifetime, most are using it as a substitute that might be easy or hard to decipher.