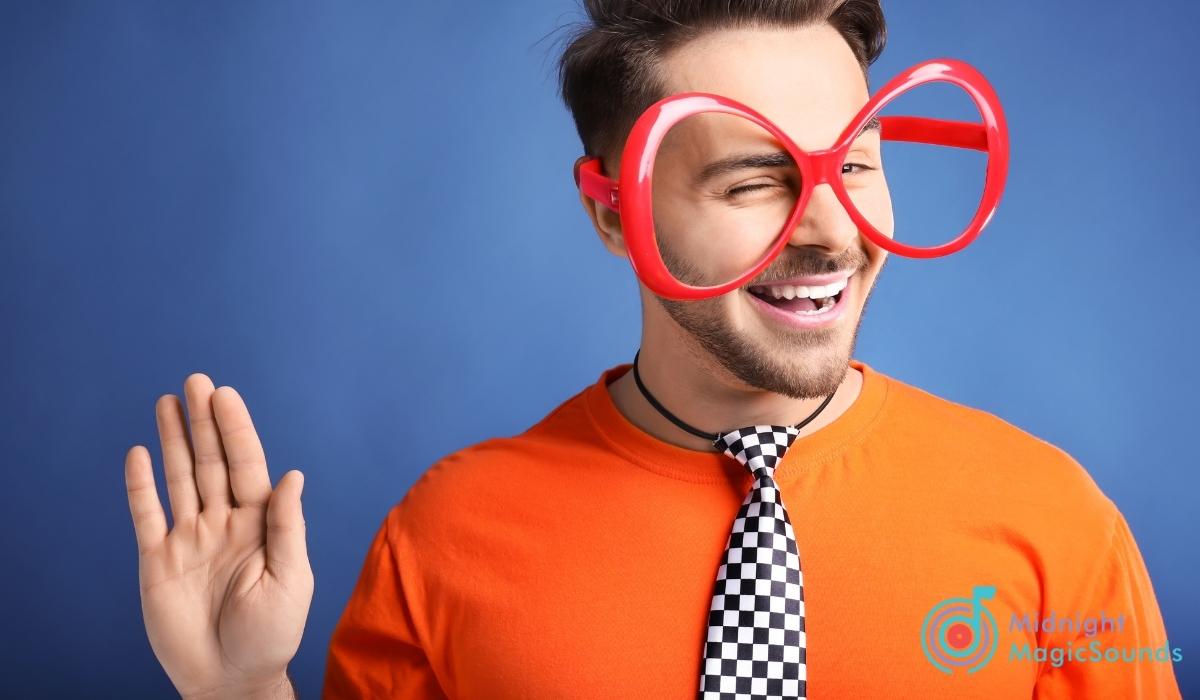 Songs are meant to convey specific messages to their listeners. Some are pretty straightforward, while others need a bit of figuring out what they mean. A good number of them address stupid people.

These songs are quite popular since many listeners can relate to their lyrics. They also carry some humor despite their highlights of stupid people. Other singers call the media or governments based on their stupid decisions and policies.

Many of these songs have been playing our airwaves since the 50s, with new releases being witnessed. This post discusses 21 songs about stupid people and their meaning.

The following list includes the most popular 21 songs about stupid people. They discuss every intention that the writer had with their listeners. Enjoy.

“American Idiot” is by a well-known American Band, Green Day. It was released in 2006 and was considered a protest song due to its political theme. Despite this tag, the song became a commercial success and received 4 Grammy nominations in 2005.

Billie Joe Armstrong, one of the song’s co-writers, was unhappy with the Iraq War coverage. He stated that the media was biased and responsible for its audiences’ idiocy.

2. The Fool On the Hill – The Beatles

The Beatles are one of the most popular English bands in history and were responsible for the record “Fool on the hill.” The song is featured in the EP “Magical Mystery Tour” released in 1967.

However, unlike the bands’ other songs, “Fool on the hill” was not well received, but its cover by Mendes & Brasil was a commercial success.

The song describes a man that is considered a fool by those around him. Nevertheless, his foolish appearance is an indication of intelligence. Paul McCartney drew inspiration from a tarot card with the same name.

“Moron TV” is the ninth track off Primus’ seventh album, “Green Naugahyde,” released in 2011. Les Claypool, the lead singer, wrote the track and is considered one of the best bass players ever.

The track makes a mockery of the TV shows on air during that time. The song also discusses how the media focuses on selling a particular image to its viewers, making them look stupid. This song even sarcastically suggests that the show should continue mocking them.

4. What A Fool Believes – The Doobie Brothers

The song “What a fool Believe” was written by Kenny Logins and Michael McDonald. The Doobie Brothers’ version of the song became a commercial success and won a Grammy for the best record and song of the year. It was even featured on one of Top Gear’s and The Simpsons’ episodes.

The song describes a couple that has different views of the relationship they’re in. The man believes they are in love, but the lady is having fun. The man tries to rekindle what they had, only to realize that she does not feel the same way.

This song was released off Quarterflash’s self-titled album of 1981. The track was considered one of the more successful break-up songs of the 8os.

The song expresses a woman’s pain after being lied to by her ex-boyfriend. Composer Marv Ross states in the song that she should have learnt that friends and lovers come and go since he, the man, has hurt her several times before.

George Michael’s “Kissing a fool” turned off George Michael’s usual genre by incorporating jazz. The song was part of his album Faith and was covered by Michael Bube. It topped the adult music category of its time.

The song highlights the challenges of finding love due to past relationship issues, making him look like a fool. Michael claims they would have proven the critics wrong, but she broke his heart.

7. How Sweet to Be an Idiot – Neil Innes

The song “How sweet to be an idiot” was released by singer and comedian Neil Innes. He was part of the comedy rock group Bonzo Dog Doo Dah. He was also known for his satirical style of songs and was an honorary member of Monty Python.

The track describes the bliss of being an idiot and his varied experiences. It indulges humor when the writer describes his imagination as a caravan sign.

The track “Chain of fools” by Aretha Franklin was originally written by Don Covay. Don and Aretha were under Atlantic Records. It was released in 1967 and was a commercial success.

The song is about a lady who discovers she’s one of her boyfriend’s many girlfriends, hence the name chain of fools. However, Don Covay said that the song initially referred to the continuous chain of poverty in society.

9. Be Careful With A Fool – Johnny Winter

Johnny Winter’s “Be careful with a fool” is the second track off his self-titled album. Besides being a singer and guitarist, Johnny was known for having albinism.

The song talks about a man considered a fool for not leaving a lady that was not treating him right. After leaving her, he warns her not to fall into the same trap.

World Party was a British alternative rock band responsible for the track “Ship of Fools.” The song was composed by Karl Willinger and was released in 1986 on the album private revolution.

The track had a political theme when Margret Thatcher implemented her right-wing policies, which the band considered stupid. The song is based on an allegory from Plato of the same name. Karl writes that someone should save him from the ship of fools he was in.

The song “The fool” was recorded by Lee Ann Womack and was released in 1997. The song was from her self-titled album and was one of the most successful songs of her career.

Lee Ann nearly never recorded the song but was persuaded by her label executives. The song is about a lady that is still in love with her ex. The singer encounters the lady and reveals to her that her ex still has feelings for her.

The track “Everybody’s Fool” is from the nu metal American rock band Evanescence. The song was from their debut album “Fallen,” released in 2003. It was written by Amy Lee, Ben Moody, and David Hodges five years before they released “Fallen.”

The song discusses superficial or pretentious people trying to fit in with the crowd by faking their personalities. Amy talks about the pretense of a person who’s adored and is perceived as perfect by society, referring to Britney Spears and Cristina Aguilera’s lives.

Christina Aguilera recorded the track “Just a fool” off her album Lotus in 2012. The track is a duet with her co-host from “The Voice,” Blake Sheldon, written by Steve Robson, Wayne Hector, and Claude Kelly. The track was initially written for Pink and Adam Lambert, but the duo ended up recording it.

The track talks about a sad woman drinking at the bar alone. She has confronted her partner about his cheating ways. She says it’s her fault for thinking he’d stay faithful despite knowing the truth about him.

Fool’s gold is One Direction’s sixth song off their album Four. The group is famous for participating in the British singing competition “The X factor.” The track was released in 2014 and had members of the group compose the track with help from MoZella.

The song is a sad tale of a person in love with a manipulative person. He still falls for her fool’s gold despite knowing their relationship won’t last.

Green Day again graced the list of songs about stupid people six years before “American Idiot.” The track is one of the shortest songs on their album, “Warning.” There was speculation that the track was originally Blink 182, but that was not the case.

The song is a dark story of someone who thinks their words or actions are funny and believes those around them appreciate their humor. However, the person comes off as annoying to them.

The track “Grand Piano” was released by Nicki Minaj. The track was considered one of her album’s “The Pinkprint” stand-out songs. The track incorporates the use of a grand piano and the violin to create the sad theme.

“Grand Piano” is a heartbreaking story of a lady in a relationship with someone who takes her for a fool. Nicki cries, asking if she is blind and stupid for loving him. The singer tells her lover to play on despite her knowing the truth.

17. Toast to the Fool – The Dramatics

“Toast to the Fool” is a song recorded by the American soul music group The Dramatics from their album “Dramatically Yours.” The song was released in 1973. It was written by Arthur Snyder and Don Davis.

The song is a mockery of a woman’s past lover, who cheated on her. The lover then returned, trying to make things right to find her having moved on. The singer describes the man as stupid, toasting her for letting him go.

Avril Lavigne is a Canadian singer-songwriter responsible for the “Nobody’s fool” track. The track was part of her debut album “Let Go,” which was part of a two-album deal with her label Arista records. The album is a Canadian artist’s best-selling album of the 21st century.

The track talks about a couple where the man tries to change the lady. However, the lady is not willing to change or compromise. She lets him know this by stating that she’s not as stupid as she was a couple of years ago.

The track also takes a political stand criticizing the new crop of leaders that take people as fools. Pete feels that a revolution wouldn’t change anything since every leader who takes over becomes corrupt at some point. He results in praying that they don’t get fooled again.

Amy Billings is an Australian indie pop singer and producer called Amy Shark. She released the song “The Idiot” from her “Love Monster” album in 2018. She initially performed under Amy Cushway but later changed it to Shark based on her favorite movie, “Jaws.”

The track is a story of a lady that knows that her boyfriend is cheating on her. Amy sings that she gets a funny feeling and that she’s an idiot at the beginning for not seeing the signs. She claims that all the lies she’s been fed are breaking her heart.

“Fool to cry” is composed by Mick Jagger and Keith Richards. The Rolling Stones released the song in 1976. The song is from their album “Black and Blue” and was the only song to chart from it.

This song describes a man feeling down on himself and getting comfort from his daughter and lover. In the song, the daughter tells him he’s a fool for feeling like a fool, whereas there’s his family to love him.

Songs about stupid people are meant to draw the listener’s attention to certain people’s actions. Some singers also describe themselves as stupid due to their actions.

These songs are a great playlist, especially when you relate the lyrics. We hope this has added a couple more songs to your “stupid songs” playlist.