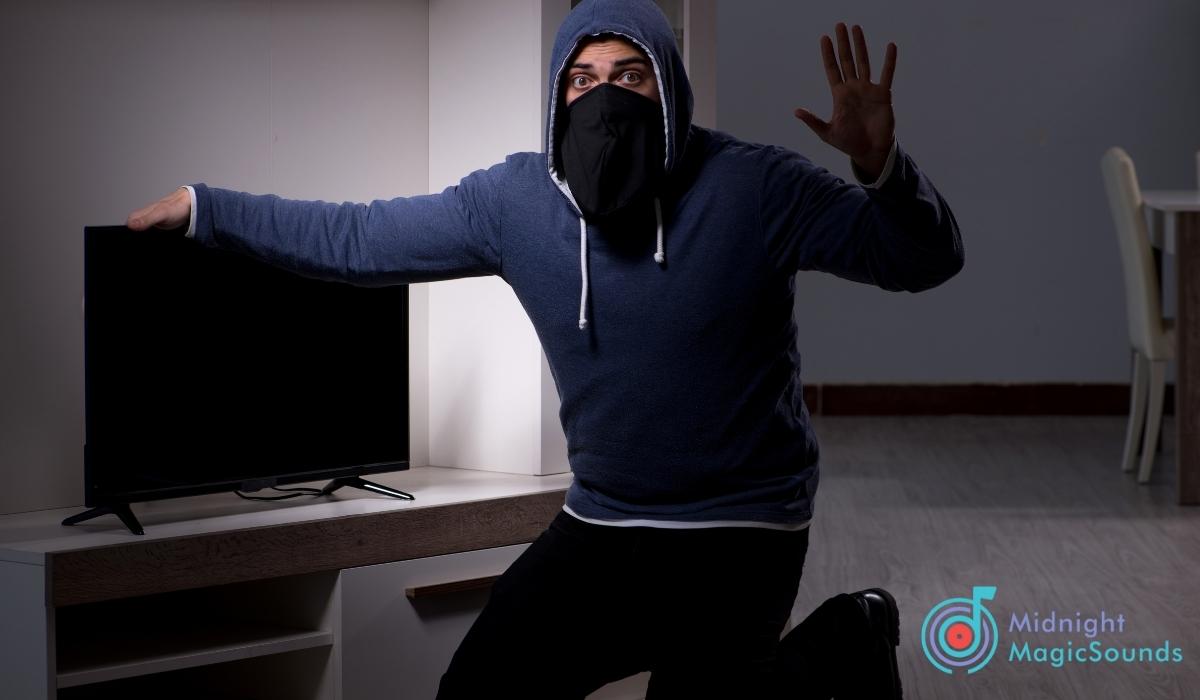 Stealing is an act that is condemned in society and goes against the morals and upbringing of many people. Popular artists have been composing songs about stealing to relay different messages.

These songs can have a satirical message to the listeners or a serious teachable one on the evils of stealing. I found most of these songs entertaining and worth sharing with you.

Songs have been known to be some of the best ways people express their feelings towards society and how things are run. There are many genres that songs can take depending on the message the singer is trying to relay.

Stealing is among these genres and is usually sung by people trying to show how theft can be beneficial or the bad consequences that could come from it.

The songs I have compiled below are among the most famous artistic works of musicians who try to send a message about stealing to the masses.

The first song I have on my list is “Been Caught Stealing” by the American rock band Jane’s addiction. It was released in 1990 on their “Ritual de lo Habitual” album.

The song talks about the joy that the protagonist feels when stealing. Both he and his girlfriend occasionally steal and enjoy it.

Ty Dolla $ign is among the world’s most famous musicians, and his song “Stealing” is among my favorites for this list. The artist talks about stealing people’s hearts instead of physical assets.

He calls himself a criminal for the way he keeps making girls fall in love with him and ends up breaking their hearts. His experimentation with the new singing style made this piece a success.

This is another exciting song about stealing, as The Slits is an all-female punk rock group that talks about the act of shoplifting from a store.

This song, released in 1979, talks about them stealing in great detail. For example, we have the verse “Put the cheddar under the pocket / Put the rest under the jacket”.

The Dead Kennedys song “Stealing People’s Mail” is like the title suggests, about stealing people’s mail. Like The Slits, Dead Kennedys are also an American punk rock band.

They make a reference to the treatment they gave to people who did similar crimes back then, they would be put on the electric chair.

Another song about stealing on our list comes from the famous rock band, Green Day. Mostly known for songs like “Green Day – Boulevard Of Broken Dreams”, this time they did a different kind of song.

Shoplifter talks about taking responsibility for your actions. As long as you’re not caught you’re good, but when you do get caught, you have to pay the price.

This is another Robin Hood song, inspired by a real-life bank robber named Charles Arthur Floyd. He would steal from the rich and give food to poor families.

7. Stealing In The Name Of The Lord – Paul Kelly

Religion has always been an integral part of humanity, but some people tend to take advantage of this to steal from others.

The song is a critique of fake self-proclaimed religious authorities that use God’s name only to steal money from people. These people aren’t religious, they are anti-religious because they don’t care about humanity.

8. Stealing All My Friends – Carlie Hanson

Substance abuse is a cruel thing that has affected many people in society, and the song “Stealing All My Friends” by Charlie Hanson shows just that.

The song talks about how drugs and substance abuse has taken away all her friends. Very few songs about stealing have a more profound message that condemns one of the world’s biggest detriments.

This 1967 hit by Yardbirds is a melodious song about stealing their way back to their old ways. We may sometimes find ourselves lagging, stressing over present issues, and missing our former selves.

However this time going back to one’s old ways is not for something good, it’s actually about starting to steal again.

10. Stand and Deliver – Adam and the Ants

“Stand and Deliver” is actually the phrase used by highwaymen back then, which basically means “Your money or your life.”

Here our protagonist is a special highwayman, because he is more concerted about the way his victims looks (the way they wear) than being concerned with stealing.

This song is based on the British musical film “Oliver!” (1968), which is an adaptation of the novel Oliver Twist. Here Fagin is trying to justify to Oliver that stealing is good.

He says that since the goal in life is to make money and live well, then whatever way we use to get that money is justifiable. Instead of working, Fagin recommends stealing for a living.

The Pogues has written and sang one of the most famous songs about stealing, inspired by Jesse James’s life – a famous American outlaw and thief.

The song talks about his death and how he was betrayed by one of his friends. This shows that while crime may seem to help you get money, it never ends well, and criminal friends may betray you at any time.

The song is a critique of the unfair system that doesn’t care about helping people in the ghetto get out of poverty.

The song Ned Kelly by Johnny Cash talks about the life of Ned Kelly, an Australian outlaw who stole a lot and did many crimes. It is a ballad that tells the story of his life and death.

The beginning of the song finds the protagonist laying in bed with his lover, enjoying the moonlight. However he is a criminal on the run, and he must move out tomorrow before the authorities find him.

Steal away by Etta James is among the most fantastic love songs that depict a scenario where lovers are kept apart by circumstance.

The singer talks about a female lover asking her partner to come and steal her away before she starts thinking and changing her mind. It is a good show that true love takes sacrifices and courage.

At times, we see rough institutions stealing from people to aid them. Aid dealer by Coldcut is a song that explains how people are taking advantage of the poor and ripping them off by pretending to be offering help.

This piece is one of the few songs about stealing that can inspire a revolution against economic oppression.

Our next song on the list is one from the Australian punk rock band, 28 days. While not necessarily about stealing, it’s about an important person leaving the protagonist’s life temporarily. The singer says he misses them and dreams about them.

Pentangle is among the most famous singers from the 60s and is well known for her song “Let No Man Steal Your Thyme.”

The song is a significant encouragement to girls to preserve their virginity from being stolen by men because once it is gone, it never returns.

Few artists will go the extra mile to advise our younger generation to wait until they are married to be sexually active.

This is among the best songs that talk about a couple that has nothing better to do in life other than smoke and get high. They murder a man, steal his money and go on a run. The song describes the entire process of it.

The Who sang this melodious song sending a message about getting stolen. They complain so much about losing money to theft. This song talks about how stealing can have devastating effects on people.

As an old fan of the band, I am always captivated by their talent when it comes to playing instruments during a live performance.

It doesn’t matter if you are looking to steal someone’s heart or for encouragement to recovering from theft, the above songs about stealing give you a good vibe about all of it.

The artistic work that the singers have portrayed in the songs makes it even better. I found the music a good way to get messages about stealing and the consequences of it. I hope after reading this list that you’ll add a couple of songs about stealing to your playlist.