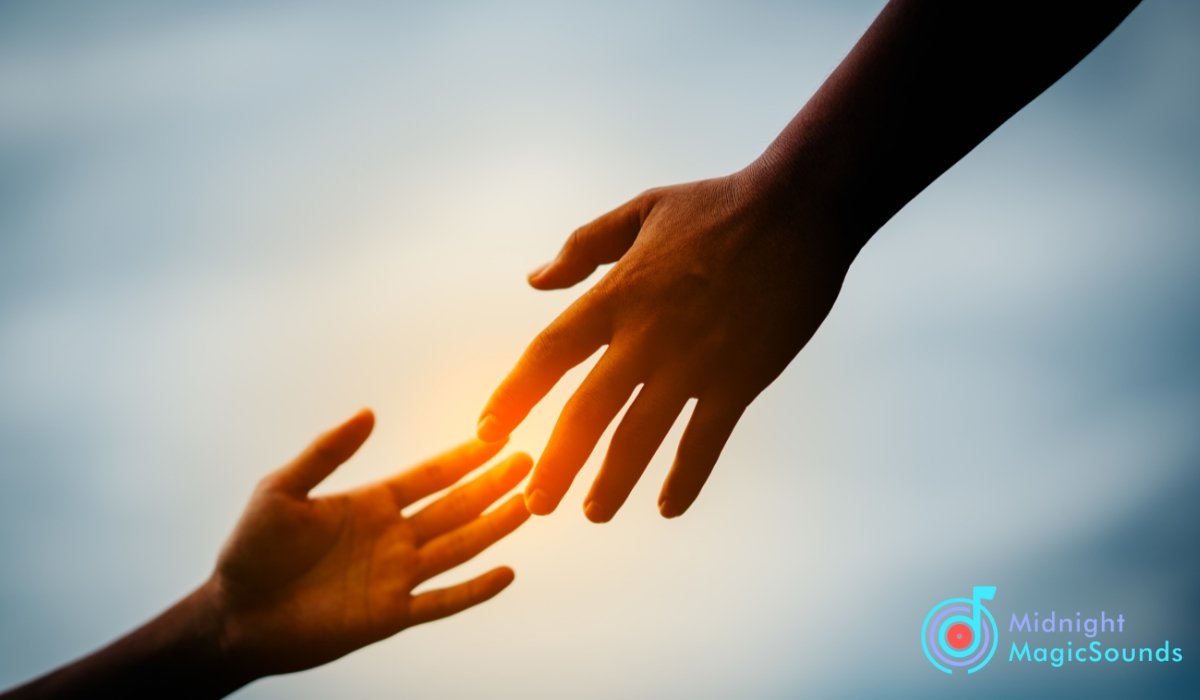 We face a lot of challenges in life, but getting up and keeping on moving forward is all that matters. However, it is not easy for everyone to have the same courage and determination to come out victorious from their woes. Music can be your helpline from whatever troubles you have, and I found that most songs about saving a life have the encouraging message that we may be longing for.

If you want to end it all, you are not alone but just know that the negative feelings you have are only temporary and can be replaced.

The playlist I compiled consists of multiple songs from different genres that are uplifting and can make all the difference in knowing that somebody is passing through a relatable experience and survived.

Top 21 Songs About Saving A Life

The songs below show that we will stumble in life and that we just need a helping hand to keep going.

The first song on the playlist is a piece that has a rich history of its making that not so many people know. After the passing of Gwyneth Paltrow’s father, her life was in shambles, and Chris Martin wrote this ode to try and help her.

The song is about life itself and the attempt to save the person you love in the time of their greatest need.

Andy Black composed this song to give hope to all those who have contemplated committing suicide because of various issues. The lyrics start by pointing out that such thoughts are the biggest enemy, and one should gather the strength to fight against them.

If you are facing suicidal thoughts, you should truly stay alive for the good times, for the hope, and your dreams.

I Won’t Let You Go is one of the most popular songs by Rascal Flatts. The song is part of their seventh studio album and has received over 19 million views on YouTube.

The song’s lyrics carry a message of conviction that the singer will stand by you no matter what.

Hold On is a melancholic song by Good Charlotte that explicitly discusses self-harm and suicide. The band composed this song in response to all the letters and messages they got from their fans detailing how their lives are and how they gave up on living.

I hope the addresses found the strength to hold on by getting help.

Missing You carries a positive message about going through various struggles. It also puts emphasis on the fact that they are not alone in their battles.

The song lyrics encourage us to have a little push to be able to pull on through. The song is part of All Time Low’s sixth studio album, Future Hearts.

Though we are busy people, sometimes ignoring small conversations can be a lost opportunity to save a life that was silently suffering.

Dear Daughter is a song about having a heartfelt conversation to give encouragement and support where needed. If you have a daughter and feel you can find the best way to converse with her, perhaps sharing this song with her can be the first step to get you talking.

7. Just Keep Breathing – We The Kings

Listening to this upbeat song that has an encouraging message will make your day. This is one of the most powerful songs I have discovered lately, which has a deep meaning.

We The Kings released the song in their fourth studio album, Somewhere Somehow. The lyrics discuss how he was bullied and got depression as a child.

Though this is a rendition of  Bill Fay’s song, it still carries the same heavy message as the original song. This version by AC Newman was part of the hit T.V. show “The Walking Dead” soundtrack.

The song’s message from the title is not to be afraid and be courageous despite the current troubles that you might be facing. Someone will always be there watching over us.

The next song on this playlist about saving a life differs from the rest as it is from the perspective of a depressed person who wants to end his life.

He knows that his choice of ending his life is not a solution; thus, he calls for help to be saved. Suicide is on the rise, I hope songs like these make people change their minds.

Written and recorded in 1972, Lean on Me is one of the most famous songs by Bill Withers. The song became a hit and is considered among the best because of its comforting message.

A lot of notable artists made renditions of the song, such as Mary J. Blige, who recorded it for HBO’s “We Are One: The Obama Inaugural Celebration.”

The lyrics of “Stand By You” solidify the theme of this compilation through its heavy message. The song is about the artist singing words of affirmation towards their loved one that she will do anything in her power to stand by them.

The singer states that even if she has to walk through hell, she will do it for the people she loves.

Bruno Mars is truly one of the most accomplished artists of this generation, as he has been putting hit after hit for over a decade.

If you are in a bad place and need music to save you and reassure you that everything is okay, this song should be on your playlist. The song conveys that we should always count on our loved ones, especially during extremely tough situations.

Like Bruno’s song with a similar title, this is one of the best songs about saving a life as it talks about being each other’s pillar in times of trouble.

This duet between Whitney and CeCe was one of the biggest songs in 1995 and has accumulated over 31 million views on YouTube since it was uploaded.

14. Besides You – Marianas Trench

The harmonies and unpredictable beats from the band are what make their music stand out from other regular bands. I truly adore this song because of the hope it gives to whoever goes through a tough time that there is a better tomorrow.

The reassuring lyrics that they will hold you up and be the guidance you need so that you will not break are such strong words that can save someone.

This song is about those dealing with bullying. Bullying is one of the biggest reasons for depression, and it has led to a number of suicide cases.

Though the song might be simple, it has a comforting message for those who were bullied. There will always be somebody that will stand by your side when you seek help.

The band’s frontman, Vic, wrote this song about her past girlfriend, who told him that she experienced neglect while growing up.

The only thing that she could do to get her family’s attention was to climb a tree and spend most of her time there. The song was a message to her that she would be okay and find a way to let go of the past.

With 136 million views, My Famous Last Words is one of the most popular rock songs about saving a life in this compilation.

The piece was released in 2007 and managed to get a spot in the Billboard Hot 100 chart. He sings about not being afraid to keep living and walking a tough road alone.

Those lyrics are a testament to the strength one should wield despite facing any challenge in life.

If you have been facing too much rejection in life and those surrounding you are discouraging you that you will not be able to attain your dreams, this piece is for you.

The song’s lyrics encourage setting up your standards and not letting your hopes fall apart. Do not let anyone discourage you by telling you you can’t.

This is one of the most popular anti-suicide songs ever composed, as it has so far gained more than 252 million streams on YouTube alone and hundreds of millions from other streaming platforms.

The song is about someone who is in a very dark place but sees a way out of what they are going through.

Everybody Hurts is a song with an important message that can save a life. R.E.M. wrote this for their teenage fans that are depressed so that they can keep holding on as their brighter days ahead of them.

The song tells the listeners that they should be stronger as everyone faces one or the other challenge in life.

The last track of this compilation is one of the best classic songs from the late 1970s. Though the song has an upbeat instrumental that can get every listener dancing to it, its lyrics are about the struggles we face and the fight we fight to survive, as depicted in the film Saturday Night Fever.

The tempo of the song has been used by medical professionals while performing C.P.R. as it has the optimum tempo. There is truly no song that has saved more lives than this piece.

As you have heard from the song lyrics of this playlist, most of the songs about saving a life were composed from the perspective of a person witnessing their loved one in a not-so-good place.

The lyrics have heavy words of affirmation and hope that although life has its ups and downs, it does not last. I found most of these songs useful to share with those facing life challenges but unwilling to open up.

Showing them that you will stand by them and be a shoulder for them to cry on will mean the world to these people. In the end, you might save them.