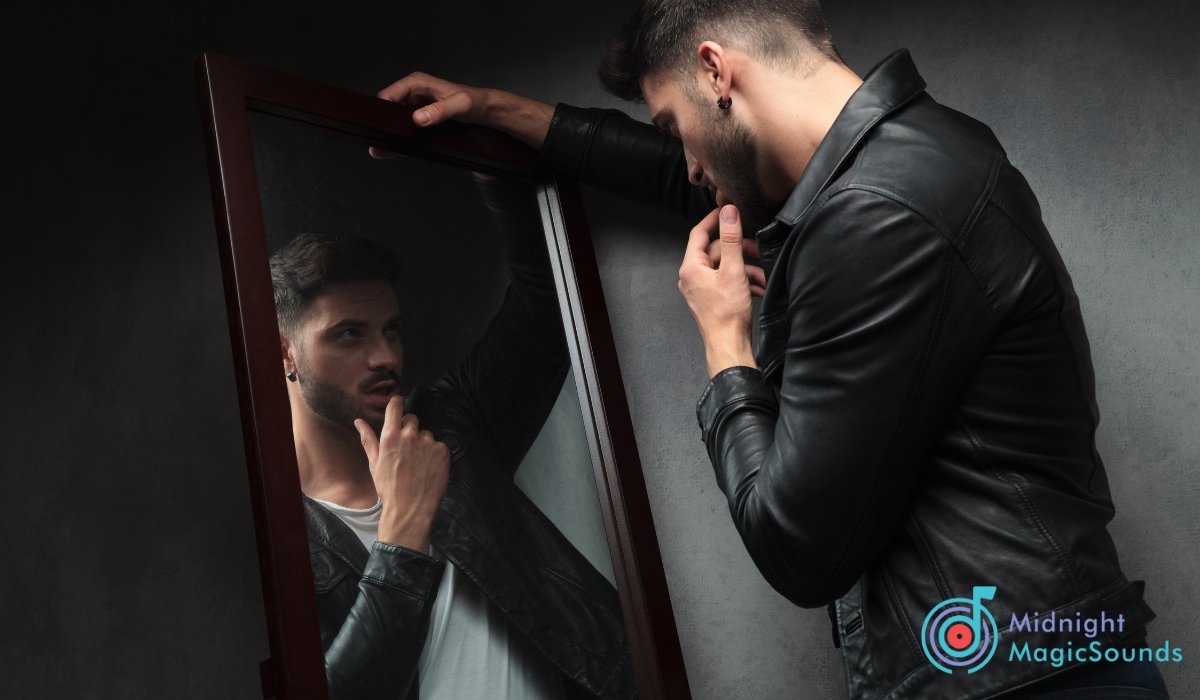 Narcissists are self-centered people who will never take responsibility for their shortcomings but instead blame others for their mistakes. So today, we are diving into the best songs about narcissists that have been released.

Between their lack of empathy, arrogance, and ability to gaslight others, the consensus is that they are the worst. If you have been in a relationship with them, whether romantic or not, you certainly have some bad memories.

When we think of narcissists, we think they are like unicorns, rare. But they are more common than we think; it’s just that some are good at hiding it.

They have touched so many people’s lives negatively that there are a lot of songs talking about them. So I have made a list of songs about narcissists and their abusive behavior.

Hopefully, the songs will give you some validation if you are unlucky enough to cross paths with them. I hope you enjoy the list I have compiled for you today.

These are the best songs about narcissists out there.

When we talk about songs about narcissists, this track is probably the best choice. It is about a woman that was in a relationship with a self-centered lover with terrible arrogance.

He eventually dumps her and starts fooling around with a friend’s wife. The guy in the song is as narcissistic as narcissists come. This song will speak to you if you have dealt with narcissists, especially in romantic relationships.

The second meaning is about the man himself. He is toxic because the only way positive trait Britney mentions about him is how good of a kisser he is. Narcissists are manipulative but charming.

Fame is about how fame and attraction can make a normal man a narcissist. It talks about the potential things that fame can make you do.

David hates the fact that fame is being posited as the be-all and end-all. Eventually, famous people become narcissistic, especially artists, they break up with their partners to pursue other relationships.

4. Can’t Tell Me Nothing – Kanye West

This is a twist to the songs about narcissists as this one is sung by one. Kanye West has climbed to the peak of music success and has few contenders.

Narcissism in itself is not necessarily a negative trait, everyone needs to be a little narcissistic. In this song, Kanye is addressing his critics and haters. It is all about how he can do anything he wants as he has earned it, and no one can tell him anything. Classic Kanye song.

Gaslighting and narcissism go hand in hand; in this tune, The Chicks sing about a gaslighter. The man never takes responsibility for anything and resorts to denying, minimizing, and deflecting blame for everything.

The gaslighter in this song cheats and justifies his behavior in every step, neglecting responsibilities. But the women see through him and take action to leave the toxic relationship, showing the courage most of us yearn to have.

Narcissistic abuse includes bullying, pushing someone around, and humiliating them by highlighting their flaws. This is the experience Taylor addresses in this song as she is dealing with a narcissist.

The refreshing aspect of the song is it can also be used as an anthem for people who have narcissists in their life, as Taylor doesn’t take the abuse laying down but fights as we all should.

In reality, she’s not dealing with a specific person, rather the song is taking aim at her critics that give no constructive criticism.

7. Holier Than Thou – Metallica

This rock tune shows how bad the narcissistic pandemic is. This piece is about an ignorant and arrogant guy who passes judgment on everyone but never takes responsibility for themselves.

It can be used as a warning to narcissists as the singer warns them if they give judgment, they should be ready to receive some back.

Nicky Minaj gives us this tragic tale of a narcissist who uses and never gives back. She talks about a narcissist in her life that leaches at her for her fame and fortune while not giving her attention and ignoring her pain.

Like a true narcissist, he lies and hurts without remorse, enough to make Minaj want to lash out. An indication of how narcissistic abuse doesn’t exclude even the famous and successful.

9. Under My Thumb – The Rolling Stones

In these songs about narcissists, we have seen how they get off controlling and abusing people. However, this song is a little different because here the tables have turned.

Here the narcissist is the one who’s losing. After having controlled the protagonist, now she’s the one under his thumb. Sometimes an act of revenge like this is well deserved when dealing with narcissists.

This hit from Fiona Apple sheds light on the quintessential narcissist and their sheer audacity. The narcissist controls and mistreats his partner, compelling her to clean his mess as he goes around cheating.

His inflated ego makes him believe he is better than her, and he makes sure she knows.

Christina Perri’s track Jar Of Hearts is about a self-centered guy who goes around breaking people’s hearts. The guy is charming and narcissistic, as he doesn’t consider anyone else’s feelings when he chases one girl after the other.

This song was a global hit as it resonates with many of us who have had this kind of person in our lives.

12. Because Of You – Kelly Clarkson

Kelly Clarkson delivers us this heart-wrenching ballad about the narcissistic abuse she goes through. The song is about her father and how he left her with trauma and didn’t hesitate to divorce her mother.

This narcissistic behavior is the reason why she is scared to fall in love, in fear of going through the same pain her parents did.

Baby Queen is the narcissist in her song as she embraces and is proud of it. She emphasizes how highly she values her looks, fame, and herself.

On the whole, she deflects blame for her narcissism to everyone else but herself, a true make of narcissism. When looking for songs about narcissists, you rarely expect to find one where the singer boldly emphasizes hers.

She craves accolades and lives for the spotlight with the undivided attention it comes with.

Recommended: 21 Famous Songs About Hating Yourself And Self Loathing.

This 90s tune is about a narcissist who is crazily into himself. To him, he is too sexy for anyone and everything, too sexy for even his clothes and car.

He is comically too sexy for every city in the world. This is a great example of how highly narcissists perceive themselves. They tend to believe they are too good to associate with people lesser than them. If you have anyone like this in your life, you better cut them off.

In this classic masterpiece by the legendary Beatles, the protagonist is in a relationship with an emotionally abusive narcissist. In all the songs about narcissists, a pattern of emotional manipulation and abuse is evident, and “Girl” points this out.

The guy is with this narcissist who believes she is better than everyone else, including him. She goes out of her way to put him down while taking his compliments for granted. This song will speak to you if you have had the unfortunate luck to experience this kind of relationship.

This is a taste-of-your-own-medicine kind of song as two narcissists meet and fall in love. He loves to see her suffer, and she loves to act up with her short fuse and make a scene.

The love starts magical and loving but slowly becomes toxic and filled with resentment. They still don’t want to call it quits even though they both see how the relationship is not good for either of them.

19. Don’t Come Around Here No More – Tom Petty And The Heartbreakers

The tune warns a narcissist not to go close to him anymore. Like many songs about narcissists, this one was inspired by a breakup.

It is relatable as we sometimes get driven up a wall by narcissists and have enough. It also shows the physical repercussions we can get from being with a narcissist, prompting us to tell them, “don’t come around here no more.”

Taylor composed this piece about a woman who gets a kick from painful relationships that are full of drama. The seemingly narcissistic woman blames her behavior on the toxic men she is dating.

The song was written sarcastically as she was branded a serial dater.

Who else to close the list of songs about narcissists than Kanye West singing about loving himself? The song is Kanye singing in the third person while praising himself and accepting he is a narcissist.

He made the song to satirize the “Kanye Loves Kanye” meme that was popular then. Kanye embodies narcissistic behavior as when confronted about toxic traits, he deflects and makes humor out of it.

The songs above have covered a large array of narcissistic behavior and abuses. Narcissists have a talent for making the victim feel like the problem and exploiting them to their benefit.

I hope the songs about narcissists we have gone through help you walk away from this kind of relationship.