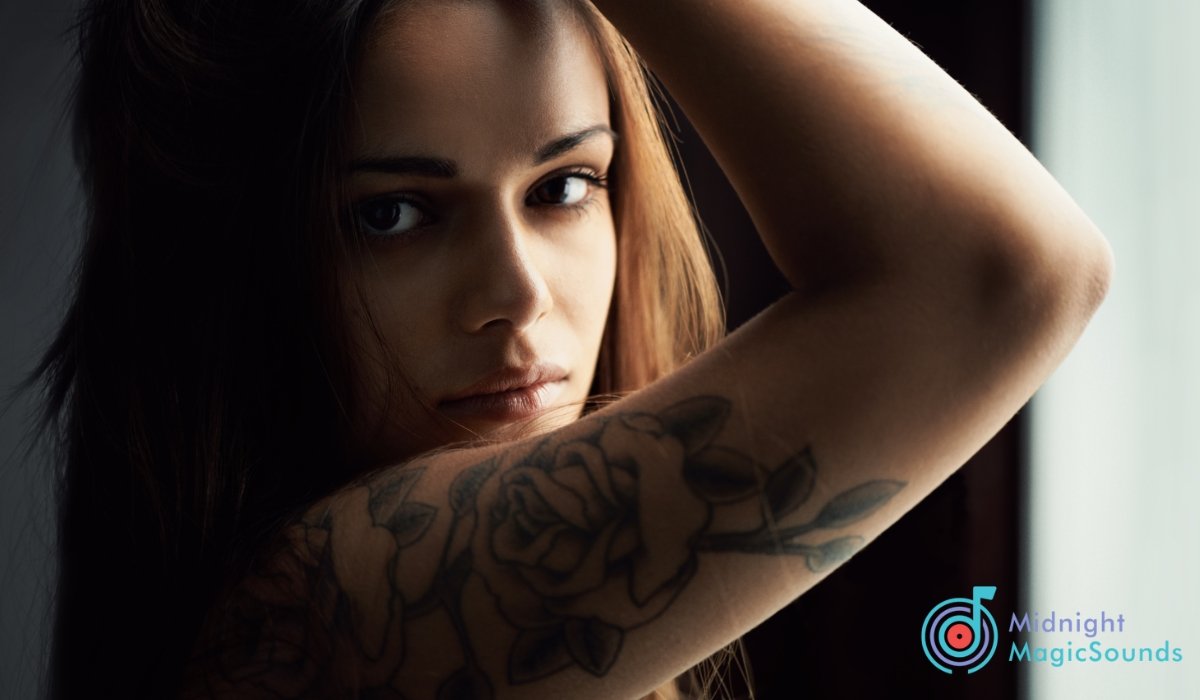 Lust is a primal urge for physical intimacy; at that moment, one can be out of control on what they would do to satisfy those urges. Songs about lust and desire paint a picture from an artist’s perspective of these overwhelming feelings.

These songs talk about lust to normalize the topic as society has been painting it as one of the seven most deadly sins.

While the topic of lust became more mainstream after both rock and jazz euphemized it for sex, recent artists have expressed their opinion more clearly.

I found most of the songs of this generation to be more courageous than ever, as most composers don’t have to hide behind subliminal lyrics on lust anymore.

This compilation explores the themes of sex which dominates most music genres. Artists such as Marvin Gaye have played a significant role in music creation that centers human desires while inspiring another generation of artists to continue doing so without fear.

21 Best Songs About Lust and Desire

This compilation explores lustful desires from the perspective of some of the best artists globally.

The first song on this compilation is a classic song by Marvin Gaye. The lyrics of this timeless song paint a passionate picture full of lust and desire that not many people would refuse.

Marvin Gaye’s passionate performance and the intensity of the song’s delivery reassures he has been trying to hold on to his sexual urges for a long time.

The explicit introduction of the song by Actress and comedian Adele Givens makes this hip-hop song iconic. The lyrics on the track Not Safe For Work and its rhymes might seem to lack a sense of purpose but revolve around material wealth and sex.

Kanye’s verse takes us through his perverted mind and lustful desires.

The release of the song’s video resulted in shock all over the globe as fans of Christina were not accustomed to her making such explicit graphic and lyrical content.

At the moment, it was a pivotal point in her career as she gained more criticism; it came with a newfound audience. The chaotic nature of the song’s production is what makes her stand out from the current crop of pop stars.

With multiple songs about lust and desire, Sexual Healing is one of Marvin Gaye’s most popular tracks, as it has hundreds of millions of streams. His contribution of songs that explicitly talk about his desire made his era a golden generation of music.

In this track, the composer talks about how having intimate relations with the right partner can heal your mind, body, and soul.

The mix of elegance and sexiness that The Pussycat Dolls portray in this song made me love everything about it. The choreography in this music video is very seductive, ensuring the audience can capture the song’s theme.

The seductive rap by Snoop Dogg at the beginning and the end of the song towards the lead, The Pussycat Dolls, shows his lustful desires and intentions.

6. I Wanna Get In Your Pants – The Cramps

Considered one of the best live band acts that ever existed, The Cramps went straight to the point on this piece by professing the sexual desires on the track.

The song is played in varying tempos, with the bass being integral to the song’s instrumental.

7. I Just Want To Make Love To You – Etta James

Most blues classic songs from the 1960s were about the basic sexual impulses sung in some of the most memorable vocals. I Just Want To Make Love To You is not your ordinary song about lust as the lyrics narrate a story of a woman who owns her sense of self.

This song became a sort of social and political statement that women are as much in control of their libido.

8. No One Loves Me & Neither Do I – Them Crooked Vultures

This baby-making song is dirty sexy rock ‘n roll at its best. The song’s lyrics show the level of the band’s poetry as it shows a bit of wordplay and double entendres from the sexual lingo.

The track tells a story of a rich man who has his way with a woman. The song’s last verse shows lust is only natural and uncontrollable and can cloud someone’s judgment.

Michael Jackson is the only pop icon that transitioned from pop to rock for a song and nailed every aspect. In this heavy and darker song compared to his usual style, Michael tells the story of Diana, an aggressive groupie who wants to bed him and his bandmates.

Young Lust is one of the popular tracks in The Wall album, which tells the story of rockstars and their lives. This song focuses on the cliché of sex and the satire of making rock music that was common in the era.

Marvin Gaye is known for his songs about lust and desire, and this track by Charlie Puth pays respect to his art and contribution to making sensual music.

The duet from the artists to make an ode about desires clearly indicates that the legendary icon Marvin played a major role in the song’s inspiration.

While it is one of the most underrated songs from the band, I love this track as it reminds me of the classic Coldplay, which was so unique and ethereal.

The song’s lyrics are a blunt reference to sex and desires as the lead singer comes forward to confess that he is tired and suffering from a lack of physical intimacy in his relationship.

13. Let’s Spend The Night Together – The Rolling Stones

The song is more than five decades old and still reminds listeners of classic rock and roll. Mick Jagger’s energy and vocals made this iconic single top several charts in different countries.

Because of the controversial and explicit nature of the song’s lyrics, they had to slightly change it otherwise they would’ve gotten banned.

With over 449 million views on YouTube, this track proves to be one of the biggest collaborations by pop stars. The song was released in 2019 and was certified triple platinum.

The 1990s-themed song features powerful vocals from Bruno Mars and hard-hitting rap bars from Cardi B as they explore sexual gratification.

WAP is probably one of the most explicit songs about lust and desire that has ever been recorded. The visual on the musical video and lyrical contents leaves the viewer with less to imagine as the artists paint a clear picture of what they will do to satisfy their lustful desires.

It still surprises me how the song lacks an age restriction and is played on mainstream media.

Recommended: 21 Songs About Self-Harm That Can Help You Heal.

Upon the release of this song, it led to a fad of people prank calling the number and asking for Jenny. Though the song was released in 1981, some fans still continue to prank call the number.

The song narrates a story of a guy who is so obsessed with a girl that when calling her didn’t work, all he had left was his imagination.

Hypnotized is a hip-hop underground song at its finest. The song has original beats and a perfect flow from the rap group. The rap verses explicitly describe what the composers are willing to do to indulge their lustful desires.

The Kentucky-based hip-hop group focuses more on rhymes and energetic wordplay, showing the band’s poetic side.

Regarded as Prince’s greatest masterpiece, Little Red Corvette showed how far the artist would go in composing explicit songs. The song is about giving in to lustful desires and engaging in casual sex.

The song’s theme lies on uninterested love, but only the satisfaction of physical urges, and the artist cleverly uses euphemisms in the song’s lyrics. If you don’t evaluate the lyrics, it might seem like Prince is singing about cars.

This hip-hop song about lust is a masterpiece in the lyrical department, and its magnificence can’t be equated with a similar song in the same genre.

Since the release of this visually explicit song in 2018, it has acquired over 324 million views and is one of Iggy’s most-selling records before her brief retirement.

In this track, Edwyn Collins showed us his musical prowess by fusing multiple genres to create a masterpiece. The song fuses pop, fun, rock ‘n roll to create a unique, inspirational sound.

The lyrics center around the artist’s desire for a girl that makes him weak on the knees.

The last song on this playlist is Pillowtalk by Zayn, which has managed to get over a billion views on YouTube. The song focuses on the sexual intimacy of the artist and his lover Gigi Hadid while describing intimate emotions and moments they share.

Pillowtalk was the artist’s debut solo after leaving One Direction and it hit number one in both American and European markets.

The feeling of lust can be heavy on a person, especially those who lack the courage to approach the person they desire. This compilation of songs about lust shows us that lust can be mutual and reciprocated; in some other scenarios, it can be outside the context of a loving relationship.

These songs have helped me see that I am just as human as anyone else, as my feelings and urges are not unique and sinful. Like anyone else, the tracks have taught me that I will continue experiencing them as life continues.