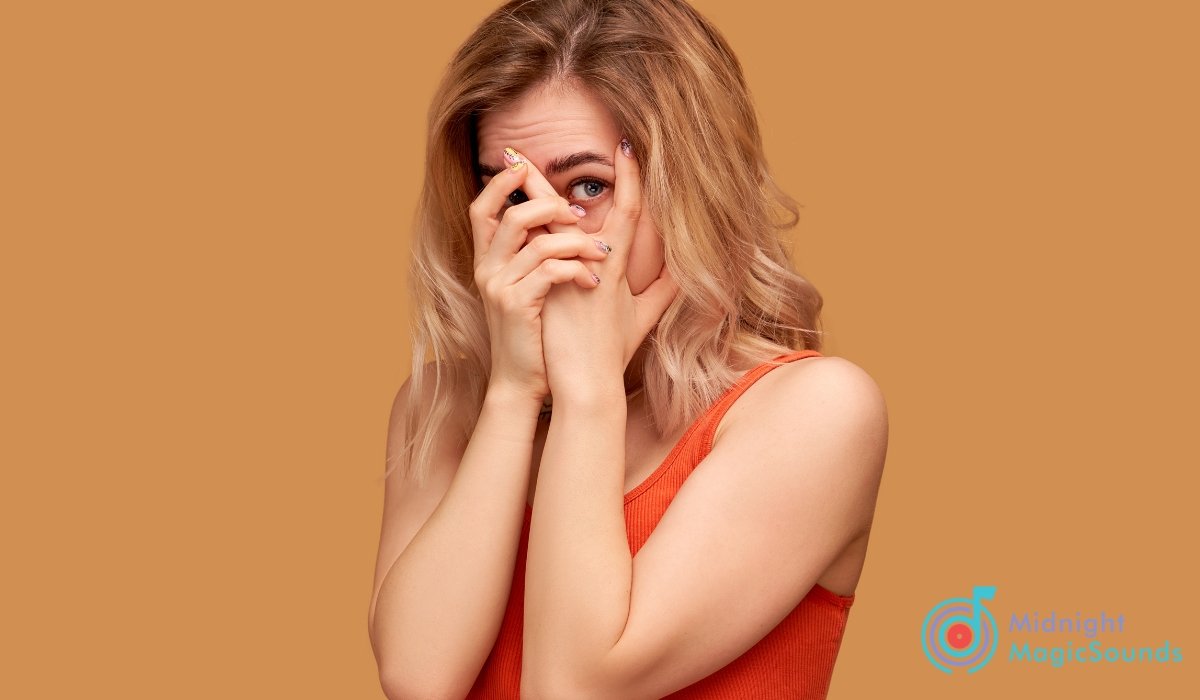 Have you felt insecure lately and unsure of where you stand in your relationships? Do you constantly compare yourself with others? Perhaps listening to this compilation of songs about insecurity can help show you that you are not alone in your interpersonal struggle.

These songs will show you that you don’t have to measure up to others because you are special and unique in your own right.

One of the most incredible things about music is that you will find a song that matches your experience and your mood. I found most of the tracks in this compilation help me feel better because it connects and relates me to others facing the same predicament as me.

This compilation covers songs from different generations and genres, making it easier to connect to any listener through its lyrics.

21 Songs About Insecurity That We Can Relate To

Here are some of my best songs about not feeling good enough that will aid you are worth and don’t need validation from anyone.

The first song in this compilation about having insecurity is Cool Kids by Echosmith. It is a great song because most of us, especially in our teenage years, struggle to try to fit in.

The lyrics tell a story of a girl that wishes to be someone different from she is. While we try to find ourselves, the song teaches us not to let people change who we are.

My interpretation of this piece by TLC is about the struggle and focus on changing your physical appearance, but deep inside, you feel insecure and not pretty.

The band teaches us to accept who we are and not focus on our outward looks by changing what we don’t like. The song peaked at number one on the Billboard Hot 100.

3. All By Myself – Eric Carmen

All By Myself is a popular song by Eric Carmen, released in 1975, that focuses on the insecurity of being lonely. The artist used the most painful and intense feeling of loneliness to make this depressing but beautiful track.

This adult contemporary track became very popular after Celine Dion made a cover version of the song in 1996, becoming one of the most popular songs by the artist.

This is one of the best songs about insecurity created as the message focuses on the feeling of being an outcast. This melancholic piece by Lorde talks about fears we face in real life, making it relatable to the listeners.

Instead of thinking she is worthy of love and respect, Lorde believes her friends are better off without her. The raw emotions from her vocals and the piano instrumental make the song’s message hit me at my core every time I listen to the track.

With a core focus on the topic, this song by Jess Glyne has a heart-touching piano melody and exceptional vocals from the artist. She created this song to paint a clear picture of her struggle so that we, her listeners, can relate to her plight.

Her vocals are crisp, making picking every line from the song easier. I love this song as it has helped strengthen me during many dark times.

India.Arie and Akon were ahead of their time, talking about social and racial issues before it became trendy. India has brought strength to many women of color through her music, and I believe she doesn’t have the ability to write a meaningless song.

They sing about their insecurities and how they had to experiment with different kinds of hairstyles because people would dislike them for the color of their skin, so the hair would help them be a little more “likable”.

“Perfection is a disease of a nation” is the line that sums up this song. Pretty Hurt is for those who have had insecurities because of the unrealistic beauty standards that society has set on them.

The song discusses the pain of being beautiful, showing us the lengths some people are willing to go to conform to society’s beauty standards.

Imagine Me is one of my favorite songs about insecurity that I constantly listen to draw strength from. This is one of the best gospel songs ever composed by Kirk Franklin, as it inspires its listeners to have freedom over their insecurities through God’s grace and acceptance of one’s self.

The song went on to win a Grammy Award for Best Gospel Song.

The song perfectly captures the mind of an insecure person through its powerful rap verses and soulful hook. It starts with Lil Wayne saying that he has been misunderstood and nobody has felt his pain and struggles but him alone.

The artist addresses his insecurities and knows he is the only one who can solve them. The song was released on his ninth studio album, Carter IV, and has gained over 750 million views on YouTube a decade after its release.

Many of us have felt insecure because we thought our partner might like someone else more than us. This song by American singer RaeLynn calms me down and reassures me.

She tells us to be confident, both in ourselves and the men we’re in a relationship with. It’s not worth living in fear, “He’s all yours, he ain’t hers / She ain’t worth getting insecure”.

Inspired by one of her favorite actresses, SZA composed this track in honor of Drew Barrymore. The song’s theme surrounds self-esteem issues and loneliness, which characterize SZA in her relationship.

If you have doubts about whether you’re good enough, this track addresses that issue and might give you the strength to improve.

The saddest thing about the song is that you know the duo still loves each other, but each of them is insecure in their own right, making them break up.

In an interview after the song’s release, Martinez described this song as having the insecurity of being vulnerable and being afraid of strong emotions such as love.

She was hanging out with a boy she really liked and didn’t want to ruin it by expressing her true feelings. The track is featured in her debut album, “Cry Baby”, released in 2015. The bubbling sound on the instrumental is what makes this magnificent piece unique.

“Good Enough” is one of Empire’s most popular original songs. The song talked about the insecurity of the character after feeling he was coming short of his father’s expectations.

The song’s message applies to anyone that has faced abuse for who they are and reassures them that they are good enough.

Knowing your self-worth and accepting nothing less is one of the most powerful things we can do. Often, we end up equating our self-worth with how much our crush likes us, and it leads us to feel insecure and hate ourselves.

Many of us have experienced this, especially this part: “And if you ever think of me / I bet I’m just a flicker in your head”.

Recommended: 21 Popular Songs About Hating Someone.

16. Stressed Out – Twenty One Pilots

This track is a mix of different genres, such as alternative hip-hop and rock, making it beautifully unique and pleasing. Stressed Out highlights the harsh realities caused by insecurities while growing up.

In the face of hardships we face during adulthood, they dream of returning back to the time when they were young. This song takes us back to our childhoods, when we were carefree and innocent, before insecurities existed.

This is the debut single of the English rock band Radiohead, released in 1992. The song is also one of their best-selling ones. He’s insecure about his looks because asserting himself while being a hard-rock singer makes him look like a creep.

NF has proven to be one of the best composers of songs that talk about mental issues, such as Leave Me Alone. With multiple songs about insecurities, this track talks about feelings of self-hate and depression, and the insecurity they bring.

Hate Myself addresses also talks about suicidal thoughts that come from the insecurities that a person can have, and having that conversation in his song made his listeners suffer from the same to relate.

Have you ever been in a position to question someone’s love for you? Then this is a relatable piece that talks about the insecurity of imagining a one-sided love from your partner.

Jay Sean has proved to have consistency in his music composition, dropping hits with the same musical style and composition that seem to hit the nail on all topics he focuses on.

Eli’s track contains elements of pop and R&B with a message that is not common in most mainstream pieces. It has an interesting blend of genres while conveying a sad and suicidal message.

Eli starts by speaking openly about his vulnerabilities and insecurities. He then talks about the uncertainty and being lost in life, and expresses his suicidal thoughts. We’ve all been there, but we must fight on.

This magnificent duet highlights the topic of insecurities in a relationship. The artists have perfect harmony while addressing and talking about real issues affecting relationships.

The song enabled me to self-examine my relationship to see myself from another person’s perspective. The song became popular as it was featured in the official Insecure Season 2 soundtrack.

You are as unique as a snowflake, and this massage is common in this list of songs about insecurity. Insecurity is a common emotion experienced by humans at any point in our lives.

Most of the artists that composed these songs wrote from a personal perspective, which has assisted in connecting with others with similar feelings. This is very helpful as some of us struggling with insecurities find it hard to cope when we don’t have anyone to share our struggles with.