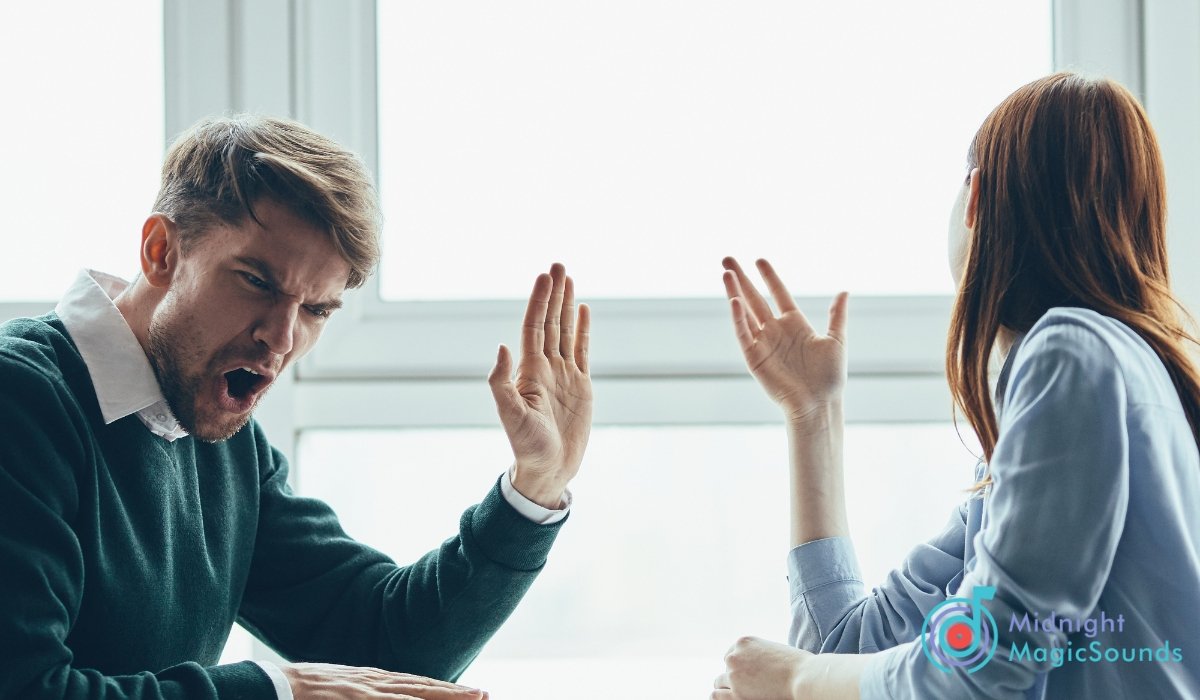 While hate symbolizes negative emotions, some of the most popular songs about hating someone have helped many through difficult times. Most of these songs’ lyrics express the composer’s hateful vengeance towards someone they felt wronged them.

I believe that composing these pieces helped them release their ill feelings as some artists, such as Eminem, reconciled with the people he hated.

The impact of toxic relationships and breakup play a significant part in most of the song’s compositions showing how the artist was disgusted by how their relationship ended.

Though hatred is a sociological phenomenon, the feeling manifests because of manipulation, abuse, or being misled. I found most of these artists truthful about what they are going through, as most of these lyrics are written from a personal perspective.

21 Popular Songs About Hating Someone

Most popular tracks show us it is okay to be a hater. Read on to discover some of the best songs about hating someone.

To start, this compilation is one of my favorite tracks from Eminem. Though the profane lyrics of the tune would probably get Eminem canceled in this generation, they clearly show the composer’s hate towards his breakup.

Never has an artist created a chorus wishing someone to die that has rhythm and melody compared to this piece by Eminem.

With Too much profanity in his original Piece Titled F**k You, which ended up gaining over 120 million streams, CeeLo Green composed a cleaner version for mainstream media.

Both versions put out a powerful message of the artist’s hate towards his ex-girlfriend. This timeless popular classic taught me the valuable lesson of venting out when hurt so that I can live past the anger caused by those who hurt me.

The track opens with a sweet melody that welcomes us, the listeners, to the hate experience of Prince towards his cheating ex-girlfriend.

In this track, you will be captivated by the artist’s vocal range as he effortlessly switches from falsetto to soprano to tenor. Prince finalizes the song with his iconic electric guitar riff showing us his prowess in musical instruments.

This betrayal anthem is one of the most popular songs about hating someone of all time. The song addresses the issue of fake friends who maliciously harm you only to give you a fake apology afterward.

Bad Blood has over 1.5 billion views and can make us question the people who hurt us in our lives, but we constantly let them stick around.

5. I Hope Ur Miserable Until Ur Dead – Nessa Barrett

Sometimes a song’s summary can be done only by its title. The title, a recurring lyric on the track, proves the level of hate Nessa has.

The verses give the listener the reasons why she is fed up with her relationship. The song became famous because it became a popular trend moving on TikTok.

ABCDEFU is an addictive song that one can listen to back to back as it has a great hymn and quite a fun vibe. Gayle vociferously narrates how much she hates her ex and everything about him.

I appreciate when she clarifies she hates everything but his dog showing her sense of humor on that line. This song also became viral on TikTok.

Inspired by her breakup, Miley Cyrus composed this song as an outlet for the different emotions she was going through. In an interview, she stated that her breakup with her ex, Nick Jonas made her furious, and the lyrics demonstrated what she hated about her former relationship.

Even though she was angry, at the end of the song she realizes she would never hate him so she ended up listing the things she liked about him instead.

I consider this track one of the funniest songs about hating someone. Yankovic takes his time to narrate to us the wicked deeds that his lover keeps on doing to show that she hates him.

Though the actions from his lover started as mild jokes, the lyrics escalated quickly, showing how far she would go to harm the composer. As a listener, you are left in disbelief of whether to feel sorry for the composer or laugh at his situation.

Recommended: 21 Best Songs to Dedicate to Your Brother.

9. Everything About You – Ugly Kid Joe

If you are going through a tough time and need a song to release your pent-up anger, I recommend this song from Ugly Kid Joe.  The track became popular because it was part of the soundtrack of Wayne’s World.

In this song in her Reputation album, Taylor Swift proves that she is a great singer-songwriter and a good storyteller. Look What You Made Me Do is a dance-pop song that incorporates themes of karma and revenge towards unnamed adversaries.

Possible names that she could be addressing include Kanye West, Kim Kardashian West, and Katy Perry.

This song is not for the faint of heart. Eminem’s relationship with his on-and-off girlfriend Kimberly Scott was very volatile. He wrote this song after they had broken up for some time.

In the song, he’s expressing his anger and hatred towards her, and it ends with Eminem killing her and putting her body in his car’s trunk.

Eminem confirmed in an interview that it was what he felt at the time, and music was the only outlet to express his anger as it was the healthy way to do it and not hurt the mother of his child.

This track by Ray Charles may be the most famous song about hating someone on the compilation. The track captures a partner’s hate and tells the significant other, “Jack,” to leave for good and not return.

The charisma and charm exhibited by Ray Charles, coupled with his fantastic piano skills while performing his songs, is what makes him one of the best artists ever.

Being in a failing relationship can take a toll on someone; that’s why SZA wrote this piece to express her toxic relationship with her lover. The song has a great video concept that matches the artist’s great vocals with a good rhythm.

Over a decade after its release, the song keeps being relatable to what most people are going through. Ke$ha confirmed that the song’s inspiration came from a girl who pretended to be her friend while secretly trying to bring her down.

15. I Hate Everything About You – Three Days Grace

This song is about being in a love-hate kind of relationship. This is a very unlucky situation to be in as you’re conflicted between loving and hating someone in a toxic relationship.

This song by Lily Allen is one of the few songs about hating someone; the lyrics are an attack on a president. The artist composed the song taking inspiration from tunes and rhythms of nursery school rhymes, making the song sound innocent. She talks about multiple issues of homophobia and insults George W. Bush.

This hip-hop track by Big Sean possesses multiple singing and rapping styles from the duo. The artist released the track after breaking his engagement with Naya Rivera, leading to speculation that it is about her.

Hate by Plain White T’s shows us that it is okay not to forgive your ex after being betrayed by them. This song is about the composer’s broken heart and captures the emotions he is going through after the breakup.

Cleaning out my Closest is another great song about hating someone. In this tune Eminem is expressing his pent-up anger with his ex wife, his mother and his father.

With an ongoing beef between Katy Perry and Taylor Swift, fans of Katy have speculated that this track was a response by the artist to the ongoing feud for a long time.

This song features Nicki Minaj and she talks about her beef with Remy Ma. Katy cleverly uses basketball-related metaphors to speak out against their haters. The song became a hit, gaining over 688 million views.

To end this playlist, this song is about a breakup. It describes a relationship that fell apart, but both parties have a hard time moving on.

They both miss each other. Gnash described the song as “Missing someone sucks, but it’s important to feel.” The song has a piano instrumental setting, a gloomy mood, and elements of RnB.

While hate is not an ideal emotion to possess, the popular artists on this playlist show there is no need to avoid it. Listening to a song about hating someone helps connect you with a composer with relatable problems and helps you heal from your wound.

I found most songs about hate were composed after a heartbreak showing how much they were hurt. Although there is a broad spectrum of emotions other than heartbreak that are associated with hate, some common ones include trauma, frustration, and anger.