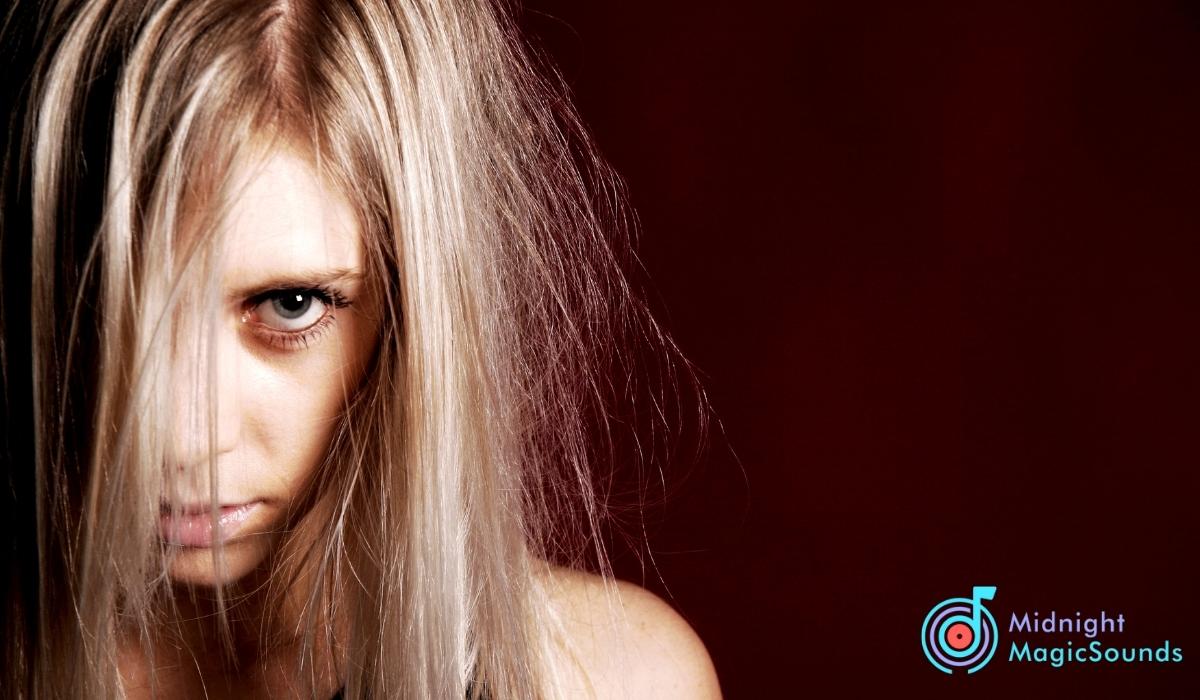 Songs about crazy people act as a way for people to reprimand those people who seem out of control. They could also be a means for the artist to show that they feel like they are losing their minds.

There are a lot of different people out there. Unsurprisingly, some of them seem to have a few loose screws. You probably have interacted with someone who seemed odd and is challenging to deal with.

They could be someone you love, a colleague, or a stranger on the street. These people leave lasting impressions on our lives. Sometimes they can even make you feel like you’re going crazy.

The 21 songs I have compiled will help you see how everyone deals with the craziness.

Institutionalized comes from the perspective of someone seen as crazy by his friends even though he feels alright. Everyone in his life is trying to help him, which drives him crazier.

Sometimes the best thing you can do for someone struggling is to give them space to work things out independently. It would help if you found the right balance between caring and giving them space.

Mad World by Garry Jules calls the very nature of society crazy. The song is sung from the perspective of a depressed person, looking at society and calling it crazy.

He sees the people going to work every day as lifeless, a child’s birthday being the only day he’s truly happy, and he seems to enjoy seeing dreams where he dies.

Stan is a story about a crazed fan who writes letters to Eminem. He is so obsessed that when Eminem doesn’t give him the response he’s asking for, he commits suicide.

Psycho Killer is one of the weirdest songs about crazy people I have ever heard, but it grows on you the more you listen to it.

The band wanted to capture the thoughts of a crazy killer and the song does an excellent job of depicting a troubled mind. The song is unorthodox in how it is performed, but I think it was intentional to achieve the desired effect.

Green Day does an outstanding job of making a rock song about someone who feels like they’re losing their mind. The video is also on the theme as they set it in a mental institution, with the singer questioning himself and wondering what’s wrong with him.

Billie Joe Armstrong wrote this song as he suffered from various panic disorders when growing up, making him think he was going crazy. He said the only way to deal with it was to write a song about it.

This song was inspired by an experience Black Francis had when he was in the Caribbean. He had a small fish chase him while he was snorkeling.

The repeated chorus “Where is my mind?” also hints at him feeling like he was losing his mind at the time.

7. Diary of a Madman – Ozzy Osbourne

Everything about this song screams crazy, from the weird guitar background to the lyrics. The song takes you on a one-way trip to the mind of a madman.

The song was inspired by Bob Daisley’s experience when he was a kid. He had a nervous breakdown and the song tries to describe that phenomenon.

Others call Kanye West crazy, while others call him a mad genius. To make a song about yourself and talk about how you don’t like who you are now and miss the person you were is normal (kind of).

But to sing about it in the third person and repetitively say your name seems a bit weird. It seems narcissistic, especially when you consider he ends the song with, “And I love you like Kanye loves Kanye.”

There is no denying that Halsey has a beautiful voice. She displays her musical talent when singing this song about her bipolar disorder, a disease she was diagnosed with when she was a teenager.

She feels like she doesn’t control her actions and that people should be afraid of her. Halsey captures the struggles of having such a devastating disease perfectly. This is one of the few songs about crazy people that create awareness of a mental disorder.

The amazing band that doesn’t slow down at any point wrote this political song. With three drummers on this song, you really can’t help but love it.

The song is about how the modern-day man will grow to be crazy because conflicts like the Vietnam War have a great toll on entire generations.

Nick Cave tells a dark story of murdering people and their relatives in a bar. As dark as it sounds, I enjoyed this song because it tells it in a very creative dark way.

There is no doubt that the persona in the story is crazy. This song is not for the faint of heart. If you can sit through the fourteen minutes of this song, then I highly recommend it.

This song takes me back to the mid-2000s when I first heard this piece. It is timeless and about a person questioning whether he is crazy.

The song questions people about their beliefs and challenges them by suggesting that maybe they are the crazy ones.

Rihanna has been one of my favorite singers for a long time. A close look at the song lyrics shows how a disturbed mind is trying to cope with all the dark and scary thoughts that creep up on you when you least expect them. These thoughts can make you go crazy if they’re not dealt with.

A list of songs about crazy people wouldn’t be complete without this piece. Not only is it a rap masterpiece, but it also tells quite the story.

You get to hear Eminem talking about how his mother mistreated him as he was growing up. We’re lucky to see Eminem doing fine because his mother really had some crazy tendencies.

15. Everything I Wanted – Billie Eilish

This song is based on Billie’s dream, where she dreamed that she had committed suicide and nobody cared. She says her colleagues, fans, and even friends ignored her, and that she felt disposable after waking up.

It messed up her mental health; her brother was the only person she had to help her. It just shows that sometimes all it takes is the right person by your side for you to get through the most challenging situations.

This song is about a person with crazy friends, but instead of being ashamed of them, he is proud of them. However bad it may sound, it’s nice to find people who accept you for who you are.

The song encourages us to accept ourselves with our flaws and also warns people not to be judgmental. The song is edgy and catchy, reminding us there is nothing wrong with being crazy but to seek help if you feel overwhelmed.

This song, just like the previous one, is an official soundtrack for the Suicide Squad movie. It features Wiz Khalifa, Logic, Ty Dolla $ign, Imagine Dragons, and X Ambassadors.

The song perfectly describes the crazy nature of Haley Quinn and her relationship with Joker.

Migraine is a great song about crazy people. In this song, migraine is used as a metaphor for there being something wrong with the world even if he can’t figure out what. The protagonist is shown going crazy to symbolize the state of the world.

This song is from the perspective of a young man who feels like his parents’ way of thinking is outdated. He doesn’t want to act the way his parents want him to because he isn’t them, and the times are different.

You can see that this affects him mentally as he thinks about committing suicide. This song teaches us to learn to see each other’s points of view and discuss them rationally.

This song concerns the anxiety and craziness that develops when you rely on others for validation. The fact that she isn’t getting it makes her act in irrational ways, like calling people at 3 am.

Halsey tells a good story and takes you through exactly how she’s feeling. This song is relatable because we have all been there, wanting to hear a nice thing about ourselves when feeling down.

The singer feels like he is being controlled by society, specifically adults, so he becomes the “perfect” member of it. Constantly being told what to do is what makes him lose his mind.

As much as parents wish the best for their children, they sometimes suffocate them in an attempt to help them. Sometimes parents and adults in general should let teenagers n make their mistakes and learn from them.

Everyone has a bit of craziness, and it’s best not to treat yourself too harshly for being the way you are. Give yourself time to get through what you’re going through. Everyone is struggling out there.

It’s better to be kind to people; you never know how your smile or a compliment could impact someone’s life. These songs about crazy people should only encourage you to seek help.

You should not feel alone in your suffering. Even successful artists go through the worst of times. The best thing is to work through your underlying conditions to eliminate the craziness.