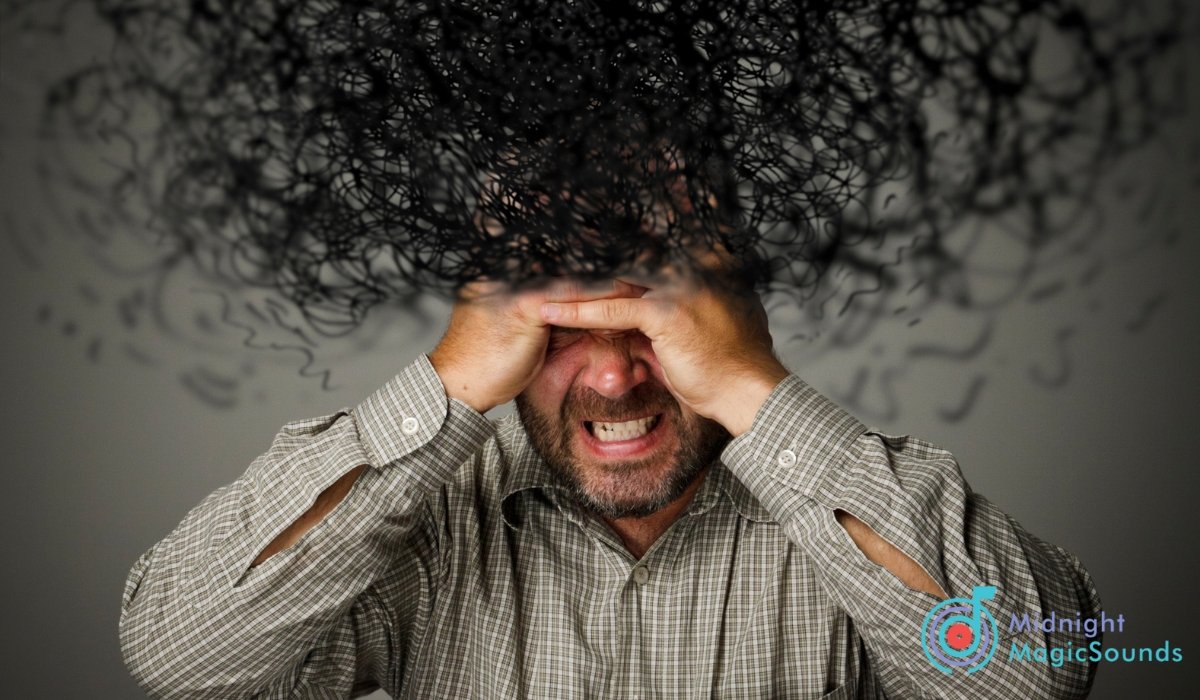 The world is complicated, something we discover as we grow older. The chaotic nature is perfectly captured in songs about chaos as they help us maneuver these confusing times.

I am taken aback by how soothing and relatable songs can be, as they are arguably the best means of entertainment. No matter what you are going through or want to conquer, you can always count on music to get you through it all.

Recently, the world feels like it is getting more complex and confusing. On that note, I have compiled the best songs about chaos and confusion that depict this state.

The underlying message of most of these songs is the chaotic nature of the world. Let’s take a deep breath and dive into how the crazy world makes us feel.

21 Songs About Chaos And Confusion

The songs below talk about how chaos and confusion surround us and are part of our daily lives:

1. Underwater – Elizabeth and the Catapult

This is a great catchy tune about embracing the unpredictable nature of a world that can be chaotic at times. It is the perfect song to start us off on this list of songs about chaos, as the singer compares being engulfed by the chaos of being underwater.

Our first instinct when challenged with adversities may be to run away or fight but maybe embracing the unembraceable is a healthier way to cope with these situations.

2. Ball Of Confusion – The Temptations

The 70s, when this classic was released, was a problematic time for the US, and this song addresses it. It is a political statement that criticizes the Nixon government for its involvement in the Vietnam War and its failure in the drug war.

The song dives into the chaotic world the Nixon government made and its impact on us. It was a powerful stance at the time, being popular with anti-government protests, and still holds some truth today.

This is a more recent song that was released in 2022, and it is an aggressive and heavy song. This tune is mostly known for its chaotic nature more than its lyrics which perfectly capture the genius of it all.

The band said that the song is about getting to the end of the road, thinking you can finally rest, and realizing it’s not only more chaos, but that’s all there is ever gonna be.

This is a tune that will send chills down your back. It has been described as a dark song for its ominous tune.

The tune itself is about how chaotic the world has gotten. The singer compares us with animals by saying the confusing nature of the world has made us animalistic. Perfect song to relate to when facing chaotic days.

Next on the list is Poppy’s industrial metal song. This song is not just about the anarchy and devastation that can result from chaos; it’s also about the self-realization that comes from that chaos.

The song has a rise-and-fall nature, with heavy and aggressive bits followed by normal parts in a cycle. In doing that, the singer may be trying to tell us how chaos can break even a normal man.

6. All Shook Up – Elvis Presley

The king graces us with this classic masterpiece that has had more covers than most songs. It is a love story about how the protagonist is all shaken up from being crazy in love.

The song is about how chaotic our minds and mannerism get when we are in love. Elvis did a great job with this lovely song.

This tune is a great psychedelic rock piece that was first about a guy on an acid trip. He doesn’t know where he is going or what to do.

At the same time, he is trying to figure out how he is going to go back to his toxic relationship. He’s not sure what his girl will do to him, which fuels his paranoia.

Eagles are an American rock band responsible for this tune about the confusing nature of love. It is a story of two lovers who constantly fight and want to break up but still love each other.

The song is a reality check that sometimes things just don’t work out, even if you are in love. And the singer can’t understand why it’s not working out.

In some ways, love and being in love can be very chaotic, and the most confusing thing you have to live through, and Eagles brought this feeling to life with this tune.

Recommended: 21 Most Famous Italian Songs of All Time.

9. (I Can’t Get No) Satisfaction – The Rolling Stones

When looking for songs about chaos, you can always count on The Rolling Stones being in the mix. The song is about how no matter what the singer does, he can’t get any satisfaction from anything.

He goes on about how much he tried, but he is only on a losing streak. A nice classic to get your head bobbing to its catchy tune while commiserating on the complexities of life.

This is a big fan favorite, made popular by the TV series Supernatural. Some fans believe the song is religious, with lyrics like “Carry on, my wayward son / There’ll be peace when you are done”.

However, the songwriter debunked that by saying it is an encouraging song to his younger self to help him face the challenges ahead. It has themes of confusion and illusion.

“Land of Confusion” is about how greed and narcissism have taken over our political leaders. It was a rare politically themed piece Genesis released, but the fans loved it. It was written when the US and Russia were at each other’s throats with threats of nuclear war.

It explores the chaotic and complicated subject of politics and how the right decisions rarely get made. An eye-opening piece to question the status quo and demand better.

This Tate McRae track is great to include in your playlist of songs about chaos. It is about how growing up is chaotic. The endless journey of constant heartbreaks with the promise of eventually finding someone is painful and emotionally draining.

It is hard to cope when you are an innocent teenager thrown into the deep end of love troubles. McRae immaculately captures the chaos of it all in this song.

This track is a different type of song than we are used to from Kid Cudi, as he talks about his suicidal thoughts. He said he composed this tune to support the people going through it.

He sings about how drugs and loneliness contribute to this confusing and scary feeling, pushing some to choose suicide as a release from it all. It is an encouraging song to listen to when feeling alone and confused.

This piece is a dedication to the classic question we ask ourselves when we get into a new relationship. Is it love, or is it just confusion?

It is my go-to tune when I feel conflicted and need to remind myself to focus on what I can control.

Münchhausen is a great song with a catchy tune that was a fan favorite when released in 1992. It is about how life can be unpredictable and confusing, yet we still have to face it.

It is an older song that can get stuck in your head with its memorable tune and relatable nature. It’s probably a song about the novel “Baron Münchausen’s Narrative of his Marvellous Travels and Campaigns in Russia”.

16. I Worship Chaos – Children Of Bodom

Children of Bodom are known for their violent and blood-curdling songs that are full of foul language, and this piece is no different. This song seems to be celebrating the chaos in the world.

When asked about the song, the band’s lead singer said “I need chaos around me to feel comfortable.” When you feel like embracing your demons and the chaos in your life, this is the song for you.

Gracie Abrams goes into a lot of topics and things going on in her life, making her feel confused and overwhelmed. It is a slow, sweet-sounding track that seems out of place with other songs about chaos.

But if you go through the process of a breakup while figuring out how to grow up, it can make life complicated. And this song shows you are not alone in this.

This 1978 tune is about the complications of relationships as they are harder than people take them to be. The singer goes on about how he doesn’t understand his partner even though he loves her.

The whole situation confuses him as he cannot grasp the misunderstandings between them, but he still loves what they have.

Muse sings about how chaotic the world has gotten and how we need to adapt as it is a kill-or-be-killed situation. It is an anthem for survival and adaptation, as many songs about chaos are.

The heavy and aggressive song is brilliant as it channels out your animalistic nature as intended.

Your Love by Glass Animals is a piece about how sometimes we just want to let ourselves go into chaos as it feels more natural than calm. It encourages us to embrace the chaos if conquering it is too hard and that it gets easier when we get used to it.

Even though you know toxic relationships are bad for you, sometimes you can’t let go of them.

We conclude this list of songs about chaos with a positive one by Sara Bareilles. The song is a soft and soothing piece that touches the soul. It was written about learning to cope with chaos.

Sara was trying to bring people together with this one, and it was well-received for its beautiful melody.

Chaos is a constant in our lives, and instead of running away, we should be able to deal with it or accept it as part of us. These songs about chaos can give you the drive to challenge the chaos and confusion.

They tackle different challenges the world might throw your way and tell you how to cope with them all. I have faith they will help you as they have helped me.