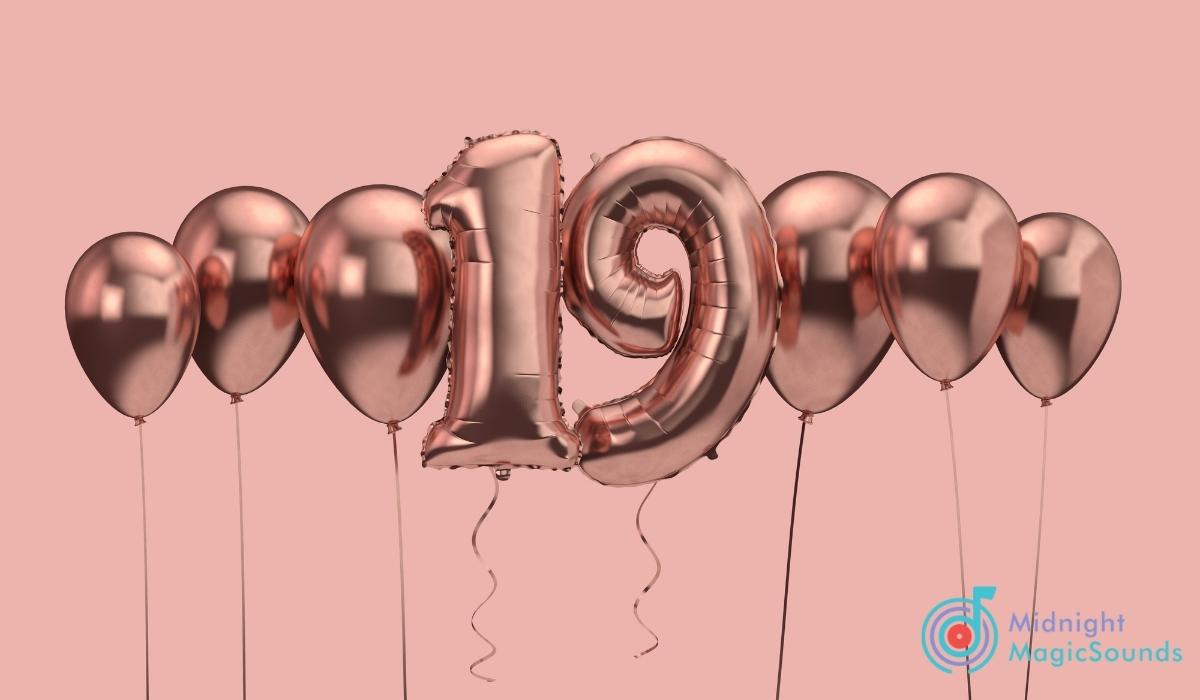 Music is among the most therapeutic things that can help you reduce stress and anxiety. When you are 19 years old, you’re probably uncertain about many things in your life.

Having been 19 years old and having experienced all the ups and downs, I selected some of the best songs about being 19. They all give a good message and encourage you how to survive this adventurous yet demanding age.

You have to take care of many things, and the pressure can be unbearable. However, taking the time to listen to these songs might help you relieve some of the anxiety that comes with transitioning from teenagehood to adulthood.

The songs I have compiled for you to listen to are about being a young adult and getting out of teenagehood.

“Dear John” is the first song on our list and it’s a classic post-breakup tune from Taylor Swift. It is a song that tells the story of a 19-year-old girl who falls in love with someone she didn’t know well.

Despite the many warnings that people had given her about John’s manipulative nature, Taylor didn’t listen to them and ended up getting heartbroken. I find it very emotional and relatable to many people that have gone through similar situations.

This song is a cover of Tegan and Sara’s song with the same title. Hayley Williams sings about being 19 and the various experiences she had. In the song, she talks about how she was taken advantage of by her partner who used her and didn’t really love her.

“Perfect Places” is a great song that talks about the negative aspects of partying. Being 19 and innocent, Lorde gave in to the euphoria, partying hard, doing drugs, etc, but it wasn’t an overall good experience, teenage years for her were above anything, imperfect.

Juice WRLD’s “Fast” is a song about the struggles of being a young adult. The song is about how difficult it can be to be in your teenage years and all of the emotional burdens that come with it, especially being a famous rapper.

Juice WRLD got famous when he was very young, and in the song, he is describing the pace that his life had taken after he became famous.

The song is from the 1998 album “I’m So Confused”. Here Jonathan is describing his experience when he was in Naples, Italy. He was 19 and talks about his state of mind and how Italians looked at an American man that was seemingly rich.

This song is more about feeling that you’re 19 and young than actually being 19. This is because, in “Hey Nineteen”, the protagonist is an old man flirting with a 19-year-old girl.

The whole experience is going very badly as he hardly finds anything to talk about with her, for example, she doesn’t even know Aretha Franklin because she’s too young for him.

Despite the rocky guitar and all, this song is actually sad. I remember when I first heard the lyrics, I felt really bad for the protagonist. “Coxton Yard” is about feeling depressed and wanting to end it all.

The protagonist wonders whether anyone will miss him if he commits such an act. Ending your life at such a young age is definitely something you shouldn’t do, you have a whole life ahead.

The song is about the Vietnam War, in which Australia participated as part of the United Nations forces. The lyrics also reflect anger at being caught up in something that seemed to have little to do with him. War is always bad, especially considering the fact that most soldiers would return with PTSD.

Sometimes you need to express everything you’ve been keeping within for so long, and life gets a little bit easier after you do. This is exactly what the song “Nineteen” does, with the protagonist talking about something that’s been bothering him for a long time.

Miranda acknowledged having a poor relationship with his father, and this song is his attempt to express what he was unable to do as a young person. He says he cannot be what his father expects him to be, expressed in the lyrics “I am not the man you want me to be / I am not, I am not / I am not my father’s son”.

The song is about the feeling of ending your teenage years. It captures the feeling of not wanting to be an adult and having a carefree life. Being 19 is when you can do whatever you want without any consequences. We have to accept that we cannot live that way forever.

This country song is about reminiscing about our teenage years. The girl-duo sings about the time in our life when we are crazy, young, and free from responsibility. Many of us miss that phase of our life and its simplicity.

“Anything You Want” is a song about moving on from a relationship. The band’s singer also admitted that this was written about his ex-girlfriend, Eleanor Friedberger. It talks about the need to move on because the girl hasn’t grown at all, it’s like she’s still 19.

In this song, Dan revisits his teenage years, specifically the time when he was 19. He celebrates his maturity and embraces his mistakes. It might be eye-opening to look back on your teenage years from the perspective of an adult and consider some pivotal events that occurred.

“Twinkle Lights” is next on our list of songs about being 19. This one has a dark theme as it’s about sexual assault. Willow Hawks tells her touching story, perhaps as a way to try to heal herself from this psychological wound.

“She’s Nineteen Years Old” is a sweet love song dedicated to the protagonist’s girlfriend that was 19 years old. He describes her baby-like behavior and holds her on a pedestal.

This is another song about the Vietnam War and its consequences on humanity. Paul was inspired to write this song after watching “Vietnam Requiem” on TV. He would compare his life at the age of 19 with that of the soldiers.

Paul said:  “…what struck me was how young the soldiers were: the documentary said their average age was 19. I was out having fun in pubs and clubs when I was 19, not being shoved into jungles and shot at.”

19 years old is the transitionary phase between teenage and adulthood. We don’t know what life’s like and what we’re supposed to do, so the only way to move forward is to learn from your own mistakes. Joshua talks about this phase in this song, where he describes himself as aimless, not knowing where to go.

18. Once And Never Again – The Long Blondes

In this song, The Long Blondes talk about a girl who is in an abusive relationship. The girl is young, she has a whole life ahead so she must leave this toxic relationship. We hope that this song will serve as a wake-up call for anyone else experiencing something similar.

The song “We’ve Been Had” is about being nineteen and the feeling of being “had” by the world. The lyrics are about the disillusionment that most people feel when they are teenagers and how it feels like the world is against them.

Sometimes the expectations we have of the world when we’re at a young age such as 19, end up being very wrong.

Imagine Dragons doesn’t need an introduction anymore, considering their fame. Their song “Trouble” was released in 2015 and talks about the way we think of the world when we are young. We think about freedom and independence, only to find out that later down the road we really need help from friends and family.

The last song on our list is about war. It tells the story of a 19-year-old football star who joined the armed forces after the 9/11 attacks. The young man protects his country and is an example of a real patriot.

Taylor Hicks said: “It’s American and honest, the story of a war hero. Our war heroes sometimes happen to be 19 years old. I felt it was relevant right now.”

Teenagehood is usually a chaotic stage in life, full of ups and downs, but when you turn 19, you start to see the reality of life. At this stage, you get to college, move out and start living like an adult.

For many, this comes with much pressure and high expectations. Listening to songs about being 19 is an incredible feat for any teenager crossing to adulthood or anyone wanting to reminisce on their previous years.

The lyrics from the composers are quite relatable and will give you relief because you are not the only one in that stage, and life gets better by the day.