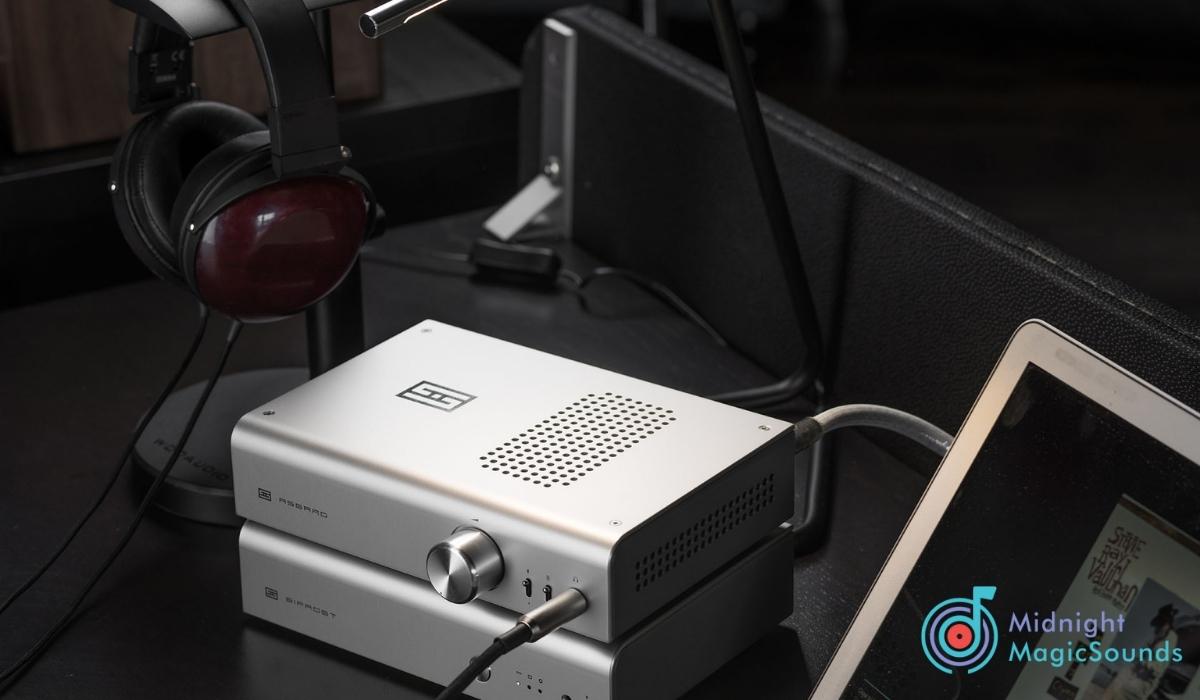 Headphone amplifiers allow you to push your headphones’ performance up a notch for a better listening experience. It’s like the standard amplifiers used for big speakers but on a much smaller scale.

And when talking about headphone amps, Schitt is one of the brands to be. In this post, we discussed a short Schitt Asgard 3 review, so you can see if this unique device matches your headphones.

Schiit is a known German audio brand, which has been around since 2010. They currently offer modular amps, DACs, speaker amps, and headphone amps. The latter is so far one of the most acclaimed devices on their list.

Sure thing, top-shelf headphones can give you mind-blowing acoustics, but a headphone amp can push its performance even more. And for cheap pairs, this amp can make such a huge difference.

So how does a headphone amp like Asgard 3 work? Basically, this device will increase the audio signal of the device, so it will be converted into a much better sound once it reaches your headphones.

Overall, it’s like any other amplifier but smaller and with less power. Below, we reviewed the Schiit Asgard 3 to check if it’s worth your hard-earned money. Feel free to browse and comment your thoughts. 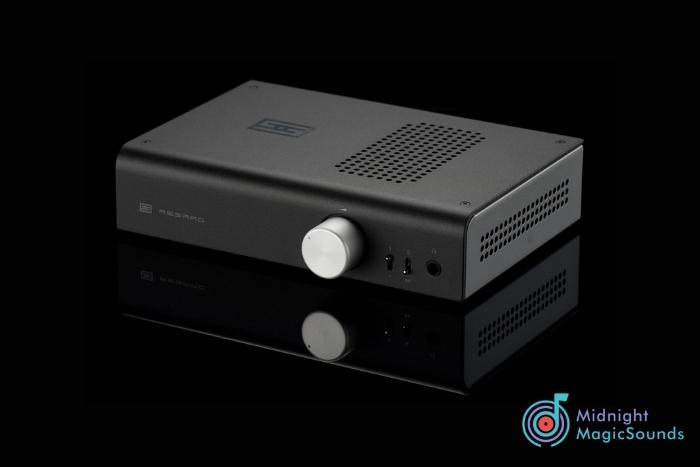 The Schitt Asgard 3 is the third reinvention of its predecessor unit, the original Asgard released in 2010. This modular headphone is beefier both in build and features. It has a refreshing aspect, which many audiophiles love.

Moreover, the Asgard 3 remains affordable, which is a steal considering its premium German technology. It’s not hard to be in awe of this device, especially once you plug in your headphones and start listening.

Still, there are a few downsides that we also want to mention to give you a realistic take on what this amp is about.

Asgard 3 is Asgard 2 in steroids. How, you ask? Well, Asgard 3 has 3.5 times more powerful than its predecessor units. It’s also high-performance and can amp up any headphones, enough to impress even the most meticulous audiophile.

Aside from that, this headphones amp has less distortion and is way quieter than older Asgards. Distortion is so minimal that it’s already hard to notice it even if you listen closely.

Overall, this amp has plenty of power that can drive even “difficult” headphone models. This device is designed to deliver a lot of power for both low and high-powered headphones.

You will enjoy all these features for a very reasonable cost. Although Asgard 3 isn’t the cheapest, Schiit got all the basics right and more. Of course, with a few small niggles as trade-offs. But if you’re going to ask us, this headphone amp is one for the books.

Schiit’s goal is to prevent Asgard 3 from being another dumpster fodder. They ensure that the headphone amp will be sustainable and upgradeable. We have to thank their genius modular design for this benefit.

The Asgard 3 is highly customizable to suit your audio preferences. When the old module gets outdated, you can simply swap it with the latest one. You don’t have to buy an entirely new headphone amp and toss the old one into the bin.

We also like that all parts of the Asgard 3 are manufactured and assembled in California. The fact that it’s not outsourced says a lot about the quality and reliability of its parts.

Aside from that, you can purchase replacement DACs from Schiit in case you want to upgrade or do some tweaking on your amp. 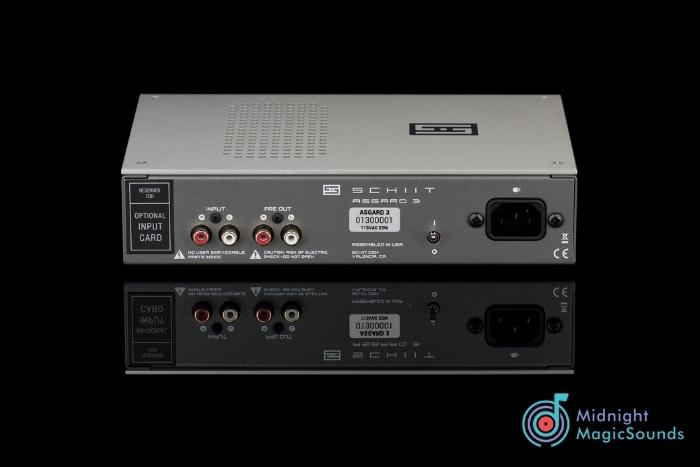 Asgard 3 is powered by Schiit’s proprietary Continuity topology. This is a feature that boosts the Class A output performance. This is also found on other headphone amps under the brand. In fact, you can also use modules on Schiit’s Lyr 3 and Jotunheim on your Asgard 3.

With the Continuity output, you will have enough power to amplify basically any headphone model. This amp also uses a ¼” jack, so there’s no need for you to get a balanced cable just to take advantage of its power. The only thing you need is to connect your headphones and enjoy better sound – that simple.

Asgard 3 offers flexibility when it comes to amplifying your headphones. There’s an analog input on the rear panel and an internal card input, whichever you’d want to use.

You can use this as a front end for your speaker amplifier or as a desktop system component. There are many ways to utilize this, so you can maximize its full power and modular design.

One of the best things that we like about the Schiit Asgard 3 is its 5-year warranty. This covers both the labor and parts in case you received a defective unit.

And if you’re not happy with the performance of Asgard 3, Schiit will let you send it back to receive a refund. They will only charge you a 5% restocking fee, which they will get from the cost of the amp.

However, this refund guarantee is only applicable within the first 15 days after you received the product. With that, make sure that you try the unit right away, so you can still send it back in case you’re not impressed.

For this price range to have such an unbeatable warranty, you’re guaranteed a zero-risk purchase. It’s also an added confidence that this amp has been tested by hundreds of users in the past years.

Some things that need improvement 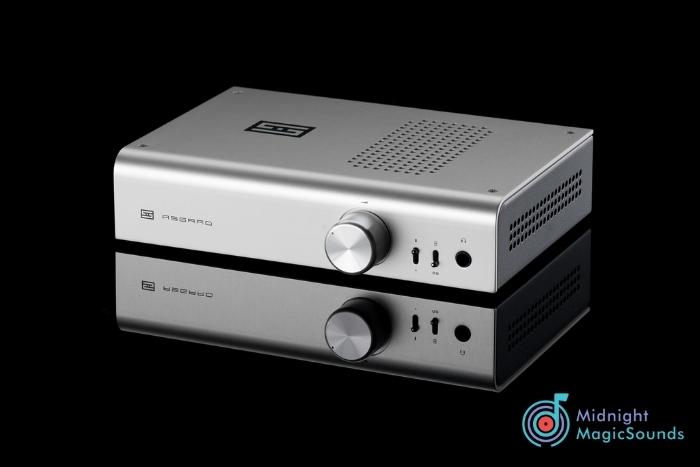 Overall, we are impressed with the Asgard 3. It’s one of the few headphone amps that actually work without slapping you with a very high price tag. However, we also have a few observations that you may want to keep in mind.

First, this thing gets really hot. If you’re a first-time amp user, the heat is enough to make you nervous and unplug the device immediately. However, you can’t expect an amp to run cold.

After all, it’s powering up your headphones, so expect it to turn a lot of power into heat. So overall, heat isn’t really a downside, but just a reminder for first-time users.

Aside from that, the Asgard 3 doesn’t have a LED. Some users may prefer having indicator lights to see whether their amp is working or not.

Still, Schiit explained that they eliminated the LED part intentionally. They removed the LED from previous versions because some buyers find it to be too bright. Nevertheless, they still placed one inside, so you’ll know that the amp is working without the annoying lights.

Lastly, this thing is heavy, which is not necessarily a bad thing. Just keep in mind that you must place it on a steady surface unless you want a heavy block crushing your feet.

Other than that, we don’t see any deal-breaker for this headphone amp unit.

We hope that this Schiit Asgard 3 review helps you assess whether this device is right for you. It’s powerful, compact, and upgradeable, which is everything we’d want from a headphones amp. Have we mentioned that it’s affordable, too?

The best thing about this amp is that it can power up just about any headphones. It can turn your cheap pair into a stunning audio device. You can also upgrade and tweak your amp based on your liking.

What are your thoughts about the Asgard 3 amp? Have you used it before? Feel free to share your listening experience! 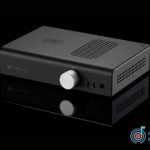