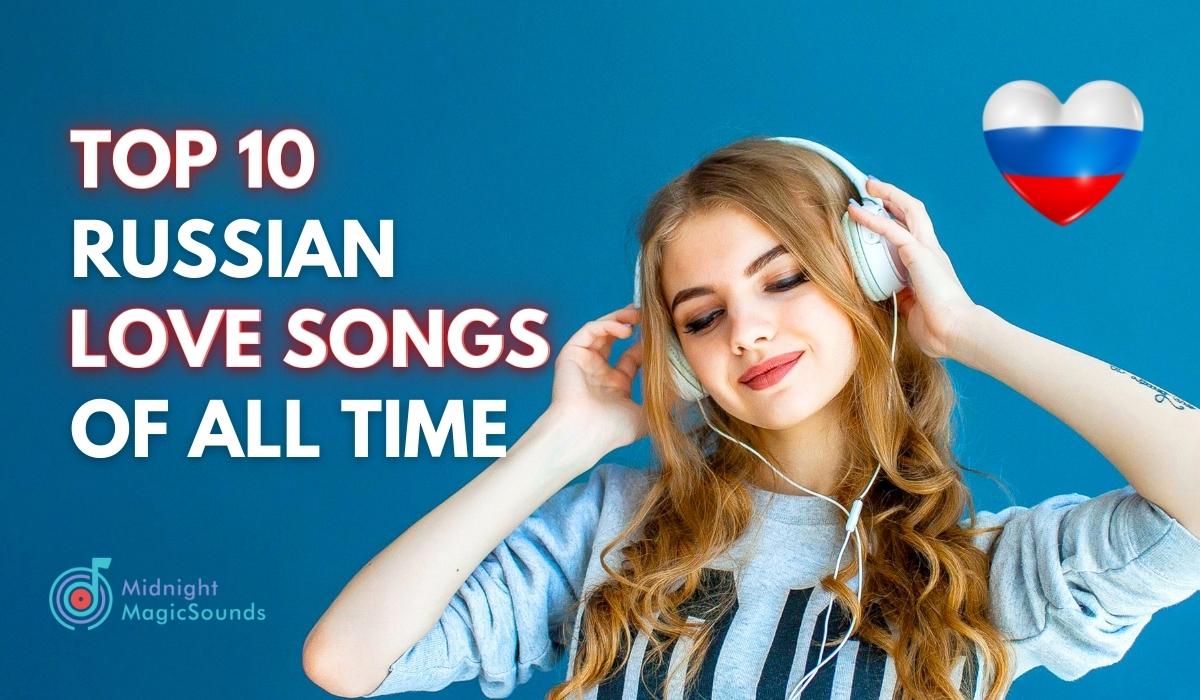 Russia gave us Tchaikovsky. As far as music goes, that’s a winning card right there. The dude used cannons in his compositions! I want to see any of these edgelord performers try to top that!

However, not all Russian music includes live ammo. There’s a rich history of amazing Russian love songs, some of them that have been covered by Western artists as well.

My first experience with Russian pop music was very similar to most of the others of my generation. We saw the girls from t.A.T.u throw their love for each other into the face of the ultraconservative establishment. Their song was not a love ballad of the century, but they differed from the then popular Russian version of Eurotrash.

It’s easy to get lost in the sea of electro-plastic songs and stuff with questionable proclamations of what a woman’s type should be. However, if you dive in deeper, you will find some of the most beautiful love songs ever written.

I’ll take you on a journey. We’ll listen to music from different decades and genres. Possibly, you will encounter a song or two you’ve heard before but did not know what it was. I hope you have some vodka lying around because you will need a drink soon.

The Top 10 Russian Love Songs of All Time

Songs that are supposed to remind men at war of their sweethearts back home are not unique to the countries west of the Berlin war. What is unique is that those songs are still a big part of the culture even today.

This song was commissioned by Stalin and it was supposed to paint an image of a young lady reading a letter from their lover. It was a part of an entire repertoire saying, “fight for your country, fight for your loved ones”.

Almost every other Slavic country has a version of this song. Even today, it’s regularly performed by both military and children’s choirs.

If we are talking about Russian love songs, we can’t do it without talking about Ochi Chernye. The song appeared in the 1880s and even today is one of the most beloved romances in Russia and many other countries. Frank Sinatra and Louis Armstrong even covered it early in their careers.

However, the song is not originally Russian. The melody is based on the German piece called Valse Hommage.

The Carnival Is Over

This song is about lovers parting after a celebration and it’s a bit of a cheat. The original composition is 100% Russian.

The original uses a poem by Dmitry Sadovnikov. It describes a not-so-healthy relationship between the chieftain Stepan Razin and a Persian princess he eventually drowned in the Volga river.

Then, in the 1960s, an Australian band called The Seekers revamped it and turned it into a proper romantic classic that will eventually be covered by other famous artists, including the one and only Nick Cave.

Tamnaya Noch (Dark Is the Night)

This seductive little number can join Katyusha as this interesting blend of military and love songs. Only, this one is a little more direct.

Mark Bernes originally performed it for Two Soldiers, a patriotic military film from 1943. The lyrics speak of soldier’s belief that he will survive anything because of his lover that waits for him at home.

The lyrics may not be to everyone’s taste, but the melody is superb.

When you imagine a crying person downing a shot of vodka than smashing the glass, this is one song that should be in the background.

This folk song tells us about lovers parting, and the world turning dark for our protagonist. There’s also a strong implication that the parting is permanent due to the end of a life. Listen at your own risk, and have tissues ready.

It’s quite common to enter a Russian pub and see people sitting at a table, singing. This song was specially made for such events. In fact, it was written so both Russians and foreigners can enjoy their time together while singing it.

It’s not a specifically a romantic song, but it’s still about emotions so overwhelming they leave the singer tongue tied at times.

Zemfira – Hocheshly? (Do You Want To?)

Now for something more modern. At first listen, not as packed with emotion as previous entries, but it’s still one of the most popular love songs of this century.

The song begins (I guess in Russian fashion) by asking the lover not to die. The singer is certain they will end up in Heaven, but they can’t say the same for themselves. To persuade their lover to live, they offer everything from delicious oranges to moving the Alps in front of their window.

This is one of those songs you have to leave for the end of the set. Everyone listening, suddenly sits down and thinks of the person they love.

The chorus line is literally repeating this simple request over and over: I want to be with you. The verses are filled with lovely metaphors about how it feels being without the one you love.

Have you ever wanted to tell someone that even though life sucks, it’s all still great since you love them? That’s the message of this song.

One may call it a pessimist’s love confession, but I like how it highlights that love can make anything more bearable.

You thought I was just going to mention t.A.T.u and not include them on the list? This is not one of the best Russian love songs because of the amazing composition, arrangement, or lyrics. It’s iconic because of its message.

We love all love, and I love music’s ability to challenge the norms and break taboos. Maybe another song deserves this spot, but I think this one is important enough to be here.

My list of best Russian love songs is in no way complete. I am certain there are many amazing gems I’ve overlooked or missed out on. And the ones I found, I couldn’t include. Otherwise, this simple article would’ve turned into a Tolstoy novel.

During my research, I’ve also encountered several fantastic rock bands, very interesting experimental music, and a bunch of other stuff that doesn’t fit the theme today.