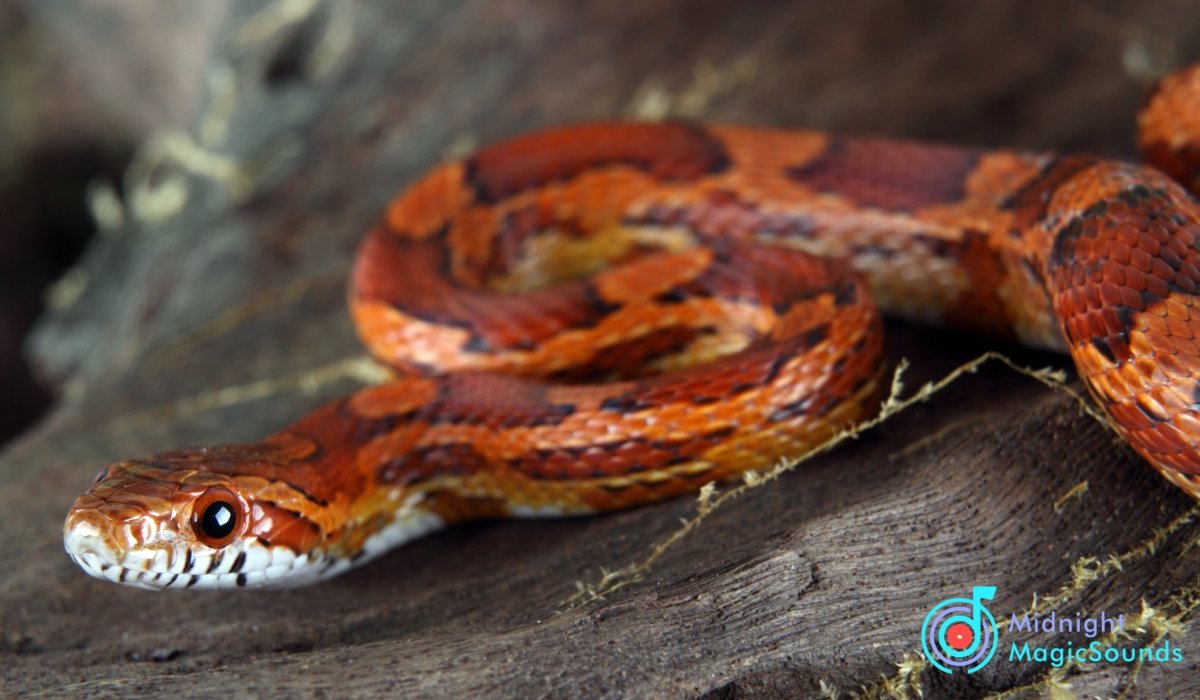 Snakes have been a popular theme in songs since the beginning of time, as they have fascinated humans for centuries. Most people write songs about snakes to highlight the mystery and danger of the slithery reptile.

When we hear the word snake, most of us experience fear. Though snakes are considered dangerous, composers use them for multiple reasons. Some can compose tracks to refer to people who are manipulators or liars as snakes, while others might use them to refer to wisdom.

With different interpretations of the slithery snake in music, there is an array of songs from different genres and generations. Let me take you through some of the best songs about this mysterious reptile that plays a vital role in the ecosystem.

21 Slithery Songs About Snakes To Add To Your Playlist

Some of the songs in this compilation are funny and informative, while some will get you scared.

The first song in the compilation is one of the most popular songs by Nicki, as it has gained over a billion views since its release. Anacondas and asses seem to go together, and that’s what this song is depicting.

The song’s popularity resulted from its explicit music video featuring strong sexual innuendo from the artist. The track has vocals of Sir Mix-A-Lot, whose song “Baby Got Back” inspired Anaconda.

This Ray Wylie Hubbard song is a witty one that mentions snakes in a love story about a couple on a snake farm (reptile house). The guy in the story is not a fan of snakes but endures them for his love.

It’s ironic that even in a compilation of songs about snakes, you still find a love story. The songwriter has a funny story of how he wrote the song, so it is a wholesome piece.

Snake Eyes has an interesting take on snakes. In this song “snake eyes” isn’t really about the animal, rather he’s talking about a pair of dice that both roll 1. The protagonist is a gambling addict that wishes he wins just 1 more game (by getting snake eyes) and then he’ll quit, but we all know gambling addicts don’t really work like that.

This upbeat tune by Paula Abdul is a cautionary tale about backstabbing lovers. The song is about the protagonist warning another woman of the deceiving nature of a guy that is a player at heart.

She warns her that he might look charming, but he is a cold-hearted snake. This piece is one of the best songs about snakes, as she uses the term as a metaphor for a heartless person.

Snake Eyes and Sissies is an alternative metal tune by the controversial Marilyn Manson, and being a Manson song, it is as weird as they come. It is dark and might not be everyone’s cup of tea, but most of the composer’s fans love the song, so I will leave the judging to you.

Crawling King Snake is a country blues song. Since this is blues, then the composer probably meant the lyrics meaning are sexual in nature. The “king snake” that he’s talking about is obviously a metaphor. I hope you enjoy this as much as I did, the guitar really left me impressed.

This track is a heavy tune that provokes different interpretations from fans of Sonic Youth. But the primary consensus is that it’s about letting your guard down and getting caught by lurking dangers.

The song uses snakes as a metaphor for those lurking dangers you don’t see coming.

8. The Snake And The Moon – Dead Can Dance

The next song on our list doesn’t have lyrics. While you can hear chants, they don’t really belong to any language and are just sounds that are sung from the thoughts and emotions that the feels as the protagonist sings. It gives me a feeling of ancient times when people would worship the snake and do many rituals related to it.

Recommended: 21 Great Songs About Being 20.

Earth, Wind, & Fire is an iconic funk fusion band known for songs precisely like this, playful and groovy. They take a different approach to the metaphoric use of a snake or, in this case, the serpent. According to the band, the Serpentine Fire is about the energy you get from your spine as you let loose.

It’s a yoga concept with a very complex meaning. It’s a different approach from the rest of the songs about snakes.

The composer uses the metaphor ‘snake charmer’ to mean women and how they have entangled men since the beginning. They start with the Adam and Eve story and how she used her feminine nature to lure Adam to the forbidden fruit. The great storytelling and edgy style of the band make this a must-listen.

This song by Lil Keed is a cautionary tale about underestimating our enemies. He uses the word snake to mean his enemies and how they can be canning and strike anytime.

He cleverly and empathetically creates a sense of fear of the snake with his witty imagery and metaphors, a tale of caution to be on your toes when dealing with clever enemies.

This mixture of dance-pop and electro-funk music by Duran Duran was their lead single for the album ‘Seven and the Ragged.’ The piece was a great success as they were ahead of their time for that era.

The snake in this tune is a metaphor for the evil side of us that consumes us and fills us with evil. We are always on the alert for external danger while forgetting sometimes the biggest enemy is ourselves.

Snake Bite is by the American rock star Alice Cooper; he delivers this chilling ballad with his signature rock and roll style. The track was released in 1991 and although it’s not one of Alice’s most popular songs, it definitely is one about snakes.

Jim Stafford sings about the mysterious nature of children playing with crawling creatures. He looks back at those days and realizes he didn’t find it creepy back then; he enjoyed it.

He remembered a memory of him trying to give a crush of his a frog, prompting her to say she doesn’t like ‘Spiders and Snakes.’

In this track, the composer warns people to stay away from him as he describes himself as being slippery, full of venom, and that he might bite. The protagonist has a negative outlook on himself and doesn’t want to harm anyone else.

The song might be interpreted as him having low self-esteem and trying to push others away. But I choose to see him at face value and would stay away from people like him. As we have seen, even snake charmers get bit.

Recommended: The 21 Best Songs About Tigers.

This tune is a testament to how music can help us deal with heavy things in our lives, and the singer chooses wisely. The snake in the song is a friend who backstabbed and screwed him over, leaving him hurt and furious. Darkness and hurt reign in this piece.

This compilation of songs about snakes is graced by one of the most talented artists of our generation. The piece is about the fast-paced life of being young and reckless and how we can get lost.

J. Cole talks about the various experiences he has had with women and while he liked it at first, he then mentions the story of a girl he went to college with. He regrets doing terrible things to her.

The cobra is one of the most deadly snakes ever. While the singer has revealed that “Golden Cobra” doesn’t really mean anything and that he only chose it to fit the style of music for the album, this is nonetheless an interesting song to listen to.

By now, we have noticed that most snake-themed songs go hand in hand with rock music. And this one is no different as it is an eerie piece by Genesis; as expected from a gothic rock song, the lyrics are ambiguous.

The general story is about the beginning of time, as the first part of the song is about how God is preparing the world for man. And the serpent comes along and ruins a perfect story, and the music reflects life. When things are good, the potential of evil is not far behind.

This upbeat tempo piece with great pounding drums accompanied by a heavy guitar riff is by the American heavy metal band Danzig. In this song, he’s accusing the Catholics and Baptists of having perverted the teachings of Christ.

This compilation’s last song about snakes will send chills through your body. The track’s hypnotic pace and mysterious nature are incredible, but I would not recommend it for late-night jamming if you are easily scared.

The song tackles the topic of whether something that is seemingly evil can have the capability for good. I will let you answer that for yourself.

While most of the songs about snakes in the compilation may not have a deeper meaning, the overall theme from most composers depicts stories of backstabbers and persons of questionable characters.

At the same time, some songs use the word snake as a metaphor to represent different meanings. Regardless of what the writer means when talking about the slithery reptile, the list provides a range of songs worth listening to.