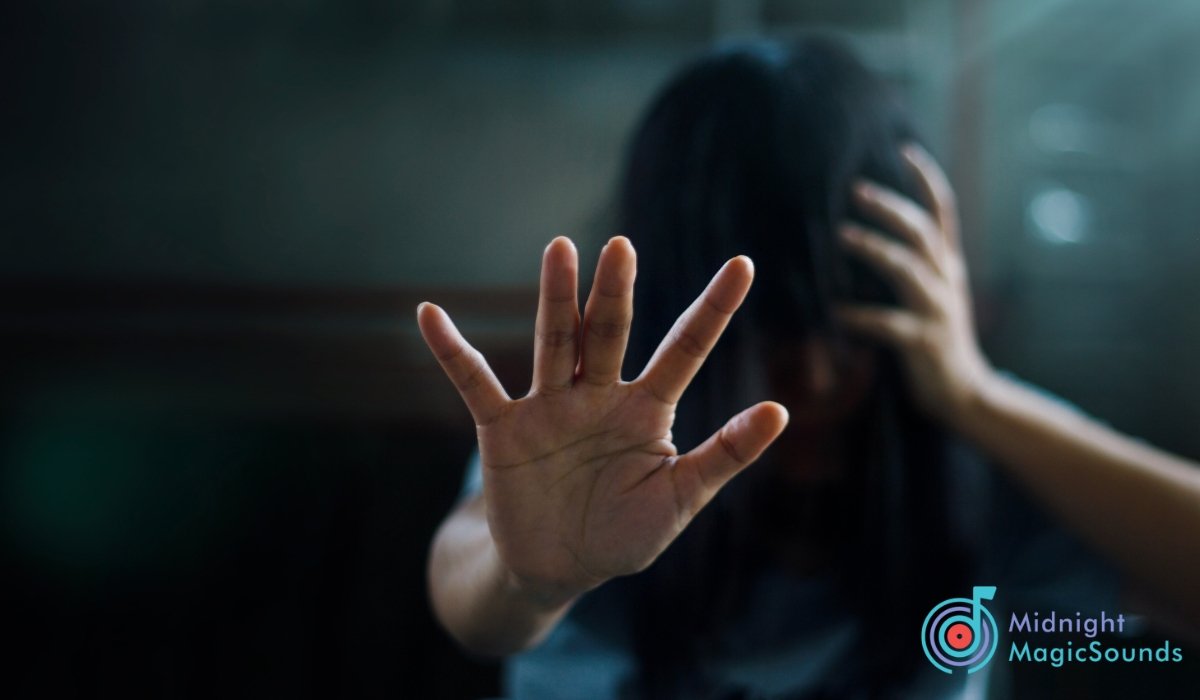 While it primarily affects soldiers and victims of assault, PTSD can affect anyone that has undergone a traumatic life event. Listening to songs about PTSD can help you heal, as music has proven to impact stress relief significantly.

Some of the tracks on this compilation can be upsetting as their lyrics and video can be graphic on the theme of assault and can trigger a listener if they are suffering from PTSD.

I found most of these songs on the playlist uplifting as most artists composed the songs from a personal perspective. This shows us as victims of trauma that we are not alone and can overcome our struggles.

Some of the lyrics of the songs can help describe the emotions you are going through and hopefully inspire you to overcome them.

Get inspired to heal from PTSD as you listen to some of the most popular songs about the issue.

The first song in this compilation is by G Herbo and Chance The Rapper, Juice WRLD & Lil Uzi Vert. This hip-hop track is a masterpiece as the composers reflect on their experiences with the disorder.

The song starts with a hook from Juice WRLD, who highlights that the major reason he gets the mental disorder is the gun violence that never ends when he turns on the news.

It has been over five years since the release of this track, and in my opinion, it is one of the most influential songs ever created. The song talks about themes of suicide which is often a thought that crosses the mind of victims suffering from depression.

Though the song starts on a sad note, its lyrics inspire those contemplating taking their lives. It can be the case with many people suffering from PTSD, as they’ll take their own life because of their suffering.

Free Woman is a song that talks about finding the path of self-assurance. Lady Gaga opens up on this track about being a survivor of sexual assault when she was younger by a music producer.

The song became a liberating anthem for victims suffering from the trauma of sexual assault as it talks about reclaiming one’s identity.

Trauma is one of the best songs about PTSD that is brutally honest. The song is accompanied by a sad orchestral instrumental to connect the listener to melancholic lyrics from the artist.

This is one of my favorite tracks on the list as it talks about how perception can be distorted when facing trauma or pain. This song speaks loudest from the perspective of people living with PTSD who feel no one understands what they are going through.

The path to overcoming trauma is not easy, but taking the initiative and self-assessment is critical to overcoming it all. In this track, James Arthur encourages people that suffer from trauma to heal.

The artist released the piece in 2013 on his debut album a year later after winning the X factor.

As a tribute to the armed forces, Joe Bachman wrote this piece to address the struggles of PTSD. The song’s inspiration came to the composer after a friend requested him to write a song to help soldiers suffering from trauma.

The lyrics perfectly describe the difficulty of reintegrating into civilian life by soldiers after the war.

The song’s video and lyrics clearly depict veterans’ struggles after serving their countries in war. The song shows that the aftermath of war is not pretty, especially for soldiers who have a more challenging time fitting into everyday lives.

This is one of the most powerful sad songs ever written that strengthens many trauma victims. As we all know, titanium is one of the strongest metals, and its use simply means finding the strength to overcome everything life throws at you.

The song draws inspiration from the urban dance and house genre, with Sia’s voice cementing it as one of the best songs of this generation.

Til It Happens To You is one of the best songs about PTSD by Lady Gaga. The song talks about the trauma of sexual assault. Though the music video is quite graphic on the acts of abuse, it delivers the message perfectly.

Lady Gaga shows that the song’s message and similar pieces are essential for listeners, especially the survivors of sexual assault.

Heavy is a song about a person’s struggles that I find inspiring and uplifting. Linkin Park created this track that centers on a pop-oriented sound, unlike their previous rock and metal songs.

Unfortunately, this sad song about depression was one of Chester Bennington’s last recorded pieces before taking his life. The song was a cry for help by the artist that has helped many people cope with trauma.

This track has been one of the reasons to stay strong and continue living. The song’s lyrics convinced me to learn to live past my PTSD and focus on the present day. The track was released over 15 years ago as a single on their second studio album.

The song has over 1.8 billion streams on YouTube and was later remixed and featured Jay Z, making one of the greatest collabs of the time.

In the sixth studio album of Lady Gaga, titled Chromatica, the artist incorporated several pieces about PTSD. Replay addresses Gaga’s past, specifically her issues with herself in the past.

The artist samples Diana Ross’s song “It’s My House” and combines it with house elements, making an excellent piece that complements her incredible vocals.

We can’t deny that this piece by Kesha came from a dark place in her life. She turned that trauma into a powerful story that keeps motivating and strengthening her listeners.

It was written about the legal battle that she was having with her producer Dr. Luke where she wasn’t allowed to release new music. The song has gained over 135 million views on YouTube, and the artist’s voice has the power and build-up to connect us to her lyrics.

Citizen soldier is known for its songs that carry heavy messages, and this does not disappoint as its lyrics talk about trauma. The lyric “What doesn’t kill you is what builds your throne” is one of the most inspirational words I have ever heard from a song.

This song is quite catchy and easy to sing along to, and I would describe it as the perfect painkiller for trauma.

Brave is an uplifting, upbeat track that carries a message of finding the courage to talk. We lose a lot of victims of PTSD to suicide because they bottle up their feelings, which ends up consuming them.

This is the perfect track for people struggling with PTSD to take the initiative and seek help. The song’s message can also give courage to victims of assault to report their abusers to law enforcement and stand up for themselves.

The lyrics on this piece can trigger you if you are suffering from PTSD after serving in the military. Zombies is one of the most popular anti war songs ever created, as it has over 1.2 billion streams on YouTube so far.

The band composed this song after the IRA bombed and killed multiple people in England. The video was shot in Belfast after a ceasefire to highlight the horrible aftermath of war.

17. I Will Survive – Gloria Gaynor

Unlike other songs about PTSD, this track was initially intended to be a female empowerment anthem. Even though it’s been many years after its release, it still carries a great message of overcoming tribulations.

The song was released in 1978, and over the years, it has been covered by multiple popular artists showing appreciation for the classic track. As a PTSD survivor, this piece has assisted me in moving forward past my trauma.

Keep Breathing is one of the most relevant songs for people suffering from trauma. The lyrics assist and comfort during trying times, especially when you have a triggering episode of PTSD.

I discovered the song during one of the worst trigger episodes and will never forget the feeling of peace after being overwhelmed by anxiety.

So many people struggle with PTSD and find it challenging to explain their feelings. Some of them end up hating themselves for what they are going through.

NF narrates this situation from a victim’s perspective, pointing out the thoughts surrounding him in that situation. His rapping ability is equally great as his singing ability.

The lyrics capture the sentiments of the artist perfectly. The song shows the composer torn by the feeling of trauma and his need to be better.

Every rap bar by the artist shows the plight and suffering he is going through. He finally admits that he needs help to overcome his trauma.

The last song in this compilation is a religious piece by Carrie Underwood. The country song singer tells the story of a traumatic event of a near accident that connected the victim to her religious roots.

While not everyone follows similar religious beliefs, I found this song helpful to those suffering from trauma. The song’s lyrics encourage the act of letting go of your troubles and letting a higher power take control.

This compilation of songs about PTSD helped alleviate my pain and frustration after my trauma. These relatable tracks helped remind me that I am not alone during my struggles and seek professional help to improve.

I hope the songs set you on a path to recovery and encourage you as you are stronger than you think. May you find the peace you need in your life by listening to this compilation that has songs that cut across multiple genres.