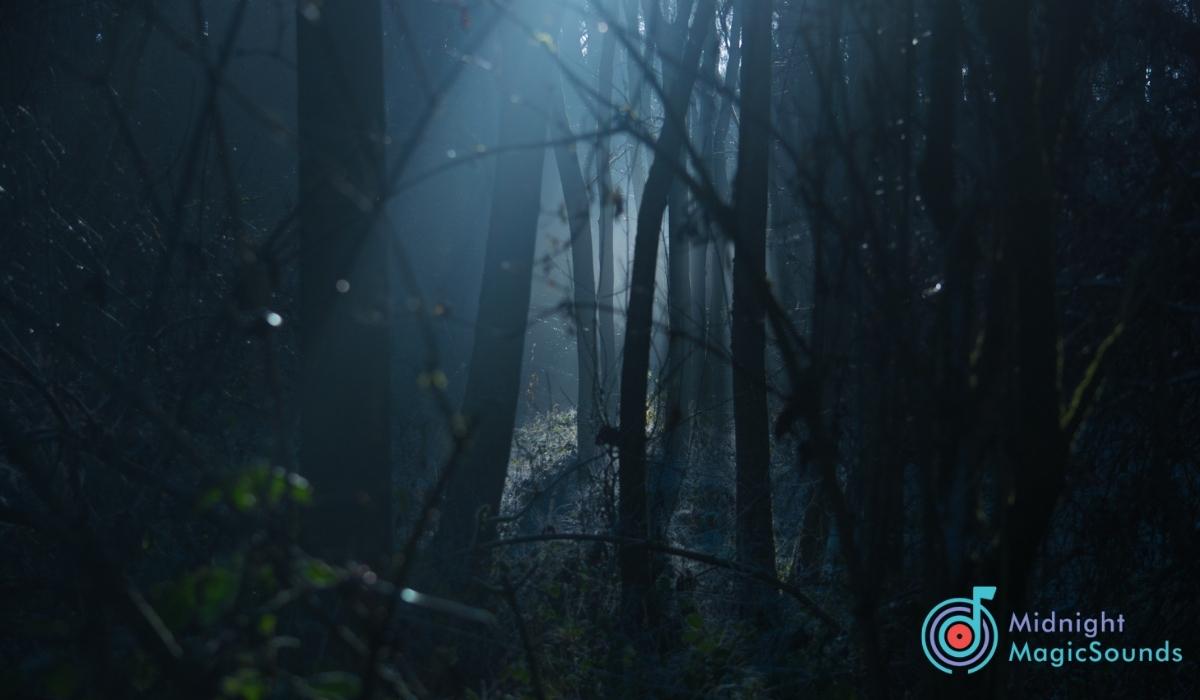 Songs about darkness have become popular across different genres. Most of these artists bring various aspects that portray the mystery within darkness. Darkness can convey a broad spectrum of elements, such as exploring the grim realities of the human psyche.

Although darkness relates to the absence of light, I found most of these pieces showcase emotions associated with the multifaceted aspects of evil. A sense of hopelessness has driven some of our favorite artists to relay the brutal honesty of what most of us experience through music.

While lights symbolize goodness, most of these songs’ lyrics have some aspects of light. The light represents the little hope we possess, however difficult a situation we are passing.

Other artists sing to praise the darkness as, in different views, it can symbolize beauty and solitude, which can be what some of us seek.

The following compilation of songs consists of popular pieces that talk about darkness.

1. The Sound of Silence – Disturbed

Originally composed by Simon & Garfunkel, Sound Of Silence was popularized in this modern era by Disturbed by recording their rendition of the song.

The song is about our inability to emotionally communicate effectively with those around us. I think most of us have noticed this harmful trend that is becoming more common lately.

In this song, Eminem talks about the struggles and pain that people suffering from depression go through. He says the world is full of darkness and emptiness that prevents him from truly seeing the world.

Part of his inspiration was the 2017 Las Vegas shooting, as Eminem is known to have reacted to the tragedy on social media and in the song mentions the similarities that he has with Stephen Paddock, the shooter.

Though initially composed to be more upbeat, the song ended up having a sinister feeling because of the dark music. The song was released in The Red Album (2008).

Listening to the music, I found it is a declaration of love by the artist to someone he loves and offers to care for and protect in this cold dark world.

Johnny Cash is one of the few artists that will crash into an original song, make a cover, and become better than the original version. This song was originally released by Bonnie “Prince” Billy in 1999.

The music expresses the pain most of us feel in our darkest hours when we are depressed. The protagonist seeks help from his friend in this rough moment.

This is one of the few songs about the darkness that immediately fell in love with immediately after its release. It is about a relationship where the lines are blurred.

I’m not sure whether they are lovers, but they’re definitely not friends. They talk about embracing their dark side and leaving the light behind.

6. Coming Out of The Dark – Gloria Estefan

Released in 1991, Coming Out Of The Dark was inspired by a real-life accident. The Estefans’ tour bus was hit by a semi-truck and crashed into a tractor-trailer.

Gloria was the one who suffered the most, as she had a broken vertebra. Her husband’s words inspired her to choose this title for the song.

Darkness, Darkness is a song that describes the horror a soldier would feel when trying to sleep during the Vietnam war.

Jesse Colin Young, the band’s lead artist wrote the song when thinking about friends he had in Vietnam and their experiences.

We listen to some artists and figure that they may be equally artistic and troubled. Listening to Syd Barret gives us a glimpse of what is going on in his mind.

Despite being a founding member of Pink Floyd, Syd moved away from music due to his mental illness. In this song, he’s shown to be aware of his psychological state.

Recommended: 21 Best Songs About Not Wanting To Fall In Love.

9. Darkness in Me – Fight The Fade

When you feel a little overwhelmed and lack the right words to express yourself, perhaps music can talk on your behalf.

Darkness in Me is the perfect song that describes the struggles we face when we feel lost and helpless.

Next on our list is a simple tune that will make you sing along for sure. While not necessarily about spooky topics, Fishing In The Dark is more about spending time with the love of your life.

Spending the night fishing in the dark could also hint at having a sensual time with your partner.

John Legend is a man who can dominate any genre and make a musical piece of any era and make it sound great. In this piece, he collaborated with Brittany Howard and made a great 70s-sounding track.

John Legend has said that this song and the album in general represent the desire to find light, optimism, love, and joy in the mids of the darkness of life that surrounds us. This song will for sure make you want to slow dance.

Bad Religion is an American punk rock band that makes songs about religion, politics, society, etc. This song sounds like a warning for a new “Dark Age” that is coming.

The Dark Ages was a period in history characterized by economic, intellectual, and cultural decline.

Not all popular songs about darkness are about repelling it. Perhaps embracing it can be a good thing and strengthen us to emerge courageous.

14. Deep in the Dark – Laura Branigan

So many bangers came out of the eighties and listening to the music of that era always brings back memories.

Here she’s singing about a girl that was deceived by her boyfriend and now carries the trauma and does the same things her ex did.

The guitar riffs in this song are quite captivating and interesting to listen to. I fell in love with the song from the guitar only.

This tune tells the story of a man being dumped by his girlfriend and the darkness that he felt after.

While the song nears its fourth decade in existence, it still touches my soul as if it was released yesterday. The track is Dio’s second most famous song.

This song about darkness talks about feeling isolated and trapped, not able to release your fullest potential, just like a rainbow in the dark.

Compared to the other songs about darkness, “Light in the Dark” is a romantic electro piece from Albert Vishi. The song is about a woman confessing her love interest to someone and hoping he won’t leave her for someone else.

She promises to become his source of light in the midst of darkness. The song has an entertaining slow beat tempo that can help you relax and enjoy while listening to it.

18. Conversations in The Dark – John Legend

Imagine some love that is so great that your partner writes songs expressing every emotion and event in your life. It seems that John Legend found his better half and has been his Muse for writing dome of the best musical pieces ever.

The composer had the best idea for shooting the video as there is a compilation of different couples showing affection towards each other.

This song about darkness was inspired by the popular vampire franchise, Twilight. The music video for “Morning After Dark” shows a woman’s encounter with a vampire.

This piece is an exceptional and beautiful song about love. The dark theme here is that Lana Del Rey wrote the song about her boyfriend that died a couple of years prior.

She’s declaring her undying love to this lover, putting him on a pedestal. However, she’s scared that he won’t be waiting for her on the other side.

The last song on our list is a banger blues-rock song by the American band War. This piece is one of the most iconic pieces of the era as it contained flavor, essence, and groove.

The song, as the title suggests, talks about a person trying not to slip into the darkness. It’s about that thin wall between sanity and insanity that we can easily break.

The above songs about darkness cover a wide range of songs from genres such as pop, country, rock songs, and many more. It is evident that various artists across multiple genres need to express a feeling of negativity, fear, lowliness, or evil.

Some of these expressions can have a deeper meaning than what we hear and dance to. It is upon you to listen and grab the message relevant to what you are going through.