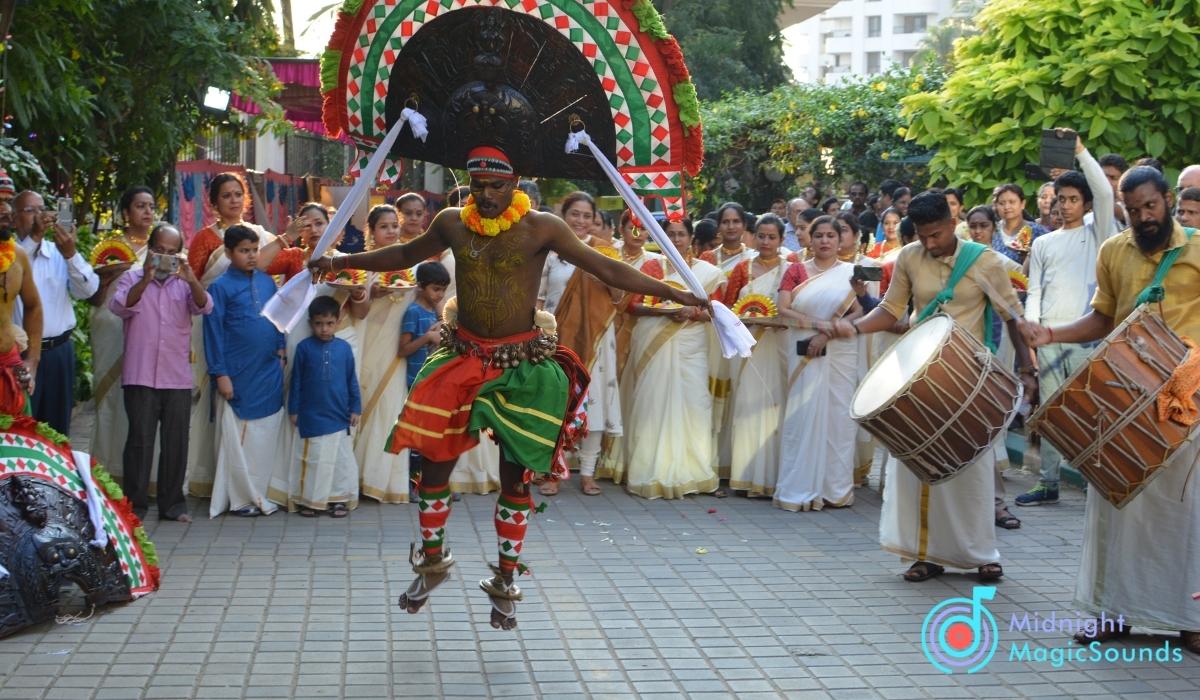 Since cinema plays a significant role in Indian culture, many films are written to showcase their values and way of life. I find funny Indian songs from these films to be one of the fascinating parts of creating the movies, as the writers are responsible for creating a song that is relevant to the story but also witty and contains humor.

As a fan of Classic Indian films, I find multiple funny songs worth sharing with you. The songs in these movies cover a wide range of topics and continue to remain funny and will make you dance along to their tunes.

21 Funny Indian Songs to Dance To

The following list of songs covers many generations of singers who composed original pieces or funny parodies of popular songs.

As I said earlier, I’m a huge fan of classical Indian comedy films, and most of the musical numbers are quite entertaining. This song tells the story of 4 village men who relocated to the city to seek better fortunes.

They are denied accommodation as rooms are only rented to couples. They devise a plan for 2 of them to pretend to be women and pose as the wives of the other two.

There are many songs about friendship and brotherhood that have been composed by various artists; I believe no Indian song in the category beats this piece from the cinematic duo.

It’s a song that will forever stand out as it reminds us of the people in our circles that have assisted us through our darkest. The music video is quite humorous as it shows an adventure of the friends.

This is one of Bollywood’s most popular songs from the golden era of film. The song has nursery school rhymes that will get you on your feet to dance along to it.

Meena Shouri performed the song in the film, but I’m saddened that such a wonderfully talented artist spent her last years in poverty.

Out of the multiple funny Indian songs I have listened to, this is the only piece with an interesting fact behind it.

The choreographer was not there during the shooting, and Kishore Kumar decided to wing some dance moves and the rest of the actors followed him.

Listening to the words “All is well” always gives me some power, comfort, and strength. Whenever I need some motivation this is my go-to song.

This great track shows the story of three college best friends, their personal and academic struggles while at school, and how they unwind from it all by having a little fun.

The song will always be remembered for the cast’s funny and witty dialogues. While most comedy fans were unhappy when the director put action stars in a comedy movie, however, Priyadarshan made this film and its musical scores become what it is today.

The actors were taught how to perform comedy effectively without slipping into buffoonery.

After Trump’s accession to power, there were rapid changes in America’s governance. Some extreme changes seemed racially motivated by the new president’s administration.

The East India Comedy group took this opportunity to write a fun song about the politics in America. Though the songs were created in India, the Indian American audience contributed to its success as it became viral in their social circles.

This other song by Johnny Walker shows that it is no coincidence that songs have elements of clownishness. In this song, he is teamed up with an actress, and the song’s theme is about Johnny trying to coax the girl to admit that she loves him.

While this piece isn’t among your traditional funny Indian songs, it is funny in its way. Though the song was released in the early 1950s, I still enjoy it. The song always gets me on my feet to try and replicate the tender dance steps of Bhagwan Dada.

Though the film was about friendship and brotherhood, a classic Bollywood film does not lack a few instances of romance.

The film writers took a different approach when writing the romantic scenes of the main character. It showed a geek’s awkwardness and the drive of a woman who knows what she wants.

Many ordinary people have taken the initiative to use the internet to seek fame. They go far and beyond to perform several acts using social media platforms such as YouTube and TikTok to create original acts or creative renditions of popular artists’ works.

Nobody does it better than Sandara, as he is a naturally funny person. His videos have gone on to gain millions of views and are still rising.

While the film that introduced us to this song was quite serious, I found this scene refreshing from all the seriousness.

The performance by the child made my day and always fills my heart with joy when I remember his confidence and dancing moves.

When searching for funny Indian songs, I found this satirical piece worthwhile to share with you because of the artists’ ability to keep up with political events and make comedy out of it.

This song is a dedication to India’s prime minister, Modi. When performing the song for the first time, the comedy group received a standing ovation from the crowd.

This is one of my favorite old timepieces from Kishore Kumar. This and many other pieces contributed to the artist’s growth and fame.

The instrumental of the song has a perfect med-tempo that creates the appropriate music setting. The song was released in 1958, and the lyrics were composed by Majrooh Sultanpuri. Enjoy the video and make sure to watch the movie, Chalti Ka Naam Gaadi.

After getting inspiration from Michael Jackson, Indian movie directors made their own version of Thriller.

The funny song takes us through the desires of a vampire on a hunt and seeking to feed. The song’s lyrics are quite random and out of context, as they do not show the true concept of the song.

One of the many interesting facts about the song is it was recorded in one take. It is quite interesting as it is one of the few funny Indian songs where one singer did two different voices. Kishore Kumar was truly a talented singer.

Over a decade ago, Amir Khan’s Popularity was over the moon. Sadly, his popularity has been diminishing, and we can only be nostalgic for the pieces of art he created a while ago.

Bum Bum Bole has over 700 million streams, and the numbers keep rising steadily. It’s part of a movie about a student and his teacher and has many funny scenes.

I’m always grateful for the composition of this song. We were very fortunate that an ensemble of comedy stars teamed up to work on this project that will not make your child dance along to the song’s rhythm but also learn from the lyrics.

Listening to the song and watching the video gives us a new way of popularizing the Alphabet, which is an important part of learning literature, especially for kids. The only downside is that it’s in Indian.

Mr. India is a fun song to sing along to, and it’s quite entertaining to see child actors perform exceptionally and execute complex dance routines. The song is a parody that was popular, winning the hearts of its audience.

To end, our compilation is a popular parody of Old Town Road. So far, I have never seen a song that is equally clingy and funny at the same time compared to this piece.

The artists mock their culture using some of the funniest punchlines ever. The song has over 800 thousand views so far, showing positive reception from the viewers.

Funny Indian songs have been composed for quite a while, but unlike in the past, now there aren’t that many original works. I found the new crop of artists to embrace parodies and create renditions of popular trending songs to grow their fan base.

Despite all that, they all are entertaining pieces that not only crack us up but a majority of them get us up on our feet to dance along to them. I hope you enjoyed the song, and you may incorporate a few on your playlist, as laughter is the best medicine.