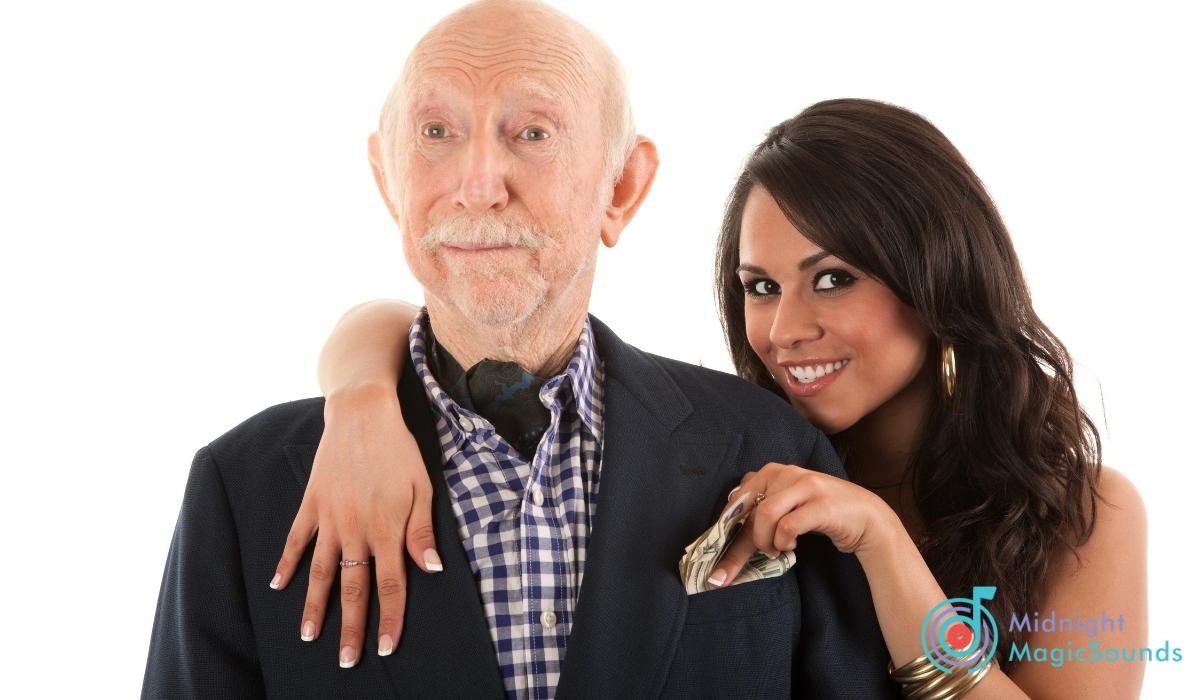 We can’t deny that the world has some manipulative individuals who will take advantage of their partner’s wealth. Some of the artists that experienced this kind of treatment from whom they love went ahead to write some of the best gold digger songs to tell their stories.

I found most of these songs educational to everyone, as they warn you of certain individuals. Some of these songs tell true story experiences of the artists, while other stories are fictional.

Some of these songs paint the gold diggers in a positive light as they advocate for women to seek successful men. All of these songs in the category offer a fresh perspective on this controversial subject.

21 Most Famous Songs About Gold Diggers

The compilation below covers different genres and eras of gold-digging issues.

When we talk about songs about gold diggers, no piece has been more influential than Destiny’s Child Bills Bills Bills. The song became an anthem and contributed to the popularity of the all-star women’s group by rising through the charts in the early 2000s.

This is because the song is quite catchy with an upbeat instrumental. This is one of the few pop classics that inspires and empowers women. The lyrics are pretty interesting, as the gold digger is the male in the relationship.

The song explores multiple themes of gold-digging. The collaboration between Ludacris, Bobby V, and Lil’ Fate looks at women who are only after a man’s fortunes.

The song’s lyrics describe how some ladies will use their feminine looks and charms to manipulate men. They do so to get money and gain social status at the expense of men.

In 2005 Kanye West and Jamie Foxx collaborated to make one of the most popular songs about gold diggers.

The duo went on to top the U.S. Billboard charts for 10 weeks straight, won Best Rap Solo Performance, and got a nomination for Record of the Year. The lyrical composition of the song and the rhythm made it easy for fans to sing along to it.

No Scrubs by TLC is one of the most popular songs of early 2000, as it won 2 Grammy awards.

It is one of the few songs encouraging gold digging as it advises women to only seek men who can care for their material needs. Personally, I believe men should avoid such women as love shouldn’t cost a dime.

Madonna created this sassy anthem about using every means to acquire wealth and status in society. Though the song shows how some women in society can be obsessed with getting wealth, the lyrics advise young men to look for the right woman.

This piece by T.I. remains one of the best gold-digging songs in the rap category ever composed. The piece went ahead to break several records due to its amazing lyrics and video.

At the same time, some listeners might view the rap artist as a hopeless romantic that will give anything to his woman. Analyzing the lyrics, you will see that he is willing to provide material things to retain the woman’s love.

This is one of the few songs I love, as it’s composed by hardcore rap artists who tried to be as dirty as possible without using curse words.

Some NWA words claim that wiser words have never been sung before, and men should listen to the piece at least once a month. The song is a narration by Ice cube speaking out on the detriment of gold digging funnily.

Gold digger by EPMD is a classic tie of manipulation from personal experiences. The rapper composed this song to express his frustrations from what he experienced in his marriage.

It is a warning song to men in the 90s. The song summarizes what most people face when in a relationship where one partner is only interested in selfish gains.

We all have heard cautionary tales on the dangers of gold diggers and lifestyle by Jason Derulo focusing on this topic.

Jason’s lyrics are a warning to men that women who are gold diggers are only interested in their wealth and will not see them as who they are. He talks from a personal experience and avoids other victims from walking in his shoes.

10. One of Those Girls – Avril Lavigne

Few women sing songs about gold diggers to advise women not to prey on a man’s wealth. Avril Lavigne is against gold digging and wants women to only focus on a relationship with the right person.

Avril takes a step further to advise men that gold-digging women are nothing but trouble and should be tolerated as they will spend all their wealth and leave them broke.

The “Sponsor” has a great upbeat instrumental, which is very entertaining. In the song, Teairra Mari takes a shot at women who get in a relationship only to use their partner as their “sponsor”.

Teairra Mari opens the song by talking about how she is independent and only seeking someone to love her so she can buy her things.

All about Money is one of the few songs that are honest about what the world is becoming. It shows how people will use any means to get wealthy.

The lyrics say that you may think a woman cares for you, but it may only be about your money. The song has incredible upbeat guitar beats that make the song quite interesting.

In this song, the American rock band exposes what is now a very common phenomenon, girls getting into relationships not because they love their partners, but rather because they want the money.

Not only was Marilyn Monroe a beautiful actress, but she could also sing. This piece emphasizes and tells women to seek both love and material things from men. The song advises women to go after diamonds as they never age nor get cold over time, as some men become.

While not many people were familiar with Jason French, he created one of the most popular gold-digging songs. The song’s title gives a classic phrase of a person who has undergone gold-digging trauma.

He passionately sings about how he met someone only interested in his money. His lyrics want the audience to understand the need to be in a genuine relationship.

Whenever Ne-Yo and 50 Cent collaborate to create music, it is some of the best musical works from the artist’s collaborative efforts. This piece becomes one of the popular fan-favorite gold digger songs because it speaks about the truths of what happens in society.

I found this song more educational, especially to those who have vast wealth and that there are women who will use them. It mentions an example of women that bear children to get child support.

No song has been more descriptive of a gold digger’s intention than this song by ABBA. The song is sung from the perspective of a woman struggling to reach financial success on her own. Because she is failing, she dreams of marrying a rich husband so that she won’t have to work at all.

To start the list, what better song than money by Cardi? The artist has been known as an advocate of hustling and earning income through whatever means.

The Beatles are known for their popular songs and catchy tunes that are simple to sing along to. Can’t Buy me love by the group is no different from their type of music as it contains the smooth sounds we are used to.

The song talks about women who seek material wealth to gain favor from men. It depicts that there is value in true love over money and fame.

20. MoneyGrabber – Fitz and The Tantrums

The next song on our list is by the American band Fitz and The Tantrums. It tells the story of a man who has had enough with his gold-digger partner, and now he doesn’t want her in his life anymore.

It appears that he has suffered quite a lot when we read the verses “Don’t come back anytime, you’ve already robbed me blind / This is your pay back, money grabber”.

And the last song on our list about gold diggers is by the English new-wave band, The Flying Lizards. This song from the 70s describes the desperate need of a girl for her partner’s money, and how she doesn’t really care about love but cares more about paying her bills.

Different artists have composed songs about gold diggers to express their frustrations about losing money after being manipulated that there was love by their partners.

Gold digging has been around for a while and has affected both genders. Despite the manipulation, these composers have taken it upon themselves to teach others the signs, so they don’t fall victim.