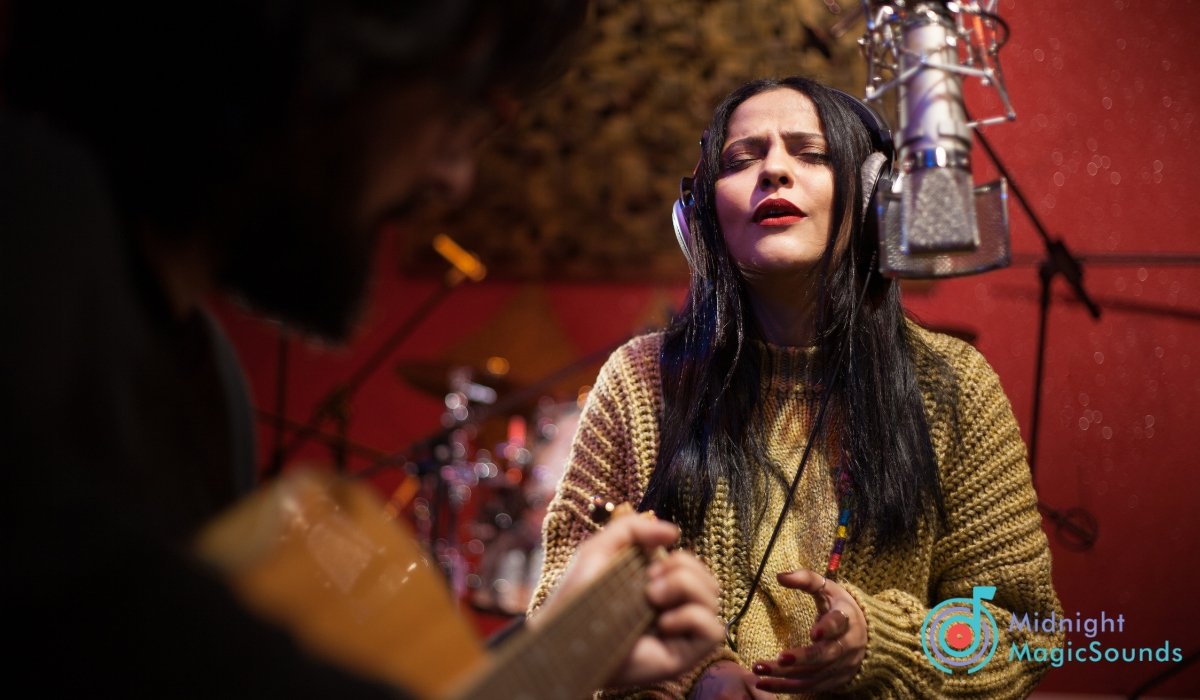 Food, love, and music are among the things in life that don’t have language or regional barriers. This proves true when it comes to the famous Italian songs that most of us know.

We might not understand the language, but good music is good music, no matter the language used. We can all appreciate beautiful songs and relate to what the singers are saying.

And when you want to know more, you can google the lyrics to see the translation, which brings a whole other side to the music. You might want to diversify your playlist or learn about the different kinds of music.

Well, Italian songs should definitely be on your list. And don’t worry about where to start or which songs to add to your playlist; I am here for that. I will share with you the best and most enjoyable Italian songs of all time that are sure to have you dancing to their beat.

The Most Famous Italian Songs of All Time

Below is a compilation of some of the best and most famous Italian songs you are bound to enjoy.

The song that immediately comes to mind when thinking of famous Italian songs is “O Sole Mio.” This is a song that has made all the charts and had the English version sung by Elvis Presley.

The famous Luciano Pavarotti and Andrea Bocelli also lent their vocals to this song, on top of the composer Eduardo Di Capua. “O Sole Mio” is a song that will pull at your heartstrings, immersing you in a beautiful world of sunny days, fresh air, and the calm after a storm.

This is a song more suited for the younger generation. It was made popular by the movie “The American” by Anton Corbijn. La Bambola plays in the background in one of the best scenes from the movie, adding mystery, intrigue, and feeling.

Listening to Patty Bravo on its own is a work of art and a dedication to powerful and determined women worldwide.

Quando Quando Quando is another song that almost everyone worldwide knows. It has numerous remakes, with more sure to be made. It is a catchy tune that suits a relaxed vibe, but you can still get up and bust a move to it, like Renis himself did.

I love Tony Renis’ original version over the rest.

Love, relationships, sex. All these are things that require mutual effort from the parties involved. In this piece, eroticism is brought to the surface, with the singer talking about the beauty of lovemaking.

The song was a success, gaining popularity in Germany and France, making Raffaella Carra one of the most popular Italian singers in 1976. It also has a dance remix by the French DJ Bob Sinclair.

You know you have one of the most famous Italian songs if your audience still wants you to play the song in concerts after 40 years. The Rich and the Poor, known as Ricchi e Poveri, came up with this catchy tune.

The chorus is something you might find singing to yourself because it is simple but very catchy. Mamma Maria is one of those songs that will last for centuries.

I could honestly make the whole list using Richi e Poveri’s music; it is just that good. The group not only has beautiful vocals that meld into each other to create a beautiful harmony but also strikes feelings in you.

This piece talks of the beauty of love and how just one song is enough. You need to listen to it to appreciate just how touching it is while still maintaining a groovy beat.

No list of famous Italian songs is complete without the captivating and mesmerizing Andrea Bocelli. His beautiful voice has been a staple in my life, and you only have to listen to one of his songs to know why.

“Con te Partiro” which translates to “With you I will leave,” is one of the artist’s most loved songs that talks about love. Be ready to shed a few tears when listening to this song, as it will bring your emotions to the surface.

We all need happiness in our lives, and Al Bano and Romina Power are here to remind us of that with “Felicita.” The song talks of the various ways we can derive happiness, from holding hands to singing together.

This piece is one of the best songs you will ever listen to, reminding us to reach for our happiness, even in the smallest things.

Recently made famous by the series Money Heist, “Ti Amo” by Umberto Tozzi is a beautiful song that I can’t help but sing along to. It shows the undercurrents of romance, doing all you can for the person you love, and things not working out in the end.

If you have ever been in a failed relationship, this song puts to words those feelings you went through. You can get a good cry to release those pent-up feelings by listening to this piece.

L’Italiano might feel like a patriotic song, but that doesn’t stop me from singing it out loud whenever I listen to it despite my not being an Italian.

This song paints a picture of what Italy is like, the everyday life of the people, and how Toto is proud to be Italian. Saying it is a brilliant piece would be an understatement. It is beautiful and immersive, and captivating.

“Caruso” was a nod to Italian tenor Enrico Caruso and his love for the girl he gave music lessons. Lucio wrote this song after learning that he was in the same hotel room that Caruso occupied before he passed away.

The song became an unofficial anthem for the south of Italy.

Laura Pausini’s “Loneliness” is a tune that most of us can relate to, which is what puts it on the list of famous Italian songs. La Solitudine became famous in multiple countries because of its touching lyrics.

It can be the comfort you need whenever you feel lonely. It is also a reminder to hold those we love close because the pain of losing them and the loneliness that follows can be overwhelming.

Andrea makes another appearance on the list with the song “I Live for Her.” His collaboration with Heather Hedley on the same song is one of the most beautiful pieces ever written.

In the song, “Lei” can refer to whoever or whatever you want. Andrea sings it to represent his love for music; others interpret it as the love of a woman. Whatever meaning you assign to it, the song will still be amazing.

Some of the most beautiful music comes from the lowest points of someone’s life. Zucchero wrote “Without a Woman” while fighting to save his marriage. He wrote the song while in the depths of despair, but eventually, he recovers.

His collaboration with Paul Young has sold over 5 million copies worldwide, and it is all well deserved.

We all yearn for freedom of speech, expression, love, and happiness. However, we sometimes question the freedom we have once we get it, and Vasco Rossi brings this question up.

He says we are free, but what are we free from? You might lose yourself and desire to live in that quest for freedom. These are deep questions we ask ourselves, helping us put into perspective what is important and what is not, which is why this song is on the list of famous Italian songs.

This is one of the most successful songs when it comes to the number of translations, covers, and performances it inspires. “Parole Parole” by Mina and Alberto Lupo talks about a problematic relationship.

She talks about the lies she has to hear every day and calls Alberto’s compliments “empty words”. The song has various versions in French, German, English, Chinese, Portuguese, Spanish, Dutch, and numerous other languages. It is just that good.

This genre is not what pops to mind when thinking of Italian songs, but it has earned its space on this list. The song was created for a horror film by the progressive rock band Goblin.

The song might not have any words, but that doesn’t make it any less deserving. The musical instruments create the perfect buildup and symphony, making it one of the best horror movie soundtracks. It’s no surprise it was on the 100 best Italian records on Rolling Stone.

This is yet another song that pushes the line of typical Italian music. “Azzurro” was a song that was ahead of its time, but it became a success nevertheless. Adriano Celentano’s song topped the charts worldwide.

A fitting song for this World Cup period, this piece was performed during the 1990 FIFA World Cup opening ceremony. Billions of people listened to the musicians sing about the beauty and madness of football, something any football fan like myself would relate to.

There are songs that make it on almost every famous Italian song list, and L’Aurora is one of them. Eros Ramazzotti was a notorious sex symbol in his heydays and a womanizer. So many of his songs could have made the list, but L’Aurora beats them all.

Eros dedicates this song to his daughter, Aurora, who turned his life around. “L’Aurora” paints Eros in a different picture, and it is a touching dedication to those you love.

There is much to say and listen to when it comes to Luciano Pavarotti, and “Nessun Dorma” is the best way to express this. I know I have called so many songs here beautiful, and they deserve it, but this song takes the cake.

Luciano’s incredible vocals make this piece sound like an awakening. It is the perfect song to wrap up our list of famous Italian songs and will continue to live on even after we are gone.

Picking the most famous Italian songs is no easy task, but here are 21 that represent the country and the musicians well.

These songs will touch your heart, bring you to tears, and bring up feelings you didn’t know you had, and you will still want more. Give them a listen and let yourself explore some of the best music the world has to offer.