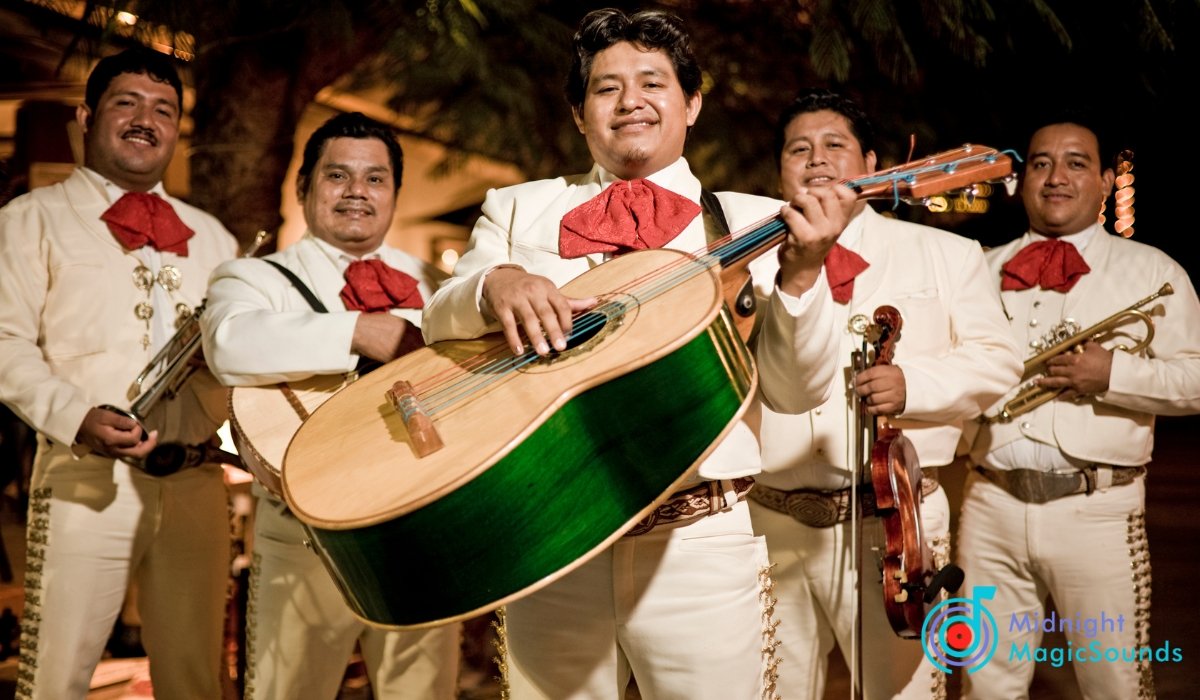 Every culture has its way of celebrating the day you were born; for most of them, music is a big part of that special day. If you want to make your birthday stand out with some of the top Spanish birthday songs ever composed, then you are in the right place.

I created this compilation of songs from different Spanish-speaking countries and genres that will certainly entertain you.

The songs on this playlist vary from the more traditional birthday songs such as Las Mananitas to party anthems like Vivir mi Vida which celebrate the essence of living and enjoying life to the fullest.

The songs I compiled for your special day feature some of the most popular hits globally that fit any partying theme.

Songs about celebration and life are a big part of Spanish culture; I found these tracks worthwhile to share with you.

The first song on this playlist is a popular traditional Mexican birthday song. It’s usually sung early in the morning to awaken the birthday person and also before eating the birthday cake.

Alfonso Esparza Oteo is thought to have composed this phenomenal piece. Though there are multiple renditions of the piece by various artists and mariachi bands, this version by Vicente Fernández stood out as a song I would love to hear on my special day.

Unlike most songs in this playlist, this track has a slower tempo and a more intimate feel than the rest. The birthday song lyrics wish the person being celebrated to have many more birthdays and have peace reign in their life.

The compilation of birthday songs for your special day will only be complete with Vivir Mi Vida, which translates to Live My Life. Living life and enjoying every bit of it fits the birthday celebration’s theme.

This song marked the return of Marc Antony to the music industry, who had taken a break for a decade. He has gained over a billion views for the song, showing he was truly missed.

This fun ballad will be the right pick for your playlist if you want to relive your childhood days on your special day or if you simply want to entertain yourself and your guests.

Listening to this track will create a feeling of nostalgia and give you memories from your childhood, enabling you to reflect on how far you have come. The song currently has nearly 40 million views on YouTube and is still growing.

Translated to Life is a Carnival; this song is the most popular song by Celia Cruz. The song was written by Victor Daniel and arranged by Isidro Infante in 1998.

This gem won the Tropical Song of the Year and became Cruz’s signature track before being covered by other popular artists.

The party anthem has elements of Salsa, a significant part of Spanish music culture. The song’s composers intended to spread positivity by conveying that life is a party.

If you want to enjoy your birthday and the life you have lived so far, this song will be a great addition to that playlist at your birthday party.

Before the group’s dissolution, the Las Grecas duo were among the most popular musicians in the 1970s, dominating the Flamenco-rock genre. The Las Grecas was formed in Madrid, Spain, by two sisters, and at the height of their success, they managed to sell about half a million copies of this song.

If you are a fan of classic songs or an old soul that wants a reminder of some of the most popular hits of the 20th century on your birthday, this piece will take you back in time and make you want to rock to it.

This song is the most commonly sung piece in nearly all Spanish-speaking countries. The song follows a translation of the popular Happy Birthday song that everyone knows.

Luna Llena has had 126 million views on YouTube since its release five years ago and millions of views from other streaming platforms. The song is the debut single from Malu Trevejo that enabled her to create a name for herself in the Spanish music scene.

This song is a great party anthem for your birthday party as its bass and rhythm are quite entertaining to get all your guests on the floor to dance to it. The song’s theme is about letting go and having a good time.

With over 19 million views, this song is a great birthday tune. Though there are no credits to the composer or person providing the song’s vocals, it is one of the most famous songs composed for an adult birthday.

The lyrics convey great wishes for a special day of celebration and love.

The song’s title is translated to “Dancing,” and will fit any partying theme. If you want to let loose and break a leg on your special day, I recommend Bailando by Enrique Iglesias as it is not only a global hit that will have any guest at your party dance to it.

The song managed to achieve massive success on its release becoming among the best-selling songs of 2014. There have also been remixes of the songs that contributed to this piece becoming more widespread, with a version featuring Sean Paul gaining about half a billion views.

I found it worth adding this song by Los Flamers to capture how the Mexican culture best celebrates their birthdays. Commonly known as the Piñata song, it is one of the most popular Spanish birthday songs. It has been passed down through oral traditions, which vary from region to region.

The most important part of the song at a birthday party is having a piñata where the birthday person is blindfolded and supposed to hit it. You can also make a piñata for your birthday party so that you can join in on the fun.

This song will always hold a special place in my heart as I associate it with my happy times. Suavemente is a composition of Elvis Crespo, a Puerto Rican artist, and it was part of his first album of the same name. On its release in 1998, the song topped the Hot Latin Songs chart.

Over the years, the song has many renditions of its upcoming artist who grew up listening to the artist make their version of the party song. One of the most notable covers of the song is by Pitbull & Nayer & Mohombi.

Though the Words Taki Taki means nothing in Spanish, the ensemble of artists that collaborated to make this magnificent track made an addictive song not only for the Spanish-speaking communities to rock at parties but also for the rest of the world.

The song mostly features Spanish dialect with a few verses in English, and its melodic electric beats will get you dancing. In the song’s lyrics, the artist sings about dancing and the possibility of love through music.

Mariachi being a fundamental part of Spanish culture, I found it worth adding a few song renditions that are a great fit for your birthday celebration. This contains different songs sung by the same mariachi group.

In this track, the distinctive style of the mariachi group entertained me through the special grouping of musical instruments. The vocals and performance of the birthday songs perfectly embody the Spanish culture and connection to it.

The last song on this playlist to play on our special day is Despacito by Luis Fonsi and Daddy Yankee. It will be an abomination for a Spanish native to have a party and not play the most popular Spanish song ever composed.

The song has over 8 billion views on YouTube since its release in January 2017. This party anthem has been credited to have played a significant role in putting Spanish music on the global music mainstream market.

The compilation above of Spanish birthday songs features tracks from different Spanish-speaking regions and how they celebrate their birthdays. The list contains songs that can bring nostalgia, as some of them you might have heard while you are a child.

Enjoy the songs on the list; perhaps you can add some of the tracks to your playlist of songs for your upcoming special day.