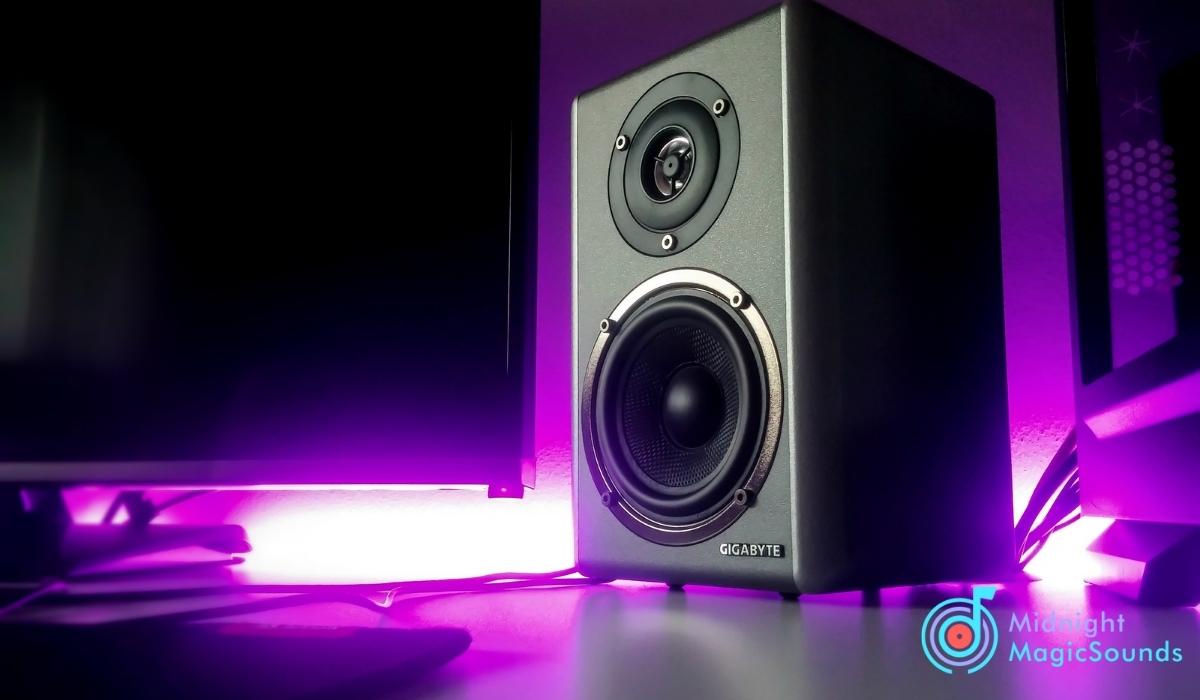 Any music fan has their go-to song to test a speaker’s quality. If you want to acquire a new speaker and do not know what to look into, I created this compilation of the best songs to test speakers that will help you find a home sound system.

The songs on the list span all musical tastes and genres, and you can select the track that suits you to hear a speaker’s audio performance.

Building an audio system can be a complex process, as you will have to test various elements of a speaker before you settle on your preferred sound quality.

This song will push the speakers you are testing to the limit through their powerful instrumentals without you needing to have advanced knowledge of both speakers and music.

The following are the humble tracks that I find worthy of testing any speakers with.

1. Turn Your Lights Down Low – Bob Marley & The Wailers

Bob Marley’s musical prowess has been credited to have made the reggae genre popular, which is why I find this piece from him a worthy entry to start the list.

“Turn Your Lights Down Low” can be the perfect piece to test your speaker’s space, as it can help you test the subtle reggae instrumental. Not many songs have the rhythm and output that is as effective as this piece.

With nearly a quarter of a billion views, it is a testament to fans of Fun’s appreciation of good quality music. A good speaker will show how good Nate Ruess’s vocals are.

The song’s combination of a deep kick drum and mid-low bass can be a great way to know your speaker’s range. If you are purchasing a speaker, then a good brand should be able to keep up with all the song’s notes.

Africa can be an excellent choice to blast on your music system as it has a great bass groove, harmony, and perfect vocals.

Combining those elements and more can be an irresistible factor in choosing this piece to see if you can hear all the little nuances. The classic song was released in 1982 and remains relevant 40 years later.

There is a reason why metal is viewed as a more aggressive form of rock. They can test multiple elements of a speaker when blasted, and I believe polyrhythm is the perfect piece for the job.

Marty Friedman has credited a Japanese group called perfume as the inspiration for his work, making a melodic instrumental.

When selecting songs that have bass to see if your speakers are any good, this piece by Lil Wayne should be your go-to song.

This is one of the best songs to test your speakers because it allows you to see how deep your speaker’s bass frequency can go. Besides the heavy instrumentals, the song contains some of the best sampled vocal sounds.

Rehab is a track from one of the most critically acclaimed artists of all time. The song has the best tonal variation and bass extension, and a good speaker will highlight these elements.

Amy Winehouse’s voice is exceptional, showing how talented the singer is. The song was released back in 2006, and it became a commercial success and is referred to as the singer’s signature song because of her battle with substance abuse.

A good test involves checking the tonal range of your music system. Rhapsody has an excellent melodic piano tune accompanied by an equally excellent orchestra performance.

Good speakers can easily follow the back-and-forth switching of frequencies from the plaintive piano to the flutes, oboes, or clarinets. The song was composed in 1924 and is 17 minutes long, but you will be entertained every second you listen to it.

The New Zealander singer is an artist who stands out from others. Royals is an electro-pop and art pop that draws its influence from multiple categories, such as indie and hip home, making it widely loved by many.

The song has an incredible synth and bass, and its initial impact of the boom can be noticeable at the beginning.

It is one of the group’s most famous songs, and most sound engineers love using this piece. This is because it has multiple musical elements, instruments, and layers, such as opera and symphonic rock, making it one of the best songs to test speakers.

The choir part of the song can be beneficial when testing tonal balance.

Jessica Simpson wrote this song and released it on her fifth studio album of the same title. A Public Affairs is a synth-pop song that draws inspiration from multiple genres.

This disco-themed piece consists of multiple layered vocals common in most average pop songs. You won’t be surprised if you get into the groove and dance along to the tunes when blasting it on your speakers.

Chandelier is the lead single in Sia’s sixth album and is an emotional force centered on the artist’s tone. The song’s instrumental is entertaining and impressive.

So far, the song has managed to get over 2.5 billion views on YouTube and never gets out of style.

Released in the early nineties, “Leave That Thing Alone” made me realize Rush’s technical proficiency and ability to create music better than most musicians in their genre.

This song is truly a rock masterpiece; listening to it on your speaker will make you realize how good they are. The most beautiful part of the piece is the brief bass solo at the end.

The Thriller Album blessed us with some of the best pieces ever composed by Michael Jackson. Out of all the pieces, I found Billie Jean as one of the best songs to test speakers because of its initial bass line.

Produced by Quincy Jones and Michael, he nearly removed the bass intro as he deemed it too weak. It was later released, and this shows that sometimes producers can be wrong.

Though some rock songs are not that dynamic, The National anthem is different as it will give you a good sense of the quality of your speaker.

I found this piece perfect because of its electronic semblance and chaotic nature from multiple instruments, and it is probably one of the most complex songs from the group.

From the instrumental, you will discover that the song contains everything from compressed drums to surprisingly catchy horns.

If you are in a somber mood of regret, I suggest you listen to wasted time by The Weeknd. The song has modern upbeat bass beats that will get that speaker to treble when you are testing it.

The song’s general sound melts nicely with the artist’s lyrical flow. I found the song not overwhelming as it has a great chill vibe.

On My Level’s sound gives the song a mainstream approach to how a bass line in the hip-hop genre should be. I think this timeless song is one of the best of 2011, not only because of its popularity but because it is all-rounded.

In the track, Wiz khalifa featured Too Short, and the producer, Danny Morris, is also credited to have contributed to penning down the lyrics.

17. Bullet in the Head – Rage Against the Machine

Though it might not be one of the cleanest songs, it contains dizzying riffs that sound really cool. Rage Against the Machine is known to create music with consistent bass, and this piece goes a step further as it will capture your attention with a glorious bass solo.

This is one of the best songs to use while breaking in your new speaker, as it lacks the complexities of all other songs in the list. The song does not contain any rhyme structure; random sounds appear from anywhere and will unexpectedly end.

This weird randomness of rhythm drum patterns and melodies is excellent for testing your speaker’s frequency range.

As one of the pioneers of punk rock, this Sex Pistols song is an excellent choice to test your sound system’s overall focus.

The song is a perfect mix of drums and hard vocals that will test your speaker’s ability to form and amplify coherent sound. The group released this iconic song in 1977, and I still find it a great piece to listen to once in a while.

This song was composed in 1829; though it was a long time ago, it is one of the few pieces that contains a remarkable range of sound. You can be able to test how somber and quiet your speakers are.

To end this complication of songs, you can use Journey to test your speakers; it’s a song by pop-gods of the ’80s. The ballad shows why we love the band. The song’s best part is the guitar solo by Neal Schon that brings together Steve Perry’s vocals.

These are the best songs to test your speaker for various elements. This compilation contains songs from pop to jazz and classics made two centuries ago.

Though every song on the list is unique in its ways, the one thing in common in all of them is that they contain fantastic instrumentals and vocals that stand out from traditional songs. They are the perfect songs to use when subjecting a particular speaker to various tests before making up your mind.