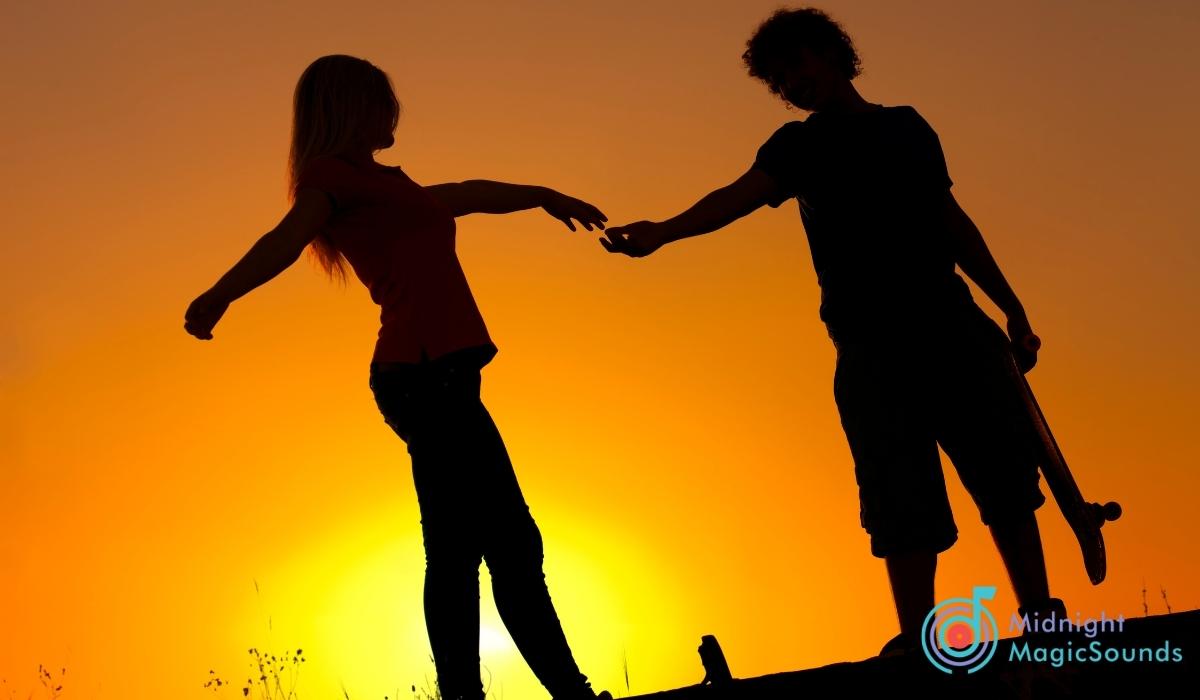 Teenage love is special and adorable as it often is our first relationship. If you want to reminisce on your teenage romance, I recommend this playlist of the best songs about teenage love.

The playlist covers songs from multiple genres and musical styles from artists of different generations. Some of them are emotional ballads that celebrate young love, while others are lessons that show the journey of learning what love is from a teenager’s perspective.

If you are a teenager and in love, you can dedicate some songs in this compilation to your love interest to woo them. You never know if some of these timeless melodies can help you win a heart.

The compilation explores some of the best romantic melodies you will ever hear about young love.

To start the compilation of songs in this category, I found Baby by Justin and Ludacris to be more than worthy. With nearly three billion views, this piece has proved to be one of Justin Bieber’s best songs, making him a global icon.

Released in 2010, the song has become an anthem about young love and continues to grow in popularity over time.

Recommended: 21 Best Songs About Being 19.

Released on Katy Perry’s third studio album with the same title, the song became a commercial success and one of her most popular pieces on the album.

Teenage Dream is written from an adult perspective and is the story of the narrator’s love for her new lover. The euphoric feeling she encounters reminds her of her teenage years and makes her feel like one.

Alicia Keys’ voice always perfectly captures the mood of the song she’s singing. In this piece, I believe she captured the theme of teenage love effortlessly.

If you are a fan of the singer, this song will bring you back many memories, especially if you were in a relationship during its release in 2008.

If you want to feel nostalgic by listening to a song or want to dedicate one to your lover, this piece by Jennifer Lopez will not disappoint.

The song is most relatable to teenagers getting into their first relationship. It has R&B tunes accompanied by electric pop, a signature sound for J.Lo.

5. The First Cut Is The Deepest – Sheryl Crow

Out of the multiple songs about teenage love, this one is my favorite piece about the pain of losing your first love. While we all hope to end with the ones we fell in love with for the first time, most of the time this is not the case, as, over time, the relationship will end because of one reason or another.

If you want to reminisce on the good times and let the pain off your chest, you will enjoy this song by Sheryl Crow. I’m sure many of us haven’t gotten what we expected from our first relationship.

Teenage Dirtbag is probably Wheatus’ most famous song. This song is about young love and is sung from the perspective of an awkward teenage boy who is in love with a girl he feels is way out of his league.

If you haven’t heard the song before, I recommend you listen to it to take part in the viral challenge, as this song is a recent trend on TikTok and other social media platforms.

Taylor Swift composed this song and compared it to the tragic love story of Romeo and Juliet. It was based on a real-life experience that sh perhaps had with Joe Jonas of the Jonas Brothers.

Her story is similar to Romeo and Juliet because her parents disapproved of her relationship, calling her love interest a creep. However, in her version of the story, there is a better ending that is not tragic.

8. The Only Exception – Paramore

Paramore tells a unique story of overcoming the fear of being in love. The Only Exception opens up by narrating the artist’s resentment towards love when she was a teenager as she witnessed her parents breaking up.

Even though she is reserved, she finds someone willing to let her guard down and opens up to him to be the only one to have fallen in love with.

9. The One That Got Away – Katy Perry

Katy Perry has a couple of songs about teenage love, but this is one of my favorite pieces as it talks about the realities of what we experience after falling in love for the first time.

The One That Got Away is a song about regrets and wishes that things could be different. She regrets what ended up happening, saying that in another life, she would be his girl and keep all the promises made.

10. What Makes You Beautiful – One Direction

What Makes You Beautiful is among the first songs by One Direction that contributed to their massive success. The boy band went on to compose so many love songs after this piece, but this song stands out because it aged well compared to other songs from the era.

Since its release in 2011, it has accumulated over 1.3 billion streams on YouTube alone and continues to rise. I highly recommend you check out this song about teenage love if you haven’t yet.

If time travel were available, most of us would love to go back in time to experience the first moments we fell in love for the first time.

This American country rock piece gives me nostalgia for the first time I ever locked lips with someone through its upbeat instrumental which is quite entertaining.

Kip Moore’s husky voice, combined with incredible storytelling, made this song one of the best country songs. Though the artist is underrated, his skillful songwriting ability has steadily increased his music career.

This song narrates the story of two teenage lovers’ relationship that the girl’s parents disapprove of. The song’s lyrics detail an-us against the world account from the young lovers.

Stacy’s mom is one of the most eccentric songs about teenage love I have ever listened to and enjoyed. The song is about a teenager experiencing puberty and being attracted to his female friend’s mother.

Adam Schlesinger wrote it after getting inspired by his friend who had a crush on Adam’s grandmother. While very out of the ordinary, this is a fun song to listen to.

This song perfectly summarizes the feeling of being in love for the first time. The song’s lyrics are truly timeless, with the song being from the 1950s.

This tune tells tell the protagonist’s story of being deeply in love. The romantic ballad has a lifting melody that sounds amazing even though it was released several decades ago.

The Young, Dumb, and Broke music video reminds me of my senior year at high school and shows that most of us share the same experiences in life.

This hit song by Khalid tells a story that love knows no age and financial status. It was released in 2017 and became a high school anthem for teenagers as it gives a bittersweet vibe.

After the success of Young Dumb and Broke, Khalid collaborated with Benny Blanco and Halsey to make this track that highlights the growth of teenage love.

The song takes us through the story of lovers who met at seventeen. The song’s lyrics show the pressures, happiness, and pride through a relationship that lasted a long time.

Taking us back to the 80, this classic piece is one of the best songs about teenage love. Released in 1982 this melodious tune takes me back to my teenage years.

Compared to other songs of the same category, I found this piece refreshing as it has a great vibe that will get you singing along.

Not all relationships last, and this track from the Chainsmokers shows how hard being a teenager can be. Love is a learning process and failing relationships should not discourage us.

In this tune, they remember the breakup of a teenage relationship but also cherish the sweet moments they shared.

Luke composed this piece showing the beauty of a relationship that he experienced over the summer while he was young. The song shows how he wished the brief moment would last forever.

The song has a more stylish modern country theme that is unique from similar songs in the same genre.

Call Me Maybe is one of the most contagious songs I have ever listened to, as I have been singing along every time I hear it play. It tells the story of a teenage girl that is smitten and takes a chance by trying to connect with the man she loves.

All her efforts to exchange contact with her crush are in vain, as the song video has one of the funniest plot twist endings you will ever see.

The last song on this compilation is “Thirteen,” which was released in 1972. This classic folk piece explores and narrates the feelings that start as a love interest from a teen boy.

The story shows the boy’s attempt to get closer to his love interest by offering to walk her home after school and various other things. This song reminds me of when I was young.

Love is an intense feeling, and while it may not be permanent with your first love, reminiscing on past emotions can help you put perspective on what you need in the future.

I found listening to songs about teenage love the best way to be nostalgic about the first time I fell in love and get entertained with some of the best lyrical compositions on young love.

Most of the songs on the compilation cover the happiness that comes from being in love, excitement, and heartbreak.