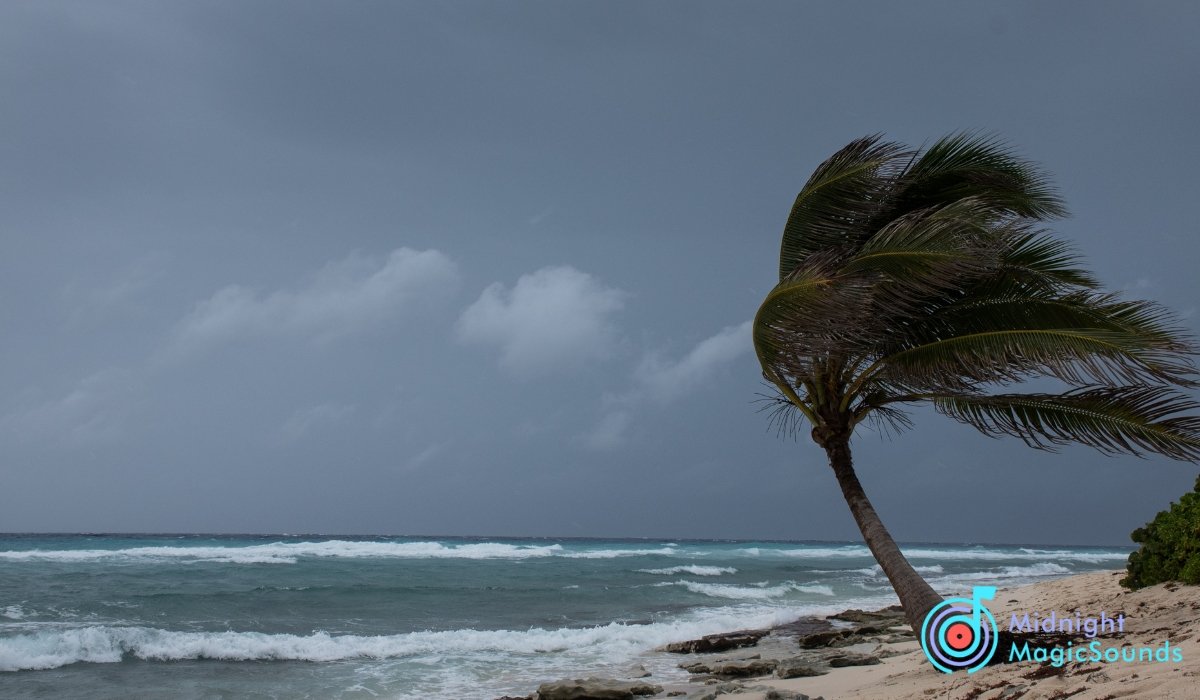 Songs about hurricanes are some of the most common songs about weather phenomena that I have ever heard. Hurricanes are devastating natural occurrences.

They cause countless deaths and the destruction of property and the environment. People usually panic and are in disarray as they scramble for safety.

Songs about hurricanes use this phenomenon as a metaphor for situations that destroy their lives; these situations are mostly relationships.

Most relationships end in turmoil and hatred between the two parties involved. Songs rarely talk about hurricanes in the literal sense except for those that have talked about climate change or served as warnings.

These are the songs I have found fitting to put in my list of songs about hurricanes:

This song lives up to its name, and it’s like a shot of adrenaline. It is a rock song that starts with an electrifying electric guitar and doesn’t let up until the end.

This song is part of Scorpions’ ninth album. They do an amazing job at packing this song full of energy. It speaks about hurricanes metaphorically, but that does not take away from the fact that it is a joy to listen to.

It was inevitable that someone would compare heartbreak to a hurricane. For anyone who has ever been through a heartbreak, I think they would appreciate the comparison.

Luke Combs talks about trying to move on after a breakup. He finds it difficult because as soon as he thinks he has moved on, he sees her again, and it hits him like a hurricane.

3. After The Hurricane – Jazmine Sullivan

The hurricane in this song is the looming breakup that seems inevitable in a relationship. The man in the relationship ends things with the woman, and now her heart is broken.

The song captures her pain as she sings about the heartbreak in a 2000s soulful R&B beat. It reminds you just how bad things can be at the end of a relationship. This song can carry you through that sadness and help you move on.

“Hurricane”  is about a man who fancies a girl. The girl comes off as intimidating even though she is very petite.

The song is about him battling his fear of the girl and working up the courage to talk to her. As the song ends, it seems like he finally does talk to her.

Whenever I listen to this song, I immediately think of love at first sight. It was inspired by a woman to whom Neil Young saw and became attracted.

Neil describes her as a hurricane and says she blew him away. He wrote this song back when he had vocal problems and could barely sing.

The lead singer of the band just had her heart broken and is drinking her sorrows away. The song is about being at your lowest after getting out of a relationship.

It puts into words the feelings we go through when we go through a heartbreak. We have all been here; to the point where we feel hopeless and like things could not get any worse. If you’re going through this point, then this song is for you.

7. Riders On The Storm – The Doors

If you’re looking for unique-sounding music, look no further because this song could best be described as psychedelic jazz-rock. I especially love the addition of thunder in the background.

The song can be seen as an autobiographical account of Morrison’s life: he considered himself a “Rider on the storm.” He makes reference to his problematic relationship and how he wants it to continue.

8. Surfing In A Hurricane – Jimmy Buffet

This song about hurricanes is about surfing in one. It is about taking risks and living life on the edge.

Jimmy was inspired to write this song when he announced his intention to surf at Folly Beach in South Carolina before the impending Hurricane Florence arrived.

Waiting for the Hurricane is about a person who went on a vacation only to find that a hurricane might be hitting the place he went to. It will make you feel the helplessness of being caught in a hurricane.

He describes the panic ensuing as people rush to go home. Flights are canceled, fishing boats return from the sea, and people can only wait until the weather improves.

This song is about Rubin “The Hurricane” Carter, an American-Canadian boxer who was wrongfully imprisoned for murder.

The song is a tribute to him and all the challenges he went through. It also sheds light on his wrongful imprisonment and, in general, the mistreatment of people of color by police.

Hurricane wants you to empathize with those who are singled out by people who are in power and misuse it.

When it comes to heartfelt songs, few people do them as well as Dido. She dedicates this song to her lover. She claims she is ready to protect their relationship through the worst situations possible.

She will face problems the size of hurricanes to prove her love. Everything about this song shows Dido’s love, from the touching lyrics to the delivery full of emotion.

This is a cover of the paragon’s 1967 song. Blondie sang the song to a reggae background, and it sounds amazing. The song is about a person being interested in another, but she finds herself in a challenging situation.

She doesn’t want to give up and will try to be the “number one” for the person she desires. The song has a very mellow vibe and makes you feel like you’re in the Caribbean with your significant other.

This song about hurricanes is about a woman, and just like a hurricane, she enters his life unexpectedly. He becomes infatuated with her and cannot stop thinking about her.

She disappears unexpectedly, leaving the protagonist bewildered. The song captures that feeling of seeing someone breathtaking that captures your attention for the few moments that they are in your life. Sadly we never see these people again.

If you’re going through a difficult time, then this song might help you through it. Mumford &  Sons motivate you to continue going through your lowest moments.

They give you hope for better days by assuring us that what you are going through will pass. The song is almost somber in its tone, even though it is trying to encourage you. Remember, the storm will pass, and you will see sunny days again.

The rain in this song stands for the sudden sadness that sometimes comes over us. This sadness could be triggered by anything, from memory to the weather.

It’s hard to pinpoint why these feelings suddenly show up. They creep up on you, pop into your mind, and take you to a painful past. Eurhythmics tackles this topic with a synth-pop tune that is unique and catchy.

Recommended: 21 Best Songs About Being 19.

This song about hurricanes warns you about the consequences of getting into relationships just because you are lonely. You may end up getting into an abusive relationship which could have been avoided if you had been more cautious.

It talks about a girl who made this decision and got stuck in a bad relationship.

Try this one out when you need a change from the love songs. It talks about the earth and how we are ruining it. Charles tells us that we are killing the planet and references climate change.

This warns us to stop polluting the earth and encourages us to do better in preserving mother earth. Climate change has been a big topic for years now, and it is just a matter of time before the consequences of our actions catch up.

The persona in this song is talking about how she was completely smitten with someone. It compares the man to a hurricane, saying he “blew her away.”

She believes they are meant to be together and pursues him relentlessly. Bette Midler paints the picture of someone who is hopelessly in love, jumping through hoops to get the other person to fall for them. Whether that is love or desperation is up to you.

This song about hurricanes is about two people with contrasting personalities. They love each other despite their differences. It is often said that most lovers share a lot of things in common.

With this in mind, you can understand how “hurricanes” appear in the relationship. Love is about understanding each other’s flaws and learning to accept them, and The Script understands this fully.

He knows their relationship is troubled, but he hangs on in hopes of saving it. He anticipates even more trouble for them. You can feel his struggle to convince himself that things will improve in time.

21. Hurricane – Theory of a Deadman

If there ever were a situation that a hurricane could perfectly symbolize, it would be a divorce. The singer feels like a hurricane has swept through his marriage.

He is willing to endure any pain to get through the divorce, as he wants this situation to be over. He tells us that he did not expect his marriage to end but just like in a hurricane, we don’t get to choose who gets affected and who doesn’t.

A hurricane is a force of nature that is extremely destructive. It completely disrupts people’s lives. It occurs abruptly and hits hard; it ends just as quickly as it began.

It is only logical that it is used metaphorically in relationships. When relationships end, they destroy people and can drive them to their lowest points.

The beauty of it is that we find a way to get back on our feet and move on. We push ourselves to overcome adversity, and that is what these songs about hurricanes remind us of.