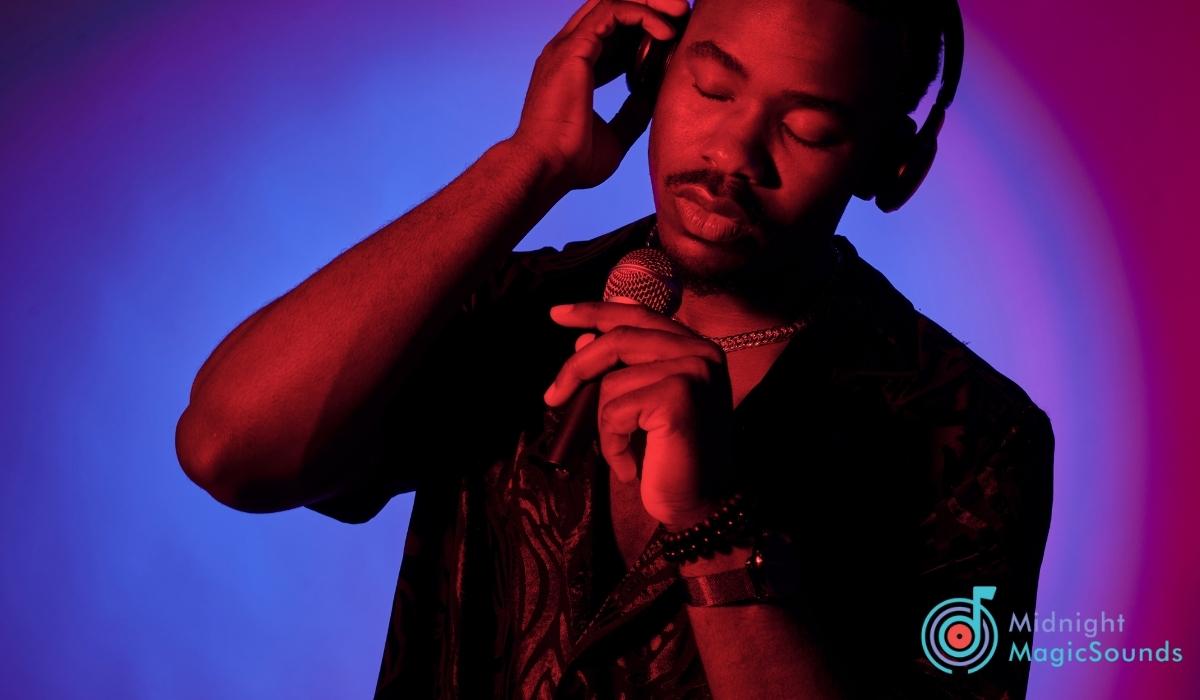 Music cuts across language and speaks to the heart. While everyone has their list of the best artists or bands of all time, the song playtime has changed.

Nowadays, songs may vary in length, but there was a time when 3 minute songs were the standard. This resulted from listeners’ preference for songs with shorter time frames. Another reason was the phonograph records in the 60s were three minutes long from either side.

3 minute songs also don’t take up a lot of storage space, making them ideal options for people who want to set up lengthy playlists. This post will discuss the 21 best 3 minute songs of all time. Continue reading to learn more.

21 Best 3 Minute Songs of All time

The songs on this list are some of the greatest 3 minute songs from artists and bands worldwide based on their reception or commercial success.

The track “She’s got a way” is the first song on Billy Joel’s debut album Cold Spring Harbor. The song was released in 1971 but was re-released ten years later in the “Songs in the Attic “album. This track gained popularity and continued to set the tone for Joel’s future releases.

The song describes a specific lady feature that makes him fall in love with her. The singer is deeply in love but does not understand why. It is said that the lyrics reflect the feelings Joel had towards his first wife.

2. Spirits in The Material World – The Police

This single was based on the written works of Arthur Koestler, a Hungarian philosopher. The word material in the song’s title describes the absurd value placed on material things over knowledge. The lyrics highlight the failure of man’s institutions.

Killer Queen is an English Rock single by Queen. It’s from their third album, Sheer Heart Attack, released in 1974. It was written by their most famous member to date: Freddie Mercury and peaked at number 2 on the UK singles.

In the song, Freddie Mercury claims that being a prostitute is a title any lady can have, including an elegant one. The song borrows from Marie Antionette’s line “let them eat cake,” comparing how classy prostitutes offer their services.

Spanish Bomb is an English punk rock band known as The Clash. It is part of their album “London Calling” released in 1979.

Joe Strummer, one of the members of The Clash, found inspiration from the tension present in Spain at that time. He also took an interest in the Spanish civil war in the 1930s hence comparing these two moments in the track.

5. You Are the Sunshine of My Life – Stevie Wonder

The progressive soul track “You are the sunshine of my life” was composed by Stevie Wonder in 1972. It’s from the album “Talking Book,” and it became Wonder’s third chart-topping single on the Billboard Hot 100. It also won him a Grammy for best male pop vocal performance.

Stevie Wonder drew inspiration from his Ex-wife Syreeta whom he loved dearly. The song expresses how he loves her, remembers why he does, and promises to continue.

The Next Episode was composed by Dr.Dre and Snoop Dogg. The song is characterized by the iconic “Da da da da da” at the beginning of the song. It was produced in 2000 and gained popularity worldwide, selling over 2.8 million singles and streams worldwide.

The track is believed to be the duo’s sequel to “Nuthin but a G thang,” a party song. It encourages listeners to relax, party, and celebrate success.

7. The Kids Aren’t Alright – The Offspring

The offspring is an American band that released the song “The Kids Aren’t Alright.” It was off their fifth studio album Americana. The track was recorded in 1998 and was a commercial success selling over one million copies worldwide.

The song takes an opposite turn from the theme of the rest of the album as it is inspired by Dexter Holland’s trip to his old neighborhood. The singer laments how American youth have wasted their potential.

8. Thank the Lord for the Night Time – Neil Diamond

Thank the Lord for the Night-time by Neil Diamond is part of his album, Just for You. The song’s catchy beat made it a listeners’ favorite, ranking at 13 on the US Pop Chart.

Diamond drew his inspiration from African American gospel music. He encourages his listeners to forget the troubles of the day and relax.

This track was released by an Alternative Rock band, Cake, in 1996. It’s part of their second album, Fashion Nugget. It has been featured in movies such as Turbo (2013), Alvin and the Chipmunks, The Simpsons, etc.

Its songwriter, Greg Brown, states that this is a sad song. The track reflects on the achievements and failures of life. It talks about doing the very best to achieve a particular goal.

10. A Fifth of Beethoven – Walter Murphy

A Fifth of Beethoven is a 3 minute instrumental song by Walter Murphy. It was released in 1976 and adopted its name from Beethoven’s symphony. It made a slow start, ranking at 80 on the Billboard Hot 100 but eventually topped the chart.

The instrumental is sampled from Beethoven’s 5th symphony since the classical piece is free to use. The composer was a classical student and was famed for playing almost every instrument. The single is the upbeat version of the symphony.

11. Feel Good Hit of the Summer – Queens of the Stone Age

Feel Good Hit of the Summer is Queens of the Stone Age’s first track in their second album, Rated R. It was written by band members Nick Oliveri and Josh Homme. Radio stations were reluctant to play it due to its heavy drug influence, but this didn’t hinder its success.

Nick and Josh’s inspiration to write this song stemmed from their history of drug use. That’s why you’ll find a list of drugs they ingested and experiences they’ve gone through.

The Allman Brothers are an American rock band known for the hit song Midnight Rider. It was composed by vocalist Gregg Allman with the help of Robert Payne and released in 1971. It ranked at 27 on the US Billboard Hot 100 and 6 on the Hot Country Singles Chart.

The song speaks about moving on despite life’s challenges. Allman states that he will not let anyone catch the midnight rider referring to the different obstacles on his path.

Terraplane Blues was written and released by Robert Johnson, a well-known slide guitarist. His song was recorded in 1936 and became a favorite, selling 5000 records.

The song gained popularity from its sexual references. The song might seem to refer to a car, but in a real sense, it talks about several sexual innuendos. This track’s lyric is part of Zeppelin’s inspiration for his song Trampled Underfoot.

Elvis Costello is the singer and songwriter behind “Oliver’s Army.” The song was featured on his third studio album, “Armed Forces,” released in 1979. The song performed well commercially, reaching number 2 on the UK Singles Chart.

The song is named after Oliver Cromwell, the Parliamentary army’s leader in the Civil War. He explains that the military is the only solution for young unemployed people. He wrote the song after seeing young British soldiers walking around with machine guns.

15. I Bet You Look Good on The Dancefloor – Arctic Monkeys

“I Bet You Look Good on the Dancefloor” is part of Arctic Monkeys’ album, “Whatever People Say I Am That’s What I’m Not”. It gained popularity after its release in 2005 and even topped UK and Scotland charts.

The track talks about a man inviting a lady to come and dance with him on the dancefloor. The track has a lively beat and catchy lyrics.

“Black Horse and The Cherry Tree” is a single from KT Tunstall’s album, “Eye to the Telescope”. The Scottish singer released the track in 2005 as the lead single from her album. It ranked at number 28 on the UK singles chart.

KT Tunstall drew her inspiration from a stray black horse in an olive garden in Greece. She wrote the song years later while in Scotland.

Wannabe was written by Matt Rowe and Richard Stannard, members of the English girl band Spice Girls. This debut single gained a lot of commercial success peaking at the top of the US and UK charts.

The song is about the value of friendship and how they value their friendship more than relationships. It was written after their first release became too explicit to be aired on the radio. Matt Rowe and Richard Stannard composed this song from different bits and pieces and had it ready within an hour.

It is about a teen who commits suicide after breaking up with his girlfriend. The lyrics, which are more of a joke than anything else, were written by Sting in a matter of minutes.

Ariana Grande’s “7 Rings” is the most recent song on this list. Of the 3 minute songs on the list being released in 2019. It’s part of Ariana Grande’s fifth album, Thank You Next. The song became a hit record, receiving over 12 million streams on Spotify, numerous nominations, and an MTV award.

7 Rings came out after a “pretty rough day” Ariana Grande had, after breaking up with her ex, Pete Davidson. After going out with her friends, she bought them all matching rings, hence the song’s title.

The last 3 minute song on this list is going to be Queen’s “Crazy Little Thing Called Love”. Released in 1979, and included in their album “The Game” (1980), this song did amazing, peaking 2 in the UK Singles Chart, topping Billboard Hot 100 in the US, and also topping the Australian ARIA Charts.

Written by Freddie Mercury, it was recalled in Mojo magazine that “The idea for the song came to him while he was in the bath. He emerged, wrapped in a towel, I handed him the guitar and he worked out the chords there and then. Fred had this knack of knowing a great pop song.”

Purple Haze is one of the top UK 1960s singles by Jimi Hendrix. It was released in 1967 and included in the Grammy Hall of Fame. The song features Hendrix’s distinctive guitar playing skills and mastering of sounds.

Hendrix was inspired to write this song from a dream. He dreamt that he was under the sea, covered by a purple haze that he was lost in. He continues to narrate his experiences and how Jesus Christ saved him.

Music is undoubtedly the food to our souls. The songs listed above are all-time 3 minute songs you can find. They represent a music length standard that has stood the test of time and has continued to be used in new releases.

As you take your time to listen to them, we hope that they entertain you. Cheers!