Oh, wait, I’m supposed to go through the motions of being objective. Full disclosure, I’m a huge fan of Sony. It has a lot to do with some of my first gadgets coming from this brand. Remember the mini-disc? Xperia Play? Rolly? Pure genius.

It also has a lot to do with me never having issues with Sony audio equipment. Remember that sports MP3 player? I had it for eight years, even though I used and abused it daily. The only reason I stopped having it is because it got caught in the elevator door. Don’t ask.

To be honest, when the Beats hype started, I simply rolled my eyes and went the other way. I’ve seen celebrities release a bunch of stuff over the years. Color me unimpressed.

Unimpressed until the Beats came along. When I tried them on for the first time, they were actually pretty good. Though I have to be honest, my expectations were criminally low. As far as I know, they have only been improving since then.

But, in a Beats Studio 3 vs Sony WH 1000xM4 showdown, who wins? We’re here today to find that out. At least you’re here to see me try to be objective and give both pairs of headphones a fair chance. 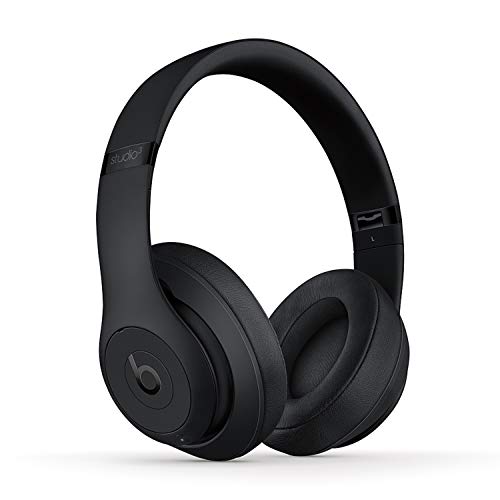 ✔ Foldable and case for easy storage

✖️ Need a soft reset to switch to cable

✔ Foldable and case for easy storage

✖️ Need a soft reset to switch to cable 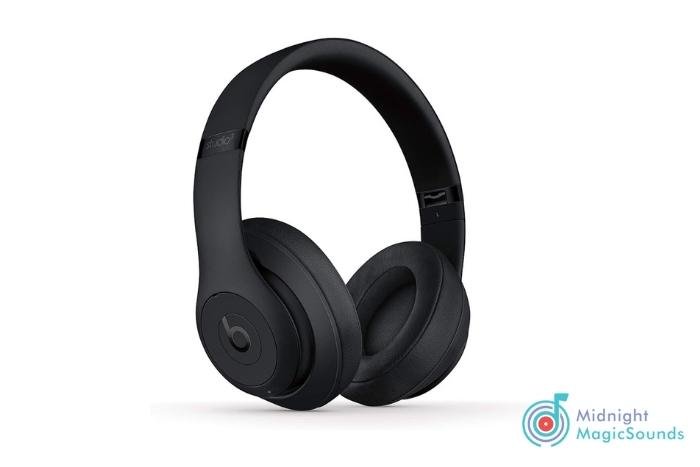 As I said before, I expected that these would be over-hyped garbage. Prior to playing with them, I’ve seen a bunch of influencers wax poetic. If there is one thing I learned in the last decade, it’s never to trust influencers.

If I didn’t have to write this, I would never bother with them at all. But, you know what? I’m glad I did in the end.

I think I can safely say that the Beats are music headphones. Shocking, right? They seem designed to make contemporary mainstream music more bearable.

Cheap digs aside, I found they perform better than a lot of other models from the same price range.

I’m personally not too keen on their look, though. They resemble something I’ve seen in anime before, but not in a good way.

Another issue I have is with the learning curve. Just like anything else produced by Apple, you need a while to figure out how to set everything up. Even then, sometimes, you have to jump through hoops to switch from wireless to cable. 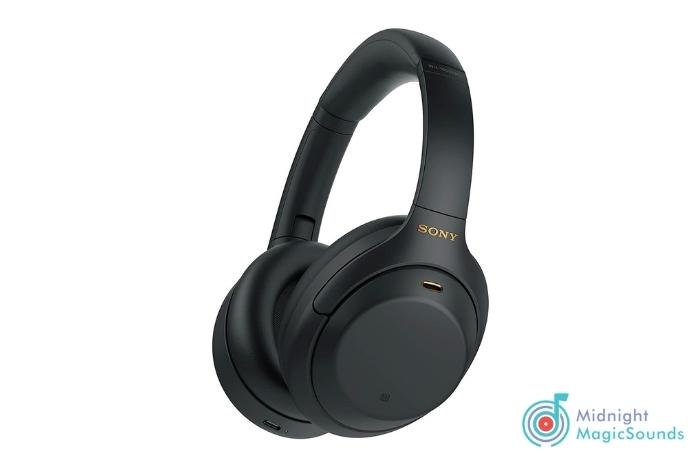 I was very excited about this pair. Sony takes me back to when I was a kid and looking forward to getting my DiscMan. That thing was bulky and skipped all the time, but it was the coolest thing ever.

Skip (only) a few years, and I still look first at what Sony offers when I need anything tech-related. You can interpret it as bias or interpret it as setting the bar high.

First look and I’m into this combo of minimalistic and retro design. They have this interesting 60s vibe without looking like they fell out of an Austin Powers’ movie. I have a slight with proportions, but it’s nitpicking at this point.

The important thing: did these headphones reinforce my trust in Sony? Yes. They are everything I would expect when buying their audio equipment. The price is a bit steep, but I think they are worth it.

But they are not perfect. The user manual and the app instructions are not written well. It’s easier to poke around and figure things out on your own than rely on those.

Plus, there’s a huge learning curve with the control touchpad. It’s very sensitive, and it will take time for you to figure out how to approach it properly.

Both pairs of headphones feel sturdy. The beats are foldable, so that’s something that worries me a bit. However, no red flags in that department for now.

The Sony cushions feel softer, but Betas ones seem to be of better quality. No scrimping on anything. I’m very satisfied with the what I’m getting at this price point.

Both pairs connect to any device that supports Bluetooth or an AUX cable with a 3.5mm.

Sony seems to have a slightly better Bluetooth range, but it’s not a significant difference.

Recommended: Tozo T6 vs T10 Wireless Earbuds: Which One is Best for You.

I think there is a slight difference between Sony and Beats, but it’s not as if one is overall better than the others. I would have to say that Sony is a better multitasker, while Beats work better with music that requires bass.

Sony’s bass is not bad at all, but you can hear the difference. You can hear that a rapper made the Beats. This also makes them a bit more useful when gaming.

Sony, on the other hand, has a better range. I preferred it with almost every single other genre of music but rap and hip-hop. I prefer them for movies and most video games.

Both pairs produced clear and full sound, and it really came down to nuances.

When playing video games, I found Beats are slightly better when you need to hear footsteps, but I preferred Sony for the immersive sims I prefer to play.

I also saw a bit of a difference when watching movies. Beats did a smidge better in the Michael Bay test, aka while watching something with a lot of explosions. Sony gave me more when watching horror and atmospheric slow burn movies like Valhalla Rises.

Both are equally good at noise canceling. If there is a significant difference, I think you can detect it only with professional equipment.

However, I saw a few people complaining they don’t react well to the Sony’s noise-canceling technology. If you’re sensitive to this stuff, take this into your calculation.

For bands and overall fit, I think the eventual result will depend on your head. Sony’s fit feels more on the snug side.

Sony is about $100 more expensive than Beats, so we know who wins in this category. In terms of build and sound quality, the Beats are a better value.

That being said, we have to consider cost per use. As mentioned, my experience with Sony products is they can last for years, until you leave them too close to the elevator door. I don’t know if I can expect the same longevity from Beats. Someone else can answer that better than me.

Pushing them to the max

We can’t have a Sony WH 1000XM4 vs Beats Studio 3 showdown without seeing how each pair fares in “unusual” situations. That means we have to do something that the manufacturer may not expect.

First comes the Mayhem test. If you’re new here, it’s a band I go for to see if audio equipment can handle any music that wasn’t polished to perfection in a studio. Don’t google it, it will wilt all your plants.

Both headphones passed this test. The sound stayed clear (at least as clear as it can be), and it didn’t feel like someone was trying to send me menacing messages from beyond the veil (at least as much it can be so with that type of music).

Next, I took them for a run. I think that most people are going to pick earbuds for high-impact activities, but you never know.

Well, I would prefer earbuds as well. A hike and a light jog were not a problem, but an actual run was simply not happening. I didn’t like either model for anything more strenuous than a regular commute.

Finally, I wanted to see how they would behave if I were a user with a hand disability or dexterity issue. To do this, I wear a pair of mittens to impede my movements.

They both pass. Sony had a slightly more convenient charging port access, but that’s about it. Oversensitivity may be an issue, but accessibility isn’t.

I think that unless a person had a severe disability, they could use these with no issues.

Okay, not a complete fatality. I like the Beats as well. But in the Sony WH 1000XM4 vs Beats Studio 3 argument, I have to go with Sony. It’s a personal preference, especially with the look (design) and fit.

I’m also prejudiced against celebrity-made products. How long are they supposed to last? Are we buying something just to show we didn’t forget about Dre?

It would take a lot of use and abuse for me to lose this scepticism. However, I would still recommend them without pause if the Sony pair is just outside of your budget.